Chicoine: We Need A DA Who Will Enforce The Law 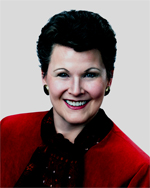 I am seeking election as your District Attorney because I believe the people of Los Alamos, Rio Arriba and Santa Fe Counties deserve a District Attorney who is committed to restoring respect for the rule of law.

We need change.  We need a District Attorney who makes clear that criminal conduct is unacceptable, and who is willing and unafraid to hold lawbreakers accountable.

Accountability means an end to revolving door justice. It means greater safety and security for all of us. Accountability makes second chances possible.

I was born in Iowa and grew up in Illinois. I received my undergraduate degree in international relations from Bradley University in 1977, then worked in Washington, D.C., and New York City for nearly 20 years representing individuals and organizations before state, national and international government and non-government bodies. I moved to Santa Fe in 1995 after my marriage to Tom Starke, who retired from LANL in 2012.

After working with legislators and our State Legislature in 1996 and 1997, I led a construction association in Albuquerque for seven years before leaving that organization in 2004 to attend UNM Law School. I received my law degree in May 2007.

Immediately after being admitted to practice law in New Mexico in the fall of 2007, I went to work in DA’s office for our First Judicial District, where I prosecuted hundreds of cases, including murders, assaults, child abuse, domestic violence, DWIs and white collar crimes. I cleared a backlog of 1,500 DWI cases.

In 2011, I was hired by the Attorney General (AG). From 2011 to 2015, I argued dozens of criminal appellate cases before the New Mexico Supreme Court and Court of Appeals. In 2015, our newly elected AG recognized me as one of our State’s top prosecutors and appointed me to his team of special prosecutors. I left the AG’s office in March of this year to seek election as your district attorney.

Throughout my time with the DA’s and AG’s offices, I was always willing to take even the toughest cases to trial in order to obtain justice for the people of New Mexico.

I ask for your vote. I would be honored and privileged to put my decades of experience to work for you as your District Attorney.

For more information on my platform and to see my complete biography, please visit my webpage, www.Respect4theLaw.com.