Chicken Little And The Sitting Ducks: On The Question Of Planetary Defense 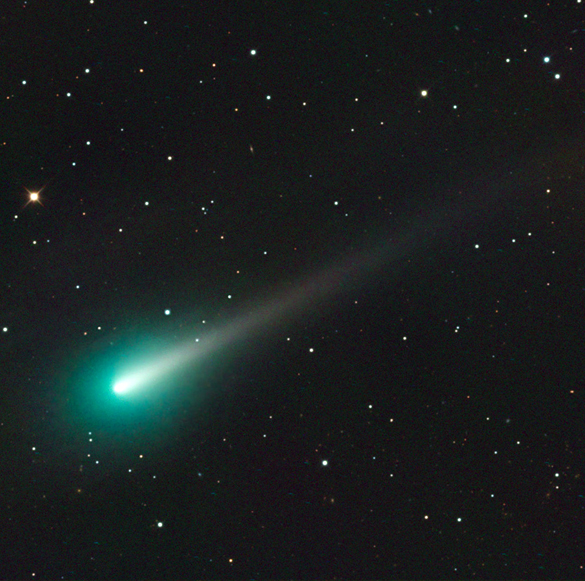 In 2014, the spectacular Comet Ison grazed the sun and disappeared. Courtesy/Hubble Space Telescope 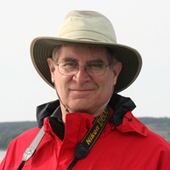 Glen Wurden, a plasma physicist at Los Alamos National Laboratory. has an idea about how the world could end: he thinks there is agood chance it maybe more with a bang, than a whimper.

Also an amateur astronomer, Wurdenis especially focused onasteroids and comets, random missiles whizzing around the solar system and occasionally colliding with moons or planets. He remembers comet Shoemaker-Levy 9 that broke into 21 pieces, some 2 km (1.2 mi.) in diameter, and splattered on Jupiter in 1994. Had it struck Earth, Shoemaker-Levy 9 would have been catastrophic.

Sixty-five million years ago on Earth, alarge space rock created the Chicxilub crater onthe edge of Mexico’s Yucatan peninsula and is thought to have caused the extinction of the dinosaurs and many other species. And that was only the third largest crater in Earth’s geological record.

In a paper in the Journal of Fusion Energy in November 2015, “A New Vision for Fusion Energy Research,” in a TEDXtalk at LANL, in presentations at MIT and theExploratory Plasma Research Workshop at Auburn University in February Wurden has honed a message and shaped the beginning of a plan to defend the planet and stave off a sky-falling disaster.

Asteroids don’t worry him so muchbecause they tend to be slower and more visible. There are more than 700,000, two-thirds of them numbered, according to a growing count updated March 6, 2016, by William Robert Johnson. Most asteroids originate inside the orbit of Jupiter, which makes them slower, easier to see and easier to track. They would make good test objects for a planetary defense system. “NASA would have time to do something,” Wurden says, if the Earth were threatened by an asteroid right now.

Most comets, on the other hand, come from the Oort Cloud out beyond Pluto. There are only about 5,600 of them on Johnson’s list, only a few that are numbered, about 3,600 with provisional designations and another 1,700 still unofficial. But there are millions more icy objects in the Oort Cloud that have yet to be categorized.

“When a comet comes in, it’s in a million year orbit and you have no idea what path it’s on,” Wurden says, and typically it can’t even be seen until it gets as close to the Sun as the orbit of Jupiter and by then, an earthling will have only 6 to 18 months of warning if its coming our way.

“We have no time to make a plan against a comet,” Wurden says. “Comets are the fastest objects in the solar system,” because they are falling, as if into the sun from so far away, it might as well be infinity.

To knock the object off its collision course, he says, you want the intervention to be as soon as you can and as far away from Earth as possible. “You’re not trying to blow it up because you don’t have enough energy, just a small push to throw it off course,” he said. Even then, even if you push as hard as you can six months out, Wurden says, the comet could still come closer to Earth than the moon.

In order to deflect one of these plummeting objects, it would take a rocket with orders of magnitude greater speed and payload carrying capacity.This is where Wurden’s day job as a plasma physicist comes in. In the paper for the Journal of Fusion Energy, he and a team of co-authors  note the diminishing funding and lackluster progress of the U.S. magnetic fusion program and ask, “Is there another, more urgent, unique, and even more important application for fusion?”

Wurden says yes. A rocket driven by a fusion thruster could provide the exhaust velocities needed to reach a killer comet in time to avert a collision course with earth. How will it be paid for? Wurden has made an actuarial calculation of the value of civilization over a million years and determined that an insurance policy for planetary defense should cost about $10 billion a year. He notes that $10 billion is less than an aircraft carrier, about half the current annual NASA budget.

Such a project would not only serve the need for planetary defense, Wurden says, but it would “ignite the human imagination.”