Simonich: Cherry Garcia Creators Have No Taste For Qualified Immunity 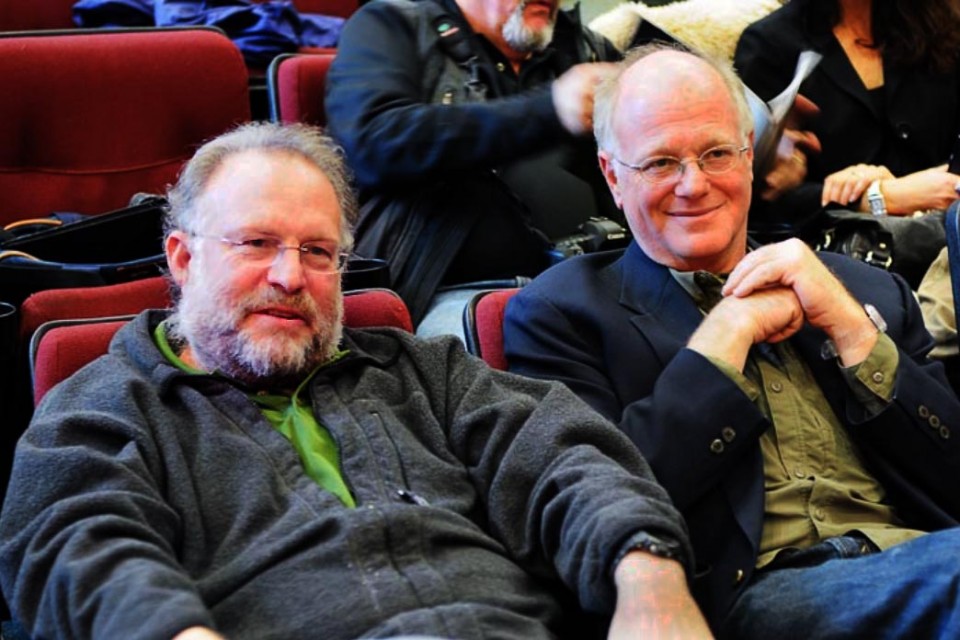 Sometimes one name is all it takes to command attention. Cher. Madonna. LeBron.

This story of political activism has two big names — Ben and Jerry.

Ben Cohen and Jerry Greenfield found fame by making ice cream. Now their interest is in making law, nationally and in New Mexico.

Ben and Jerry appeared Tuesday on an internet news conference with members of a half-dozen groups that support House Bill 4, which proponents also call the New Mexico Civil Rights Act.

It would bar the defense of qualified immunity in state courts when people sue a government agency on claims of abuse by police officers or other public employees.

New Mexico’s legislation is compatible with a national campaign featuring Ben and Jerry along with hundreds more well-known personalities. The goal of that effort is to end qualified immunity as a defense for police officers.

“We respect and appreciate the above and beyond the call of duty work that most policemen are engaged in,” Ben said. “But we are committed to end this get-out-of-jail-free card for bad cops.”

Without hesitation, he moved to the issue of race in allegations of police misconduct.

“This is not a black problem. This is a white problem,” Ben said.

“The law enforcement officers that we arm and pay to protect and serve are brutalizing and killing unarmed Black and brown people right in front of our eyes. And we’re letting them get away with it. Everyone needs to be held accountable.”

“As businesspeople, we know that first and foremost accountability is the key to achieving desired results,” he said. “Qualified immunity is a fundamentally unfair and unjust policy.

“We repeatedly see unarmed Black people abused, maimed and killed with no accountability for police. And without accountability there will be no trust and no healing within the communities that police serve.”

State Rep. Georgene Louis, D-Albuquerque, is a sponsor of HB 4. She said the proposal might not increase litigation or drive up government expenses. In her view, the bill could have the opposite effect by creating a fairer system for the public.

“If there are no violations of a person’s civil rights, the cost is zero,” Louis said.

Most of those appearing with Ben and Jerry were aligned with liberal organizations, but there were exceptions.

“I think it’s critically important that everyone understand that government and in particular law enforcement’s number one responsibility is to protect the rights of its citizens,” Goldstein said.

She is executive board chairwoman of a public policy group, the Law Enforcement Action Partnership.

Even with support from Americans for Prosperity and certain police officers, HB 4 has done badly with Republicans in the state Legislature.

The measure cleared the House of Representatives 39-29, but not a single Republican voted for the bill.

Now the proposal is in the Senate, where it has a decent chance at passage. The powerful chairman of the Judiciary Committee, Democratic Sen. Joseph Cervantes of Las Cruces, is carrying it.

I asked Ben and Jerry, creators of ice cream flavors such as Chunky Monkey and Cherry Garcia, if they would use their creative flair to lobby state senators.

“Jerry and I are not planning on speaking with legislators in New Mexico. However, if anybody wants us to, we’re happy to do it,” Ben said.

Barron Jones, senior policy strategist of the ACLU in New Mexico, joked that he might make the request.

Ben and Jerry have had tougher duty than persuading politicians.

With $12,000 in 1978, they launched their business with one ice cream store in the university city of Burlington, Vt.

The million-to-one shot came in. It made almost anything seem possible.