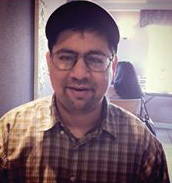 Charter schools are the hot topic in education nationally.

Virtual charters, of which there are three in the state, took center stage during a three-day session of the Legislative Education Study Committee (LESC) at the state capitol last week.

Lawmakers recognized the need to develop rules to oversee these growing online schools, especially since some are of the opinion that the schools’ connections to for-profit companies flies in the face of state statute.

Legislators said virtual schools are something they have been talking about since 2014, but significant questions still linger in regards to procedures of giving notice to school districts about online schools coming into their district boundaries, the minimum instructional hours provided and how those hours are to be tracked, and procurement issues.

Rachel Gudgel, director of the LESC, presented a detailed report to committee members which outlined further issues of concern including lease assistance funding for virtual schools, limits to the number of students who can enroll, transportation and capital outlay funding, and differences in operational funding compared to traditional public charters.

Gudgel’s report said virtual schools receive more funding per pupils, because they are not primarily driven by small school funding, rather they are driven by enrollment growth. For online charters, growth is easy because they don’t have the physical limitations that often hamper traditional schools.

For example, SB 9, also known as the two-mill levy, allows school districts with voter approval to impose a tax levy. Participating districts are then guaranteed a specific amount of funding supplemented by state funds, but since these funds are traditionally used for structural and transportation needs, it is unclear whether virtual schools should continue to qualify for funding.

State Rep. Stephanie Garcia Richard, D-Los Alamos, Rio Arriba, Sandoval and Santa Fe, said charters have been able to take advantage of funding mechanisms such as small school size adjustments and new program and growth adjustments intended for small districts because the Legislature didn’t do a good job initially of specifying which entities could apply for the funds.

“When we passed the Charter School Act we weren’t clear,” she said. “We didn’t say charters are not eligible for this. Now 16 years later, after the fact we are trying to do that. Charter schools are multiplying without oversight and we are trying to get a handle around how to deal with them.”

Although other states like Arizona have established different funding mechanisms which recognize differences in how students are enrolled, the committee’s director said accountability is an important concern given the state’s virtual schools are under performing academically in most states.

She referred to Stanford University’s Center for Research on Educational Outcomes (Credo) 2015 report which determined while virtual charters, including Santa-Fe based New Mexico Connections Academy, are a good fit for some students, most have to be disciplined and self motivated to achieve success.

Additionally, the study found students in online charter schools did not advance as much as expected based on students’ characteristics and experienced a decrease in learning time compared to traditional district students.

State Rep. Dennis Roch, R-Logan, said the state was in un-chartered waters (pun intended, I am sure), “New Mexico statutes cannot remain silent on virtual schools, that’s a budget hole we have to fill,” he said.

Although there has not been significant review or oversight of virtual charters specifically up to this point, there have been specific policy recommendations in regards to the charter school system in the state, most notably those outlined by the National Association of Charter School Authorizes this past summer.

The federally funded agency has conducted more than 70 evaluations of authorizes responsible for more than half the charter schools in the nation, including New Mexico. The association found that as of the 2014-15 school year, there are 6,700 charter schools serving 2.9 million children in the United States, including 97 schools and approximately 2,500 children in New Mexico.

In studying and reviewing the state’s mechanisms, the agency found the implementation of strong authorizing practices was significantly impeded by the Public Education Commission/Public Education Department structural dynamic.

“As the PEC is a quasi-independent body that officially serves in an advisory capacity to the New Mexico Secretary of education,” the evaluates wrote in their report, “Its decisions are subject to reversal by the Secretary. At the same time, the PEC relies on staff from the State Department of Education for some functions. This arrangement creates organizational conflict. New Mexico is not alone in this dual organizational quagmire, we have seen similar problems in Arkansas, where charter school quality suffers.”

The association recommended the Legislature abandon the dual entity structure in favor of allowing one entity to serve as the authorizing body.

“Our recommendation is to provide an efficient framework that provides access, accountability and autonomy,” the evaluators wrote.

Richard said the Legislature has been involved in discussions regarding charter school funding and oversight. SB 141, designed to close the loophole regarding small school size funding, and SB 165 aimed at preventing charter schools from double counting students in new programs as part of enrollment growth funding, both never made it out of the House during the short legislative session.

State Sen. Mimi Stewart, D-Albuquerque, said she was quite bothered by the fact the committee continues to ignore state law by sending public funds to a for-profit entity when the state does not have enough money to do so.

Some lawmakers said they worried about state virtual charters contracting with a firm with ties to the British textbook conglomerate Pearson Education, which also administers the state’s P.A.R.C.C. assessment exams. State statute prohibits charter school governing bodies contracting with for-profit entities for the management of the charter school.

State Sen. Howie Morales, D-Silver City, echoed Stewart’s concerns, suggesting the testimony of New Mexico Connections Academy Principal Jodie Dean during a hearing before the committee in regards to the school’s funding was a “game changer” because it was the first time that a virtual charter had admitted to being a for-profit operation.

Morales suggested the committee could request that there be an investigation of criminal wrongdoing in regards to state equalization guaranteed distribution funding.

As Gudgel pointed out in her report to the committee, there has not been a significant review in the state to see if virtual charters are a good investment for New Mexico.

I would concur with the director’s assessment that all states, including ours, should examine the progress and funding of virtual charters before allowing further proliferation.

Ariel Carmona Jr. is a former education reporter for the Rio Grande Sun. He has written, among other publications, for the Orange County Register, Community Impact News based out of Pflugerville Texas, the San Gabriel Valley Tribune in West Covina, Calif. and AOL Patch media. Follow him on Twitter @AOCarmona