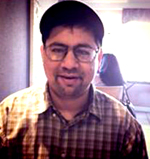 McCurdy Charter School Governance Board Chairperson Deborah Bennett Anderson had to answer to the Public Education Commission at a meeting earlier this spring where school officials were looking to secure an extension in order to finalize the necessary funding needed for construction of an $8 million two-story building.

Nearly four years prior, in 2012, the school had gone before the commission to present a long-term plan to address facility corrections which had been previously brought up by state officials. Commission Chair Vince Bergman was concerned school administrators had been granted a number of extensions and expressed reservations about granting the school more time. Commissioner Carolyn Shearman, who was on the board in 2012, expressed similar concerns.

The charter school, one of the largest in the state with a capacity for 584 students at the elementary and secondary level, was basically at the mercy of the commission, whose main responsibility as delegated by the state’s Public Education Department, is to authorize and oversee all state chartered charter schools in New Mexico.

According to the Public Education Department (P.E.D.) website, 55 state charters have already been authorized by the Commission. The rapid proliferation of charters and their accountability worries some educational leaders, including P.E.C. Secretary Karyl Ann Armbruster, a retired educator with 45 years of experience in elementary and secondary education in California and at Los Alamos Middle School.

Armbruster, who represents District 4 in Los Alamos, said she is concerned with the rules governing charter schools. When charters began there were so few that the regulations fit. The number of charters has grown, but state money given to all schools has not. The same amount of money is now divided by a larger number of schools. This is hurting the balance of funding made available to traditional public schools, whose enrollment often dictates the amount disbursed under the stipulations of the State Equalization Guarantee distribution (SEG) funds.

Unlike all other states except Hawaii, New York and other states boasting a large amount of charter and private schools, public schools in New Mexico are not funded directly through property taxes, but through the state’s equalization formula (SEG). That means that schools in all parts of the state receive the same funding per student, with allowances given to smaller districts.

For example, a traditional public school in a rural area with an enrollment of 500 students cannot receive enough funding through the SEG to operate so the state gives additional funding to these small districts. Small charter schools no matter where they are located also receive small school funding, even if they are in a larger district such as Las Cruces or Albuquerque. This is straining the system and an area of concern being discussed by the Legislature. Armbruster points out thought that “there is no easy answer because all schools need more money to educate our children.”

It is entirely possible that McCurdy would have been authorized by the P.E.C., even after countless delays and obstacles, including state officials having to take over the school’s troubled finances during its first five-year period as a state charter.

Under state laws, charter schools must renew their charter every five years, but Armbruster said since she has been on the commission, schools have rarely been denied a charter unless there are egregious circumstances.

Some in the education community, including the National Association of Charter School Authorizers (NACSA) fear the Commission has no real power since they are provided no staff for research and can have their decisions overturned by the Secretary of Education. There are several examples when they vote to close a charter, or not to grant one, that the Secretary of Education overruled them.

Case in point is the thorny issue of virtual for-profit charter schools. Although the P.E.C voted not to allow them to open, Secretary of Education Hanna Skandera overturned the decision. Skandera is an advocate of charters, which she has stated provide parents and communities with more educational choices. Yet, a number of studies have shown, virtual schools don’t perform better than their brick and mortar counterparts. Virtual charter schools receive the same funding per student as brick and mortar schools, and for-profit virtual schools can have up to 2,000 students each.

There have been a number of bills introduced to deal with the charter school issues, but although they ran almost unopposed through the senate, they were killed once they reached the house during past legislative sessions. However, the issue of virtual charter school accountability and funding, as well as the use of state SEG funding for state charters was addressed at the Legislative Education Study Committee this week at the state capitol. It is sure to be revisited by the Legislature in the coming months.

There are now several virtual charters in the region, including Santa Fe and Albuquerque. The Pecos Connections Academy was approved for the 2016-17 school year by the Carlsbad Municipal School District. What all these online schools have in common is the potential to shortchange students in traditional public schools by siphoning off dwindling state funding, while delivering mixed educational results.