Chapman: Thoughts On Cicero’s ‘On Duties’ With Reflections On The Events Of The Past 12 Months 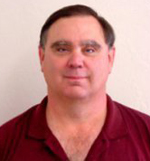