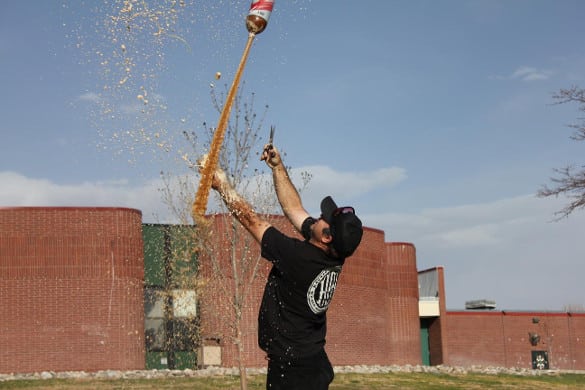 Chad Lauritzen, known as the ‘Sci Guy’, demonstrates science at Chamisa Elementary School. Close observation of the photo will reveal, the string, Mentos, cork and paper clip all in mid-air, after the separation of the cork from the bottle. Courtesy photo
C’YA News:
Champions of Youth Ambitions, a local organization dedicated to youth success through education and recognition, celebrates their fourth anniversary this week, as a community non-profit.
C’YA, as it is often called, is primarily known for hosting the annual Community Asset Awards, youth leadership and of course science education in elementary classrooms with Chad, the “Sci Guy.” While the Sci Guy tends to take a break during the summer, next month, children can visit with him at Science Fest 2018.
The Champions of Youth Ambitions board includes, Claire Swinhoe, Pauline Powell Schneider, Megan Pfeffer, Karen Greenfield, Debra Minyard and Valerie Harris. The diverse group represents education, health, senior issues and various community organizations. Bernadette Lauritzen is the organization’s Executive Director and Chad Lauritzen is the Science Educator, both volunteering their services to provide programming.
Board President, Claire Swinhoe is proud to be part of an organization that specifically works with, and recognizes, the youth of our community.
“I want all children, regardless of their nationality, ethnicity, background and educational ability to feel wanted and appreciated,” Swinhoe said. “It is very important to me that every child feels that they are important in this world.”
Swinhoe enjoys her involvement with the group, particularly highlighting the efforts of youth in the community and recognizing youth and adults that may go un-heralded with the Community Asset Awards. Nominations are accepted throughout the year at www.cya-nm.org, with nominations closing in December and awards presented in January of each year.
As the group holds a meeting this weekend to plan for the future, the organization will bid adieu to founding member, Pauline Powell Schneider. Powell Schneider has been with C’YA not just through the last four years, but from the inception of the plan to apply for legal, non-profit status, developing the roles, guidelines, articles of incorporation and more. Her role as Executive Director of the Los Alamos Retired and Senior Organization has included collaborating with C’YA on the Festivals of Trees and the Chocolate, to raise funds and encumber them until C’YA’s official designation in June of 2014.
“Pauline is one of those remarkable ladies who has a finger in many pies and is constantly working to improve the lives of many people, not just seniors,” Swinhoe said. “She is like a swan in a river, who is swimming along looking calm, while underneath her legs are thrashing about and she’s working really hard.” 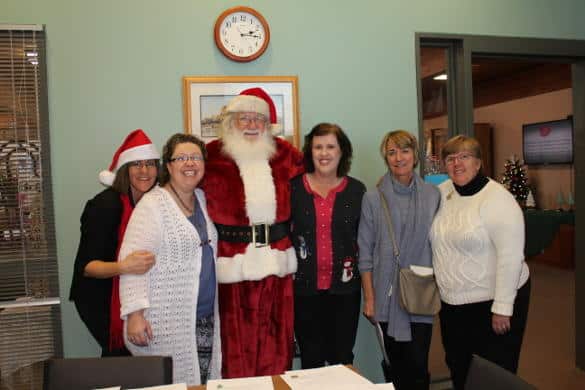