Chamisa Musical “Working On the Hill” a Huge Success! 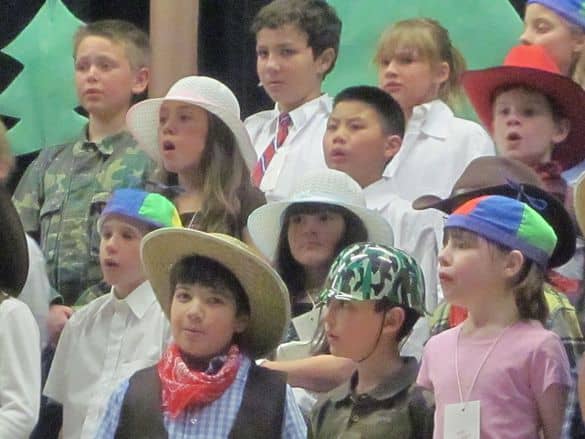 “On the Hill” shows children, moms, scientists, ranch boys, conquistadores, and settlers from the Hill’s history.

Beginning with the first inhabitants, the ancient pueblo people, the program progressed forward in time featuring the conquistadores, the Hispanic settlers, the Santa Fe Trail, and the Ranch School Boys.

General Groves and Robert J. Oppenheimer took the stage with solos, as the workers, the wives, the children and the soldiers from the World War II time sang about their place on the Hill.  Oppy and Groves sang about knowing “The World Would Never Be the Same Again”.

The musical ended with the workers of today’s Hill, celebrating the discoveries, technologies, and missions of present day.

Carmino Ravosa was commissioned in 2005 to write the musical as a tribute to Los Alamos and its history. Audience members responded enthusiastically and several commented that the Lab just may sound a little different tomorrow, because of the catchy tune, “We Are Working On the Hill”.

Chamisa is so lucky to have the leadership of Ms. Letellier in Music, the support of the middle team teachers and staff, and the talents of the third and fourth graders. 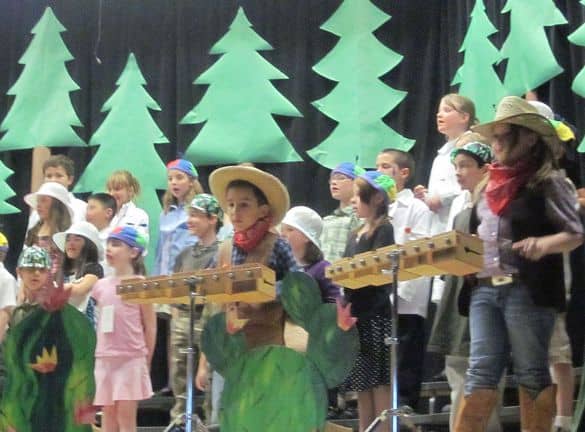