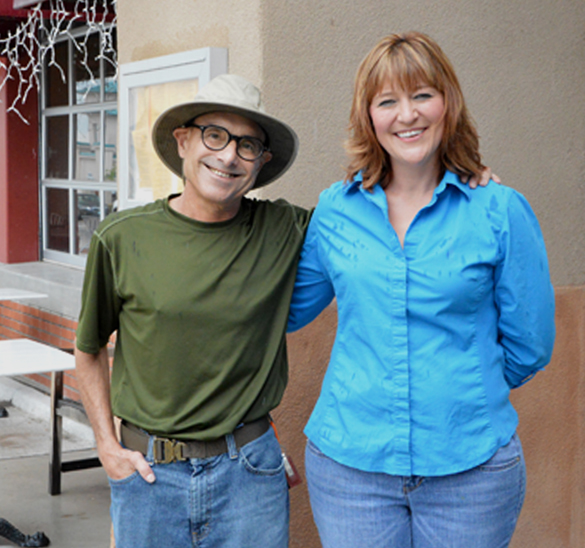 Central Park Square owner Philip Kunsberg and Blue Window Bistro owner Melissa Paternoster in front of the building he just bought and where she is going to move her popular restaurant in the next few months at 1789 Central Ave. Photo by Carol A. Clark/ladailypost.com
By CAROL A. CLARK
Los Alamos Daily Post

“I just couldn’t stand to see the building deteriorating,” Kunsberg said, adding that the newly purchased building will be an extension of Central Park Square. He is renovating the building and his maintenance crew will maintain it.

Kunsberg also is renovating the restaurant space, which he has leased to Melissa Paternoster who owns the Blue Window Bistro a few blocks down the street at 813 Central Ave.

“Melissa is known for operating a very professional, high quality restaurant and I know she is going to do very well in this new location,” Kunsberg said.

Paternoster said she hopes to open in the new location in time for the holidays and made it very clear that she intends to keep the menu and atmosphere the same as it is now.

“The goal is for it to be the Blue Window up the street,” she said. “People love how it is and it’s very important to me that I don’t lose touch with that. I love the space I am in but there are infrastructure problems.”

Paternoster will continue operating her restaurant in its current location until she moves into her new space. She will bring her full liquor license with her when she moves. She plans to sublease her current space to someone in January until June 2017 when that lease ends. She also has plans to create an outdoor patio in the spring that is comparable to the one she has now.

“We’ll have seating for 120-140 people and host events and fundraisers and have live music,” Paternoster said. “We are going to remove the walls dividing up the dining room and bring in our removable walls, which we can take out when we have large events.”

Paternoster explained that because of the infrastructure problems where she is now she has looked at every possible location in town during the last five years hoping to find the right fit for her restaurant.

“This is the perfect space and in working on this with Philip over several months I realize he is more like a partner than a landlord,” Paternoster said. “He has been so much help and I’m really excited with the renovations and can’t wait to get moved in.”

The restaurant space has had quite a turnover in recent years. Min Park owned it when it was called Central Avenue Grill. He went into bankruptcy in March of 2012. Denise Lane took over the space in July of that year and named it The Dixie Girl. She sold it in November 2013 to Victor and Patricia Medina who launched a “name the restaurant” survey through the Los Alamos Daily Post and “The Manhattan Project” came out the winner. A bankruptcy judge ordered Medina to close the doors in May 2015. Brian Appell launched his eatery in the space in October 2015 and called it High Elevation. His landlord took back possession of the space in May 2016.

Kunsberg expressed no doubt that Paternoster will break that unfortunate trend.

“Melissa’s track record of professionalism has earned her the respect of the community and I know she is going to make a great success of her restaurant in this location and be here for many years to come,” Kunsberg said. 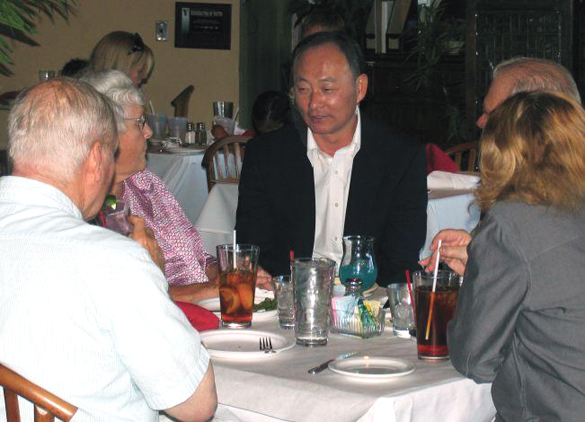 Min Park, center, speaks with community members who turned out March 31, 2012 at Central Avenue Grill for one last event before the restaurant, which went into bankruptcy, closed for good. Park and his wife Monica thanked people for their support over the years. Donations from the event went to the Los Alamos Public Schools Foundation. Photo by Bonnie J. Gordon/ladailypost.com 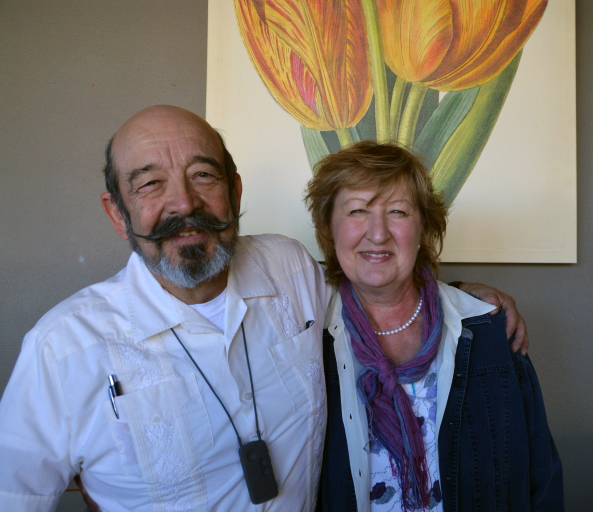 Victor Medina, left,  purchased the Dixie Girl Restaurant in November 2013 from Denise Lane, right, and renamed it the Manhattan Project Restaurant. Photo by Carol A. Clark/ladailypost.com 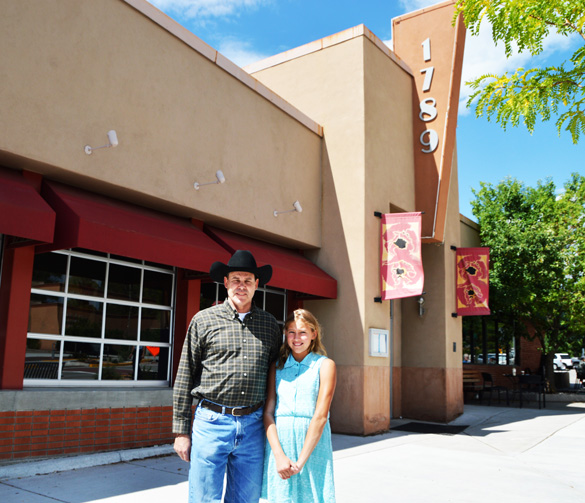