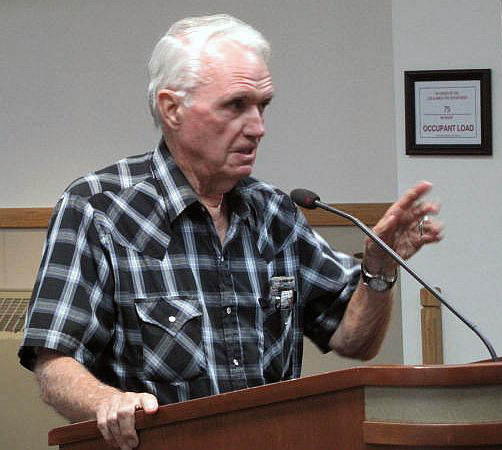 The State issued an order Tuesday to stop a Los Alamos resident from selling unauthorized securities to senior citizens and retirees in an illegal scheme.

The New Mexico Regulation and Licensing Department’s Securities Division issued the cease and desist order against Jerome Griggs Beery who sold securities totaling more than $200,000 to mostly retirees and senior citizens in Los Alamos, in violation of state law.

Beery, 79, who is not a state-licensed investment broker, has been ordered to cease selling unauthorized promissory notes to residents of Los Alamos and any other New Mexicans. He raised tens of thousands of dollars from at least 10 Los Alamos investors from January 2007 through July 2013 with a promise of paying annual interest ranging from 4 percent to 12 percent. All investors lost nearly $170,000, according to the Securities Division.

“We want to warn Los Alamos residents about this individual who has been preying on vulnerable investors who are elderly and retirees,” said Alan R. Wilson, Securities Division Director. “Mr. Beery is not a licensed investment broker and none of his promissory notes are registered with the State as required under the law. He is peddling promissory notes as investments, in a very risky and illegal scheme.”

Beery allegedly told two investors he invested their money in MF Global that filed for bankruptcy. The Bankruptcy Trustee for MF Global told State Securities investigators that there was no record of Berry investing in MF
Global. Beery also raised $93,000 from promissory notes from six Los Alamos investors to remodel a home in Albuquerque. However, that house was remodeled two years earlier, and no remodeling occurred after Beery collected the investors’ money.

Beery filed for bankruptcy in February 1994 and he has liens from the Internal Revenue Service for unpaid taxes worth $126,000.

Wilson warned investors to be cautious before investing their money.

“The Securities Division maintains a list of all licensed brokers and approved securities for investments. By calling us or visiting our website, investors can find out if a broker is registered with the state and if the investments he or she selling is legitimate,” Wilson said.

The Regulation and Licensing Department’s Securities Division protects New Mexicans from fraud and financial abuse by licensing investment professionals, registration of securities made in the state, and offering anti-fraud and educational programs to the public, and investigating fraud and other violations of the state securities laws. To learn more about investment fraud, visit the division’s website at www.RedFlagsNM.com.

Editor’s note: Beery could not be reached for comment.