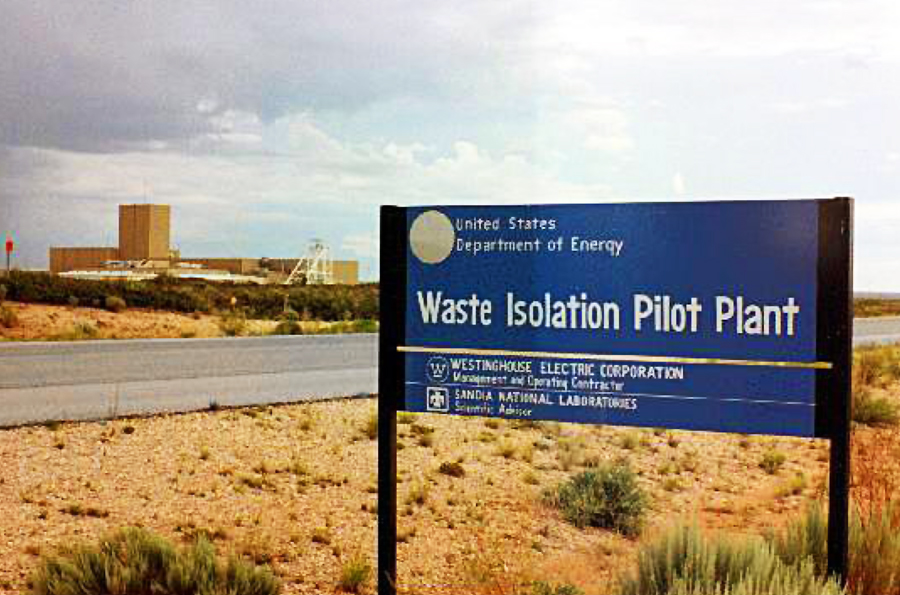 It has been almost two months since the vehicle fire and radiation release from the Waste Isolation Pilot Plant (WIPP) and we don’t know the essential facts about what happened. We do know that the radiation release was never supposed to happen, and the federal government is unprepared to safely address the situation. In fact, the Environmental Protection Agency, charged with determining whether WIPP would leak in 10,000 years, said it would not.

On Wednesday, two eight-person teams traveled down an elevator to the underground salt mine located 2,150 feet below the surface. It is the first time that people have entered the site since the Feb. 14 radiation release. They wore anti-contamination suits with air-breathing units. First reports indicate that no airborne contamination was detected. That was expected since they entered where outside air comes into the mine and the workers were more than 1,000 feet from where they will find contamination.

Joni Arends, of CCNS, stated, “We understand that plans needed to be prepared in order to ensure the safety of the workers re-entering the mine, and we applaud the Department of Energy (DOE) for being thorough. On the other hand, for more than 15 years, CCNS has pressed DOE and the New Mexico Environment Department to enhance the emergency preparedness requirements in the hazardous waste permit in anticipation that such an event could happen. We were ridiculed by the agencies. And now we see that our concerns were more than justified.”

For decades, the non-governmental organizations have made suggestions to promote enhanced protection of workers at WIPP and community members living along the WIPP transportation routes.  Those organizations and others are continuing to carefully monitor what’s happening and demanding that all information be made public. But those efforts are not enough, given the unprecedented nature of the release and the many unknowns.

Now is the time for an independent investigation of the radiation release. An Accident Investigation Board was formed to investigate the vehicle fire, which was composed of DOE employees and consultants. Their report is out and now they have been charged with investigating the radiation release. But they are not doctors and epidemiologists who are qualified to assess the exposures received by at least 21 workers. Those people, and the DOE, do not have all the expertise needed to create a plan to decontaminate a salt mine from the first-of-its-kind accident. There will be no easy, fast solution as to what will happen at WIPP. We do know that an independent investigation is needed now.

Contact your U.S. senators and representatives to request that an independent investigation of the radiation release at WIPP be conducted: