Catch and Release: The Saga of Judge Raphaelson, Aaron Nguyen, and Public Safety 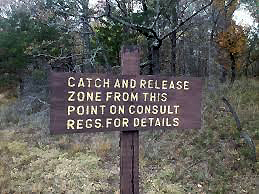 Somewhat incomprehensibly, District Court Judge Sheri Raphaelson has once again given convicted burglar Aaron Nguyen a get out of jail free pass. This is in spite of her telling him at his initial sentencing hearing, on multiple felonies, that if he violated any of the terms of his probation, he would go to jail for the full term of his sentence.

Mr. Nguyen promptly violated those terms and it would seem he called Her Honor’s bluff. Indeed, Judge Raphaelson is now saying “A prison sentence for a 100-pound, 19-year-old boy is grossly inappropriate … I do not hesitate to send people to prison who deserve to be in prison … I am not sending Mr. Nguyen to prison.” So much for having a stick to go along with that judicial carrot.

It doesn’t take a great deal of imagination to recognize that a “100 pound, 19-year-old boy” is quite capable of wielding a gun and using it to destructive effects equal to that of someone larger and older using the same weapon; indeed, that’s why the old saying goes that God made men, but Sam Colt made them equal. For those who need examples, one only has to think of Columbine or Newtown.

Presumably there is some small risk to society when a young man who, according to the Los Alamos Daily Post is reportedly bipolar, is a felon convicted on firearms charges, who was caught with a whole bedroom of stolen guns, and who unlawfully entered a public school in violation of his sentencing restrictions is now in residence at one of our state universities. That he is residing at a college after being banned from a school should give Judge Raphaelson pause.

There has to be a balance between sending someone who can be rehabilitated to jail (or some other form of involuntary confinement) and ensuring the safety of the community. Judges and parole boards make those calls. Many in the community, perhaps not the direct victims, might have supported the initial judicial decision had the trust not been broken last November. Perhaps many still do, but it would be interesting to find out.

I think we all hope that anyone in such a difficult position is able to reform and rehabilitate without further legal turmoil or community jitters — but few of us want to be buying deadbolts for our doors or guns for our bedstands in peaceful Los Alamos. Therefore, I think it’s time that the public had a discussion about that balance between lenient treatment vs. public safety in more general terms.

According to a web search, Judge Raphaelson ran unopposed in the last general election to which she stood for her office. Hopefully, next time she will have an opponent and the public will have the opportunity to weigh in on not only how we pass judgement on the defendant in the docket, but on how we ensure the safety of our community.

Finally, this whole episode calls into question the notion of passing more gun control laws. When judges run catch and release programs out of their courtrooms, it’s not likely that more laws would do much good because the ones we have on the books are not being enforced effectively. The message this story sends is that there is less in the way of accountability for those who are guilty of society’s most serious offenses, felonies, than I’d like to see. Let’s examine that problem at the next judicial election cycle.

“…The real problem here is the way in which the law looks at the crime of burglary, particularly residential burglary. It is, in most every state, considered a “property crime.” But ask anyone who has been victimized in this manner, and he or she will tell you it is, in reality, a “crime of violence.” Perhaps not a direct assault on the victim’s person but a violent assault on one’s sense of safety, security and comfort. The psychological damage can be enormous.” –Former Sheriff’s Deputy MacKenzie Allen, in a Santa Fe New Mexican Reader’s View