Candidates For Sheriff Square Off At League Forum 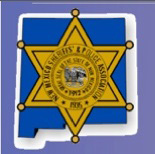 Granville said the County is suffering from “litigation fatigue” and he is willing to work on relationship building with the County Council and Los Alamos Police Department. He looks forward to the duties of sheriff being clearly defined through working with the Council and LAPD. His experience as a business owner and on multiple non-profit boards equips him for working with all the parties, including citizens, as a liaison, he said. Healthy communication and “taking care of and respecting each other” are the goals Granville said he would work toward as sheriff.

Luchini said his career as a small business owner has prepared him for the tasks of management and negotiation in the office. He said the duties of a sheriff were defined in the State Constitution, which overrides the County Charter. He sees connecting citizens with appropriate services and maintaining the sex offender registry are important roles for the sheriff’s position. The County Council should restore the duty and funding of the service of civil process serving to the sheriff’s office, Luchini said.

“The office is fragile,” Luchini said. “A sheriff who doesn’t believe in the office won’t be effective.”

Whitehead pointed to his background as a soldier in the U.S Army Infantry, as a deputy fire marshal and a fire protection engineer, which he said have prepared him for serving as Los Alamos County Sheriff.

Whitehead agreed with Luchini that the State Constitution should supersede the County Charter. He said the County is lying about crime and substance abuse statistics in Los Alamos. His main reason for seeking the office is his commitment to public service and helping others, Whitehead said.

White said he is running because he cares about the community.

“Leaders would be required to at least listen to my ideas if I’m elected,” White said.

White’s background includes service In the U.S. Coast Guard, during which he trained at the FBI Academy, he said. White said he then went on to serve in the U.S. Air Force and has experience as a security officer for a casino. Because he is retired, White said he can fully devote himself to the office of sheriff.

As sheriff, White said he would try to help teens caught up in the justice system and use the office to help with the problem of teen suicide.

All the candidates agreed that it is up to the County Council to set duties and funding for the Sheriff’s Office. Whitehead said County Government is “refusing to have a discussion with the community” about crime and the role of County Sheriff. White said he looks forward to working with a new Council on defining the duties of sheriff.

White said he believes the sheriff should have a role in investigating corruption in County government. Granville said this is the role of the FBI, not the sheriff’s office.