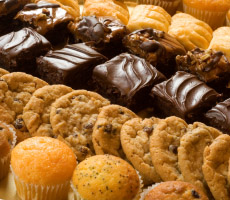 UPDATE: The Los Alamos Hilltalkers Speech and Debate team bake sale scheduled for today has been cancelled due to weather conditions.

The high school speech and debate team will accept donations in exchange for homemade treats including spanakopita, red bean paste buns, macaroons, caramels, brownies, cookies, breads and cakes. Baked goods will be available in small portions, as well as whole cakes and loaves.

The speech and debate team is raising money to hold the New Mexico State Speech and Debate Tournament Feb. 26-28 at Los Alamos Middle School and LAHS.

During this school year, The Hilltalkers have attended six tournaments in New Mexico and two national tournaments in Austin, Texas and Tempe, Ariz., creating a need for additional funding for transportation and tournament fees.

After holding the state tournament, the Hilltalkers are aspiring to compete at the National Speech and Debate Tournament to be held in June in Dallas, Texas. The Los Alamos Hilltalkers has approximately 60 members and placed fifth out of 137 schools in the debate category in December at the University of Texas Longhorn Classic national tournament.

Earlier this month, the Hilltalkers placed 10 out of 87 schools in speech and debate categories at the Southwest Championship national tournament at Arizona State University.

This year, the Hilltalkers have won individual speech and debate titles at many tournaments held in New Mexico.