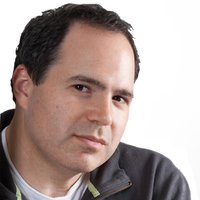 SANTA FE – Never before in the history of our planet has it been more important for scientists to connect with the nonscientific public.

The world’s future hangs in the balance. Can scientists become better at making themselves heard and believed?

Marc Kuchner, PhD, astrophysicist and the author of the book, Marketing for Scientists: How to Shine in Tough Times thinks that scientists can do better. He has been invited to speak at a private event at the Santa Fe Institute in June of 2015 to share strategies for marketing scientific projects and work in a more effective manner. “Scientists must discover how to get their ideas across vividly to the public while still maintaining their professional integrity,” Kuchner said in a recent interview.

She is the author of Influence: Speaking to Win. Vadurro states that as multifaceted global challenges arise, such as climate change, the loss of biodiversity, human population explosion, water shortages, and warming oceans just to mention a few; the public looks to the scientific and engineering fields for answers and explanations.

Vadurro says the biggest challenge for the scientific community is connecting with audience members on an emotional level. “Whether the audience is a member of the public, a potential buyer of a product or a sponsor of programs, the difficulty for the scientist lies in their ability to shift gears from left brain thinking to right brain. People buy-in to ideas, products and/or services based upon an emotional need.” Vadurro says scientists can lose an audience when they get bogged down in the minutia.

Kuchner goes further by saying “the scientific community hasn’t grasped the concept that if they wish for their projects, ideas and studies to resonate with the public they must learn the art of speaking, presenting and marketing as if they were in sales.”

Kuchner and Vadurro will help the Northern New Mexico scientific community hone their messages for greater impact and resonance. Two programs are open specifically for employees of LANL; one geared towards scientists, engineers and technical staff and another for managers, administrators and supervisors. For more information go to www.speakerslive.com, email Berna@speakerslive.com or call 505.983.8986.

Astrophysicist Marc Kuchner earned his PhD from Caltech and studied at Princeton and Harvard as a postdoctoral fellow. As a staff scientist at NASA Goddard Space Flight Center, he uses supercomputers to make models of exoplanetary systems. Marc’s award-winning book “Marketing for Scientists: How to Shine In Tough Times” explains how modern marketing has come into alignment with scientific values, and how marketing can help you get jobs, win grants, and shape the public debate. Scientific disciplines praised the book’s unique angle and breadth of research. Ecology described it as “a must-read for ecologists and, indeed, for all scientists, mathematicians, and engineers at all career stages.” Dr. Kuchner has presented and worked with scientists from Harvard, Yale, Caltech, NIH, the EPA, and the Nature Conservancy, and he has been profiled in Astronomy Magazine, Physics Today and Nature.

President and CEO of Speakers Live, Inc. a professional speaking and training organization, Vadurro has presented to Fortune 500 Companies, government agencies, financial institutions, and associations both nationally and internationally. She is a Certified Speaking Professional. Bernadette holds a degree in Business Management and is also certified in business ethics by the University of NM. Vadurro is the author of Influence Speaking to Win, a comprehensive program designed to help professionals connect with audiences, deliver complex materials and master the stage. Bernadette is an award-winning professional speaker who has trained scientists, engineers and professionals at DOE, WIPP, EPA, CIA, the US Army, Chrysler Corporation and Hoerst-Celanese. Vadurro has been featured in magazines and newspapers globally.