At a ribbon cutting ceremony held on site, C6 showed off the static rocket test stand constructed by Highland Enterprises of Las Cruces.

C6 Launch Systems has invested $200,000 in developing the test stand and conducting its mission in New Mexico.

“We are pleased to host two more exciting entrepreneurial companies at Spaceport America,” said Executive Director Scott McLaughlin of the New Mexico Spaceport Authority. “C6 Launch and Ursa Major Technologies show where space is headed. We are finally able to see the end of a tough year, and this demonstrates the type of customers Spaceport America can attract and to help achieve their goals. We also see local economic impact benefits in the fabrication by Highland Enterprises, and our customers staying and spending in the local area.”

Over a six-week period, the Canadian rocket company will conduct system integration tests including several engine firings at Spaceport America. 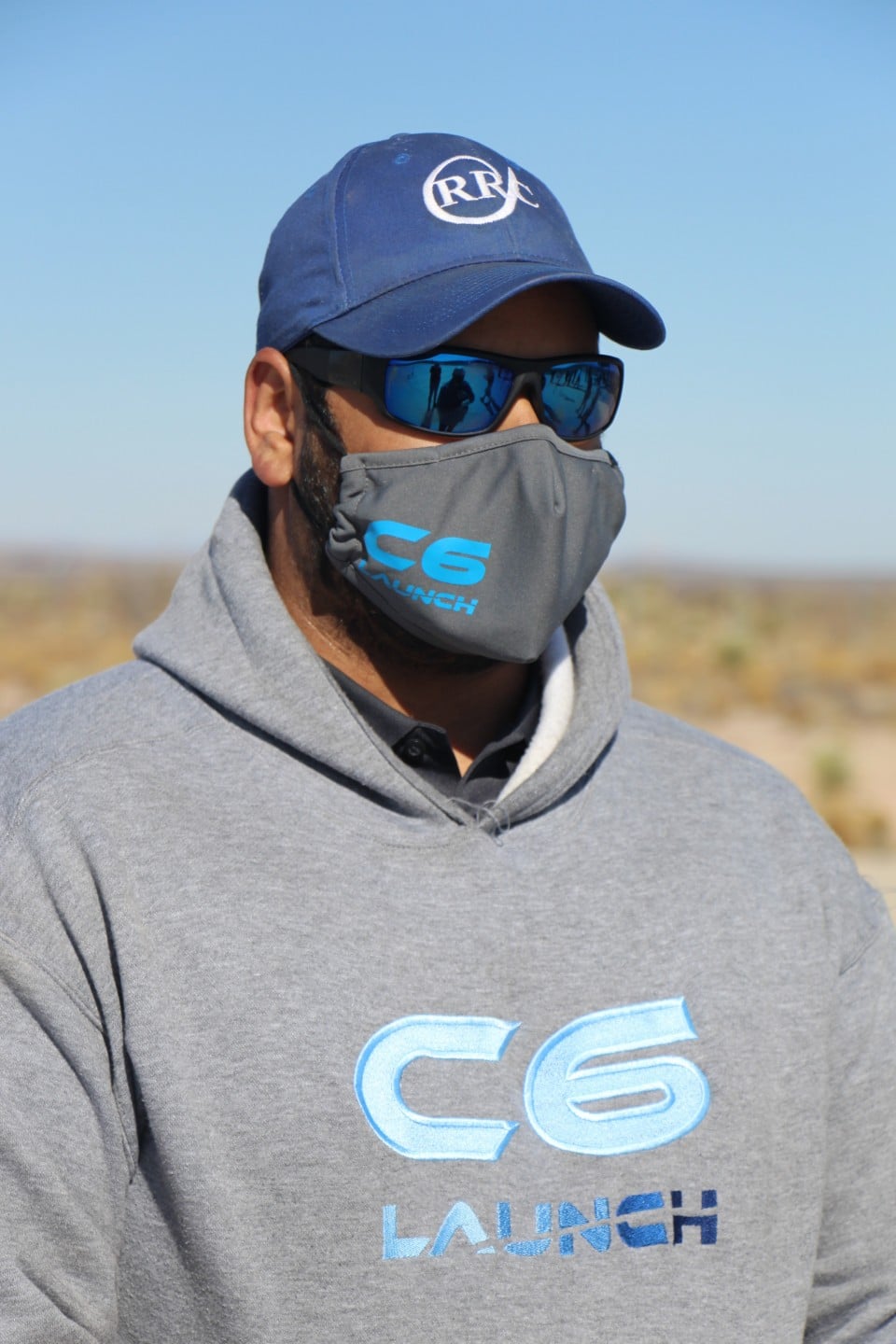 “C6 is excited to take the next step to launch small satellites to space,” C6 Launch Systems President Richard McCammon said. “Reaching space requires varied skills and expertise. The generous support of the team at Spaceport America made these tests possible. They worked with us to develop a plan for their facilities and introduced local suppliers including Highland Enterprises. The tests will confirm operation of the C6 internal systems by conducting a hot-fire test of the Hadley engine from Ursa Major. This test will be the first of many Hadley engines that C6 intends to use in the quest for space.”

C6, through its US affiliate, purchased the Hadley engine from Ursa Major Technologies who is providing a team of propulsion engineers to assist in the Static Engine integration Test at Spaceport America.

C6 Team from Canada in front of the rocket test stand at Spaceport America. Courtesy/C6 Launch

“We’re honored to participate in the C6 hot fire campaign at Spaceport America,” Kevin Lausten said, Chief Revenue Officer for Ursa Major. “The C6 team constitutes an impressive collection of companies with a shared vision to quickly and reliably deliver space access to smallsat providers. With this latest test campaign, the C6 team is one step closer to achieving that collective vision.”