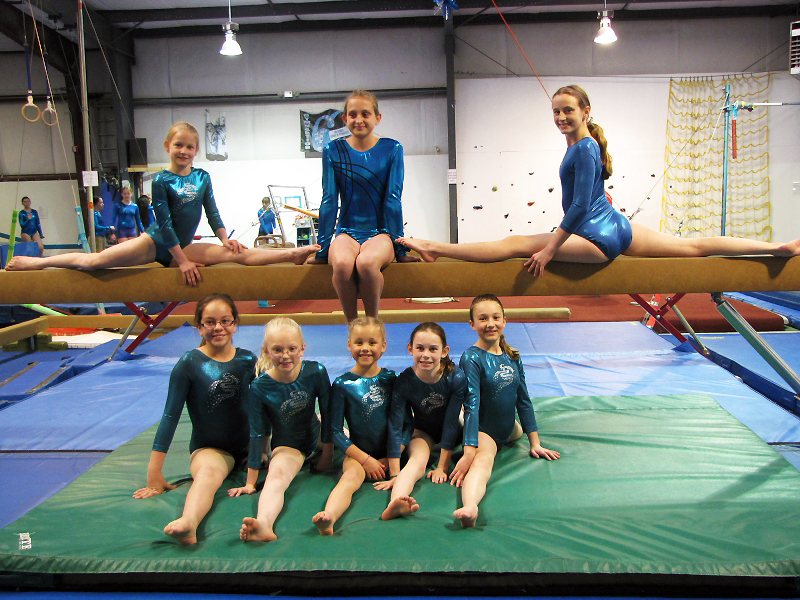 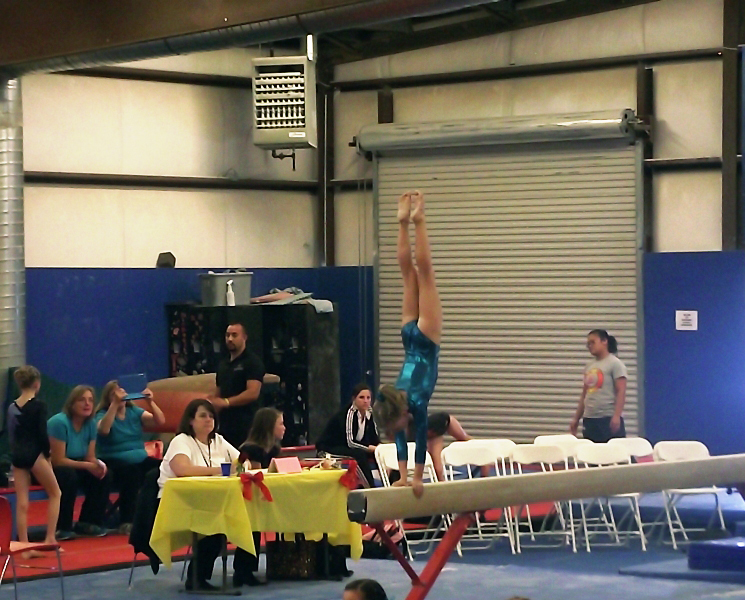 Lilly Bueck and Charlotte Ulrich became the New Mexico State All-around Champions in their divisions for their performances at the Level 5 State Gymnastics Meet in Albuquerque March 2.

Anna Clark was the silver all-around medalist in the Junior A Division, with a 35.85, her highest score of the season. Clark also earned silver on vault (8.8) and bars (9.0), bronze on beam (9.2), and placed fourth on floor (8.85.) Earlier in this competitive season, Clark earned the NM State All-around Champion title in the Xcel gymnastics program.

Katie Wingo, Child Division, was the bronze all-around medalist with her highest score of the season, 35.15. Wingo struck gold on beam (9.45) and bars (8.925), earning the NM State Champion titles on both events. Wingo took the bronze on floor (8.975) and placed fifth on vault (7.8). Wingo was the Level 4 NM State All-around Champion in 2012.

Ramya Stevens, Senior B Division, earned the NM State Champion title on bars (9.2), took the silver medal on beam (8.65), and placed fourth all-around with a 34.45, her highest score of the season. Stevens placed sixth on floor (8.5) and seventh on vault (8.1.)