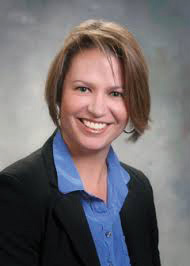 Last week I was approached by a constituent who was wondering about the upcoming special legislative session. She had been trying to follow the developments since the close of the regular session and had many questions:

“Had a budget deal been made public?” she wondered. The governor had mentioned tax reform. “Would that be part of the negotiations?” “How could citizens who wanted to weigh in, do so?” She had all of these questions and more.

And these are all good questions and thoughts. Unfortunately, none of which have very satisfactory answers. However, I would like to offer my perspective of what to expect from the upcoming special session that the state legislature will convene next Wednesday.

First of all, let’s remind everyone why we are even in the position of needing a special legislative session to begin with. I’ve written in this publication recently that the legislature passed a budget with sufficient funding for education and critical needs during the regular legislative session; as is our constitutional duty.

In fact, the constitution says that the primary reason you elect me is to pass a balanced budget. Anything else is extra.
Due to falling oil and gas revenues, additional revenue sources were needed to make the budget balance and the agreed upon sources were a tax on internet sales and non-profit hospitals.

However, rather than go along with badly needed revenue for critical needs and schools, the governor vetoed the revenue package that was to pay for the state budget. And then for good measure, vetoed ALL funding for state universities and colleges out of the budget presumably to teach a lesson to the legislature about confirming her university regent nominations.

So, we were left with NO state funding for UNM, NMSU, NM Tech and a slew of other colleges and universities that students and families rely on. Institutions were thrown into uncertainty about their ability to maintain programming and even keep their doors open.

Eventually the governor admitted that she would agree to put the money back into the budget for universities when she noted in a convoluted statement, “We are not going to not fund higher education”.

So now we essentially have no state budget. Or at the very least, one with a large, gaping hole in it. And legislators have been called back for a special session to commence May 24, where we will try to negotiate a budget deal.

My constituent was correct that there is no public budget deal. I can also confirm that there is no private deal yet either for that matter, at least at the time I write this. This makes me nervous as we are getting near the start of the special session, as each day we are forced to stay in session will cost the taxpayers $50,000. That’s enough to pay the full time salary of a public school teacher!

So I guess the first thing I would like to request of constituents who want to weigh in is to reach out to their own legislators (or through letters to the editor) to express the importance of agreeing on a compromise BEFORE we reach the 24th.

That compromise, in my view, should ONLY address the upcoming fiscal year’s budget and any revenue needed to balance that budget.

In particular: Sufficient funding of public schools, restoration of the vetoed funding for higher education institutions and other critical needs like child protective services and public safety.

In terms of revenue: I understand that the governor has indicated she would support passage of a tax on Internet sales and health providers.

We should keep the negotiations to those items only.

My constituent also was correct that the governor has expressed her desire for comprehensive tax reform and a lowering of the GRT rate.

While I agree with the governor about those needs, tax reform is a larger issue that cannot and should not be solved during a special session. The legislature in fact passed a tax reform bill during the regular session that closed nearly 100 loopholes and paved a way for a lowering of the tax rate.

That bill was vetoed by the governor.

Taking up this or any other NON-CRITICAL issue during a special session is expensive folly.