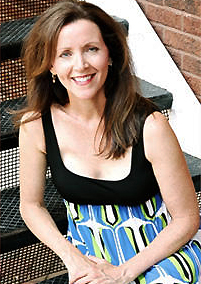 Aaron Copland remains one of the most identifiably “American” of composers. He is probably best known for his ballet scores Appalachian Spring, Rodeo, and Billy the Kid.  From 1949 to 1950, he composed the intense song cycle “Twelve Poems of Emily Dickinson.”

” This collection constitutes the summit among his works for voice providing compositional maturity and a deeply evocative style, characterized by true, sober and deep emotion. Copland chose texts expressing the main themes of Emily Dickinson’s poetry, Nature, Life, Love, Time and Eternity, showing profound sensitivity and understanding of the poems.

This work is very demanding for the singer requiring a wide vocal range to master the leaps and registers found in these songs. The musical phrases often tend to ascend and then linger on a higher note. The melodies adhere perfectly to the rhythm of the poems and Copland alternates vocal expansiveness with a more recitative-speaking style.

Powerful, as well as subtle, colorful singing and playing are needed throughout the cycle. Copland’s original score for Voice and Piano has been arranged for this performance for Voice and Woodwind Quintet by bassoonist James Preuss.

Soprano Karen Hall is a versatile performer. She has performed in opera, operetta, concert, oratorio, recital, chamber music, and music theater throughout the United States, most notably on the PBS special Masterclass, with the Seattle Opera, Seattle Symphony, Seattle Civic Light Opera, Hidden Valley Opera, and the Victor Herbert Festival Ensemble in Saratoga Springs, NY. She is a five-time Metropolitan Opera Regional Finalist and has won awards from the Texas Federation of Music Clubs, the Vocal Arts Foundation in San Francisco, and the Eleanor Anderson Lieber Awards, sponsored by Portland Opera, Opera Serpina. She toured Turkey and Greece with Philips Academy as the soloist in Beethoven’s Ninth Symphony.

Music theater credits include Maria in West Side Story, Nellie in South Pacific, and Aldonza/Dulcinea in Man of La Mancha. She has performed several leading roles with the Loessin Summer Playhouse: First Woman in I Love You,You’re Perfect, Now Change, Vi in Footloose, Domina in A Funny Thing Happened on the Way to the Forum, and Madame Dubonnet in The Boyfriend.

She has four recordings to her credit: The Frogs and Sweeney Todd both by Stephen Sondheim, American Songs in Recital, a solo CD of American art songs and music theater selections, and the Pulitzer-prize winning recording On the Transmigration of Souls by John Adams, recorded with the New York Philharmonic Orchestra.