Broformers Back On Stage In Los Alamos 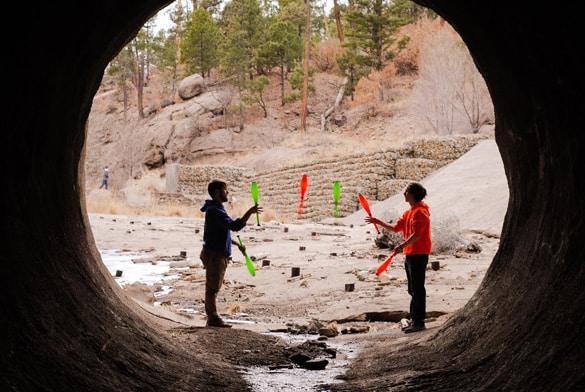 The Broformers, Max Herrmann, left, and Eben Bold, put their clubs in the air. Photo by Trysten Newton-Hodgdon 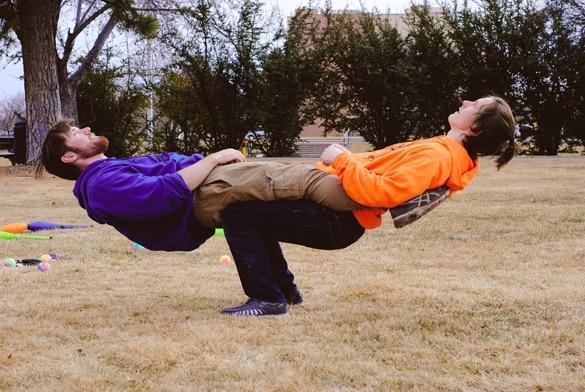 Jugglers and street performers Eben Bold and Max Herrmann, aka The Broformers, are back together in Los Alamos. Herrmann has been away studying nursing in Montana. Bold has been busy as Los Alamos High School Student Body President. He’s graduating this weekend. Now that they are together again, the two are working hard on perfecting their act for their further adventures. The Bros are known for their “acrobatic juggling”.

There are several upcoming opportunities to see The Broformers. The first is the Broformers Circus at 7 p.m. Thursday, May 31 at Crossroads Bible Church. Tickets are $5 (under 4 free). The Bros will be joined by local talent, including Jeff Favorite and the Jugglenauts, the LAHS juggling club and many more.

In addition to the Circus, the Broformers will join the Hillstompers for a Tuesday at the Pond free performance at 7 p.m. June 26 on the stage at Ashley Pond and will also appear at Chamberfest June 9.

The Daily Post interviewed Bold and Herrmann before their adventures performing street theater in Seattle for six weeks last summer. Juggling is at the center of their act, which also includes plenty of fast comedy patter. They were back in the office recently to talk about that experience and what they have planned for this summer.

“The street performing community in Seattle is really big,” Herrmann said. “They have one of the most busking-friendly laws in the country.” (Busking is a slang term for performing on the street for donations.)

Seattle even has a public busking program that pays performers a small stipend to perform. The Broformers participated last year and were asked back this year. They’ll be spending six more weeks in Seattle this summer, beginning July 9. The Bros are also hoping to be hired by the Seattle Waterfront District as buskers, in addition to working the streets on their own. They learned plenty on the streets of Seattle last year.

“The first couple of days didn’t go so well,” Bold remembered. “We completely redid our act and then we started being successful.

“We started telling everyone we were brothers, and that made us more interesting to some people,” Herrmann said. “By the end, we were getting crowds of 40-60 people for each three or four minute performance. We were performing for up to 1,000 people every day!”

The most popular part of the act? Throwing knives with an audience member between them, the Bros said. Exciting!

It was the first time either of the two had spent significant time in a big city, and they had to get streetwise. One thing that helped was friendships with other people working on the street.

“We taught a guy at a food booth to juggle, and he gave us free corn-on-the-cob every day,” Herrmann said. “Another booth would give us free drinks.”

Two different groups of musicians selling their CDs on the street even tipped them with copies in exchange for their performance.

“This experience was life-changing,” Herrmann said. “I’ve become much more confident. Now I can talk to anyone!”

“It taught me about the meaning of money,” Bold said. “We realized we needed a good tip line. It was ‘please tip your waitress, or you could tip us instead!’”

Tips averaged about $1, Herrmann said. The two biggest tips were $20. The Broformers paid for the entire trip with their earnings.

“Everyone should tip,” Bold said. “A thank-you is great, but performers have to pay their bills. On the other hand, one of the best tips we got was a few pennies from a little kid. That made us feel great.”

This fall, Herrmann will continue his nursing studies at UNM in Albuquerque, while Bold will attend the University of Southern California, where he plans to study acting and economics. Both said their time as street performers will help them succeed in their future careers. 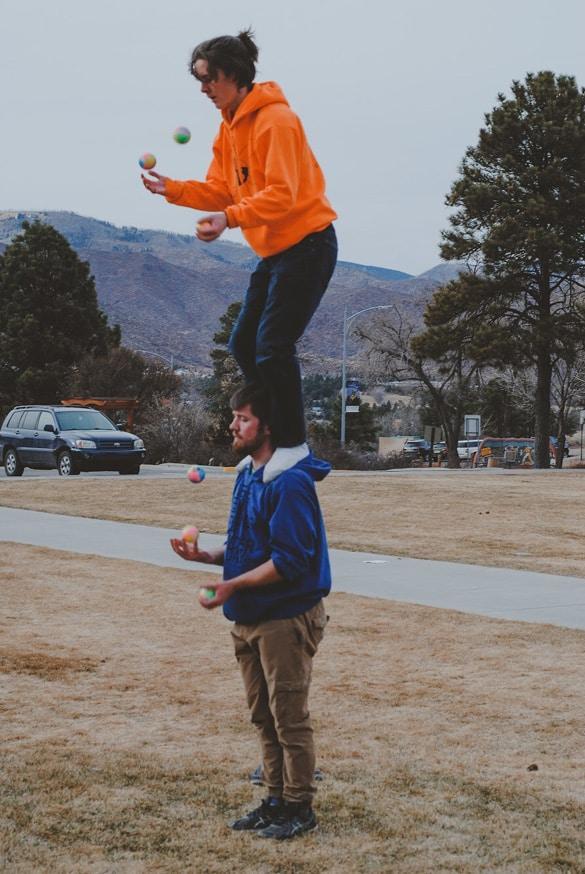