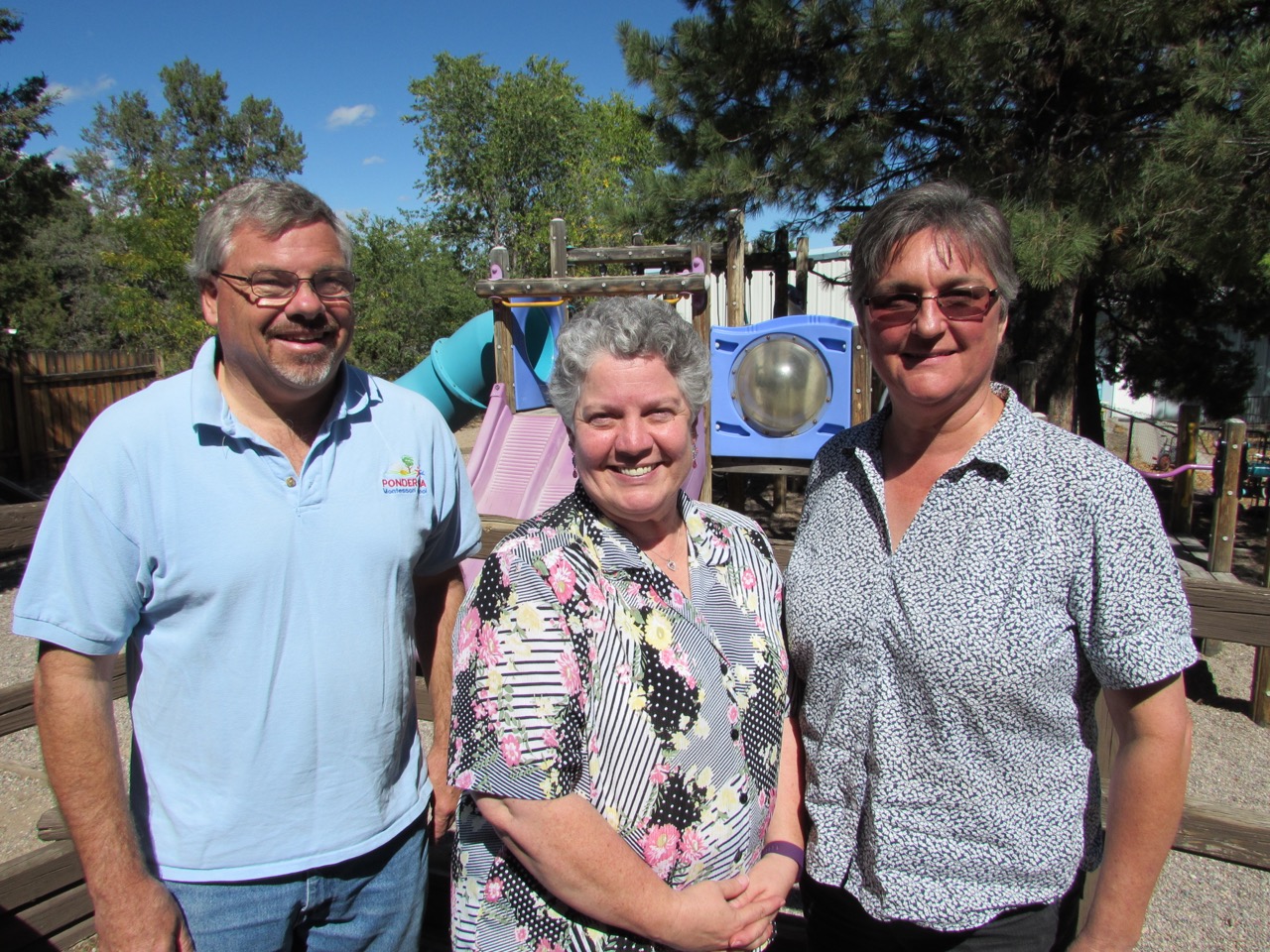 For Bridget Duffy, working as the new director/principal at Ponderosa Montessori School in White Rock is a homecoming.

She explained she earned a Bachelor’s degree in elementary education before owning and operating Sage Cottage Montessori along with her sister and brother-in-law for six years. The school was sold and Duffy worked at Los Alamos National Bank for almost nine years. She had decided it was time for a change when she spotted an ad in the Los Alamos Daily Post for a director/principal at Ponderosa.

“I felt it was time to get back to the kids and directing,” Duffy said.

Returning to a career in education was a comfortable decision, she added. “It’s the children. I love being with the kids. They always keep you grounded and in the moment. I don’t have a formal Montessori education but what I’ve seen and experienced has been very enlightening. I’m just very comfortable being back here. I know a lot of people here. It’s like coming home.”

Duffy has worked in her new position since Sept. 19. As the director/principal, her duties include handling enrollment and tuition as well as addressing the needs of teachers, students and families.

Duffy oversees a staff of 10 teachers whose students range from infants to sixth-graders. All the staff are trained, or are being trained, in Montessori education, which emphasizes students’ independence, self-reliance and hands-on learning. Ponderosa Montessori children learn at their own pace. Maria Montessori, an Italian physician and educator, founded this approach to education in 1897.

Duffy’s own daughter attended Ponderosa and they have seen the benefits of a Montessori education, such as comprehending new concepts quicker, being an independent learner, and exploring work considered above her grade level.

Steve Mosier teaches the elementary classroom (K-6th) and is a member of the Ponderosa Montessori School Board.

“We’re trying to teach children to take control of their own education,” Mosier said.

Teachers provide students with materials so students can teach themselves. Teachers also observe the students to identify each student’s needs and make sure those needs are met, he said. They prepare the environment to fulfill students’ education requirements.

“The independence allows them to keep learning,” Mosier explained.

This approach to education instills in students not just a passion to learn, but also a desire to teach, Ponderosa Board President Sharon Seitz said. Since classes often have a mix of ages, younger students receive help from their older peers. Both are mutually benefited, she explained; the younger students receive guidance and the older children are able to solidify and reinforce their knowledge.

“Children motivate each other and learn from each other,” Mosier said.

Ponderosa Montessori has a long history in the community. The school was founded in 1967. Originally it was called Sage Montessori. From 2001-2010, the school was a for-profit organization, but in 2010 a group of parents saved the school from closing by converting it to a nonprofit.  The school serves children from infancy to 12 years old; it also offers an after school program for elementary students from other schools. There are four classrooms: infants, toddlers, pre-kindergarten and elementary.

Ponderosa Montessori School is the only Montessori elementary school in White Rock and requires Montessori-certified teachers in each classroom. Seitz emphasizes the school has worked hard to be true to the Montessori philosophy for education.

“We really want to stay a true Montessori school, because of the rewarding outcome for the children,” Seitz said.