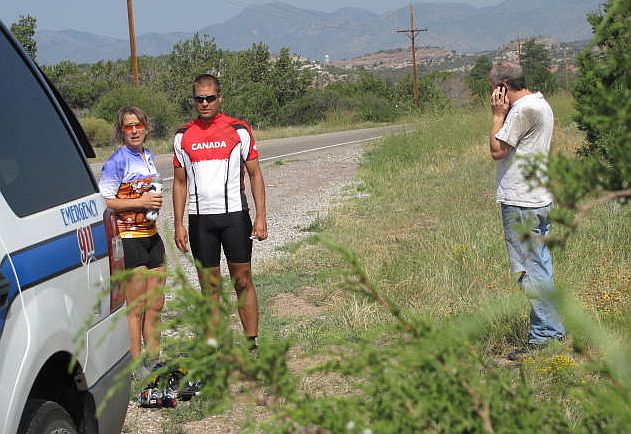 Bicyclist Cindy Lawton was knocked over by a hit and run motorist this morning on N.M. 4. Lawton’s husband Jon Bernard, center, was riding behind her and was not hit. The couple’s friend, Scott Wilburn, was driving by and stopped to help. Photo by Carol A. Clark/ladailypost.com

Los Alamos Police captured a motorist suspected of knocking over a woman riding her bicycle and then fleeing the scene at about 9:45 a.m. today on N.M. 4. 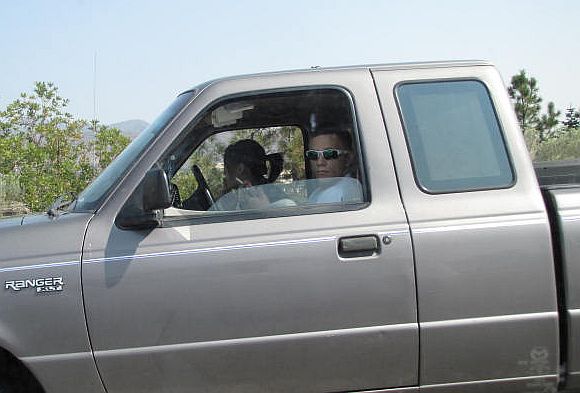 Suspect Kyle Smith and a passenger are stopped by police on West Jemez Road following a hit and run accident involving a bicyclist. Photo by Carol A. Clark/ladailypost.com

Police caught up to Kyle Smith, 22, of Los Alamos moments later at the top of the truck route near the intersection of West Jemez Road and Diamond Drive.

Smith was driving a gray Ford Ranger and a woman was riding in the passenger seat.

Police arrested Smith and charged him with leaving the scene of an accident with injuries, reckless driving and failure to maintain his lane.

Los Alamos Fire Department EMTs treated bicyclist Cindy Lawton, a local physical therapist, at the scene for scrapes and bruises and applied an ice pack to her left hip.

Although Lawton was limping, she refused transport to Los Alamos Medical Center.

She told the Los Alamos Daily Post that she was riding her bike northbound on N.M. 4 with her husband, Jon Bernard, riding his bike behind her when suddenly she was hit by the truck.

“I can tell you he was driving too fast and after hitting my wife – he didn’t stop,” Bernard said. 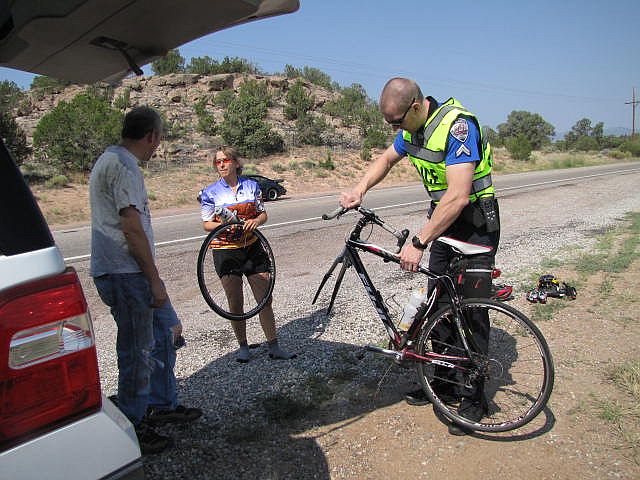 Accident victim Cindy Lawton holds the wheel of her bike as Cpl. Ben Hinrichs loads the rest of it into a police vehicle for transport as her friend Scott Wilburn speaks to her at left. Photo by Carol A. Clark/ladailypost.com

Lawton said she is pretty sure that she is not the first bicyclist to be hit by a motorist on N.M. 4 and that she likely won’t be the last.

“We need to put a bike lane on this highway,” Lawton said. “It’s a beautiful loop that so many people ride … it’s dangerous and it’s crazy not to have a bike lane here.” 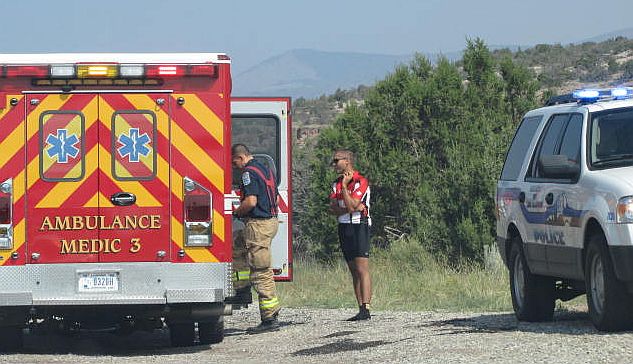 Bicyclist Jon Bernard waits outside the ambulance as EMTs treat his wife’s injuries. Photo by Carol A. Clark/ladailypost.com 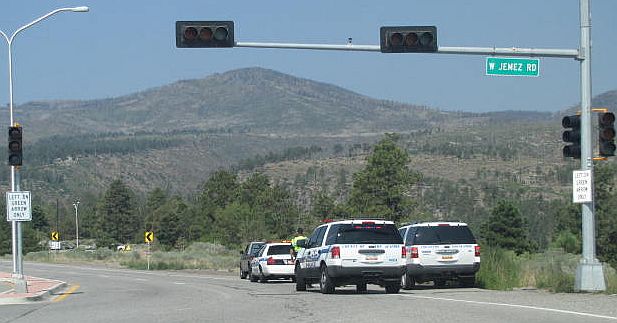 Police stop hit and run suspect Kyle Smith at this intersection. Photo by Carol A. Clark/ladailypost.com