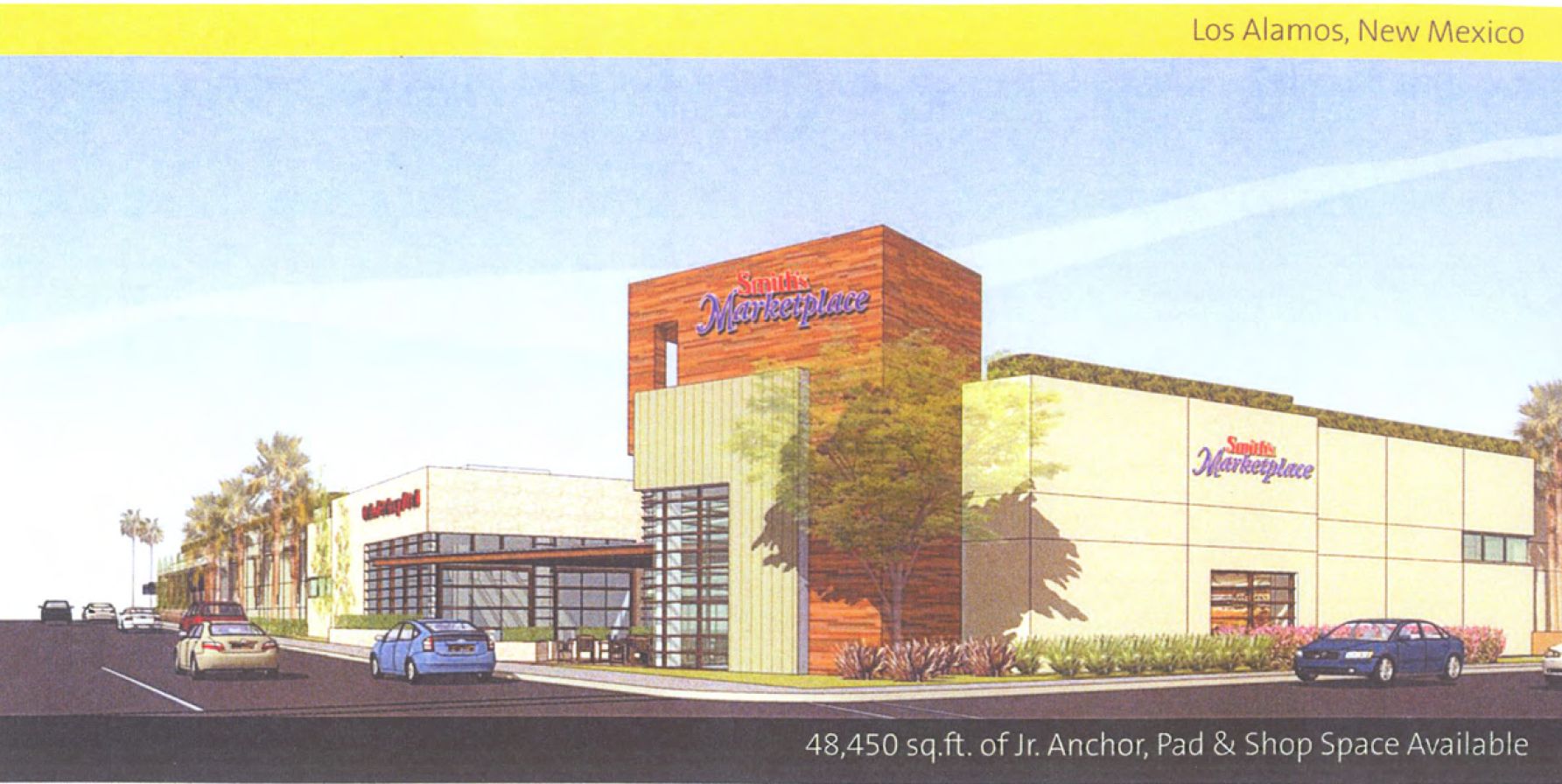 A NADG concept drawning of the exterior of a Smith’s Marketplace. Courtesy Photo

If the transfer is approved, NADG would no longer be the developer of Trinity Site, instead Smith’s, a division of Kroger, would become the developer.

Smith’s has plans to build a Smith’s Marketplace grocery and retail store at the Trinity Site and is currently in the process of building a Smith’s discount gas station across the street from Trinity Site.

Along with the lease transfer, Kroger is requesting that the development “clock” be reset to allow Kroger time to do the full due diligence allowed in the existing Trinity Site contract with NADG.

County Administrator Harry Burgess told the Los Alamos Daily Post this morning that “per their lease agreement, they [NADG] have the right to assign their lease agreement to a third party, subject to council’s approval.”  “They [NADG] had the right to pull out during this feasibility period. There are some technicalities, they [NADG] had put down a $250,000 deposit, which through this proposed assignment [Kroger] would buy out their $250,000 and [Kroger] would now have a deposit with us. The only real change to anything is the timeline.”

Council has tentatively announced a special council meeting for Sept. 24 in order to discuss and possibly approve a transfer of the lease agreement to Kroger.

Stover noted that, “we hope that people in the community will get educated about and participate in the process.”

A comment was requested from NADG, but has yet to be received.  Bob Feinberg, Senior Vice President/Principal at Grubb & Ellis New Mexico, who is acting as the primary leasing agent for the Trinity Site development’s retail spaces, was unaware of NADGs request to transfer the lease contract to Kroger when contacted for a comment this afternoon.

Check back for more news on this developing story.