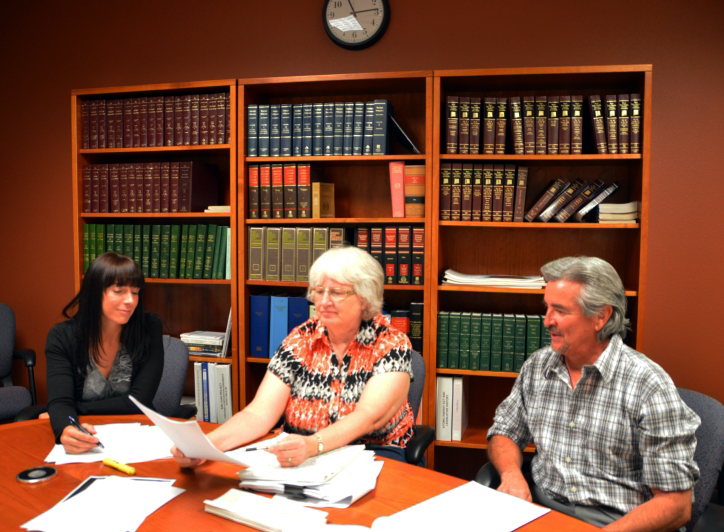 Los Alamos County Attorney Rebecca Ehler, center, Assistant County Attorney Dan Gonzales and Junior County Attorney Katie Thwaits in their conference room this morning have worked on the legal question surrounding the issuance of same sex marriage licenses during the last four days. At the heart of the matter is the fact that the marriage license in State statute has not been updated since 1961. Photo by Carol A. Clark/ladailypost.com 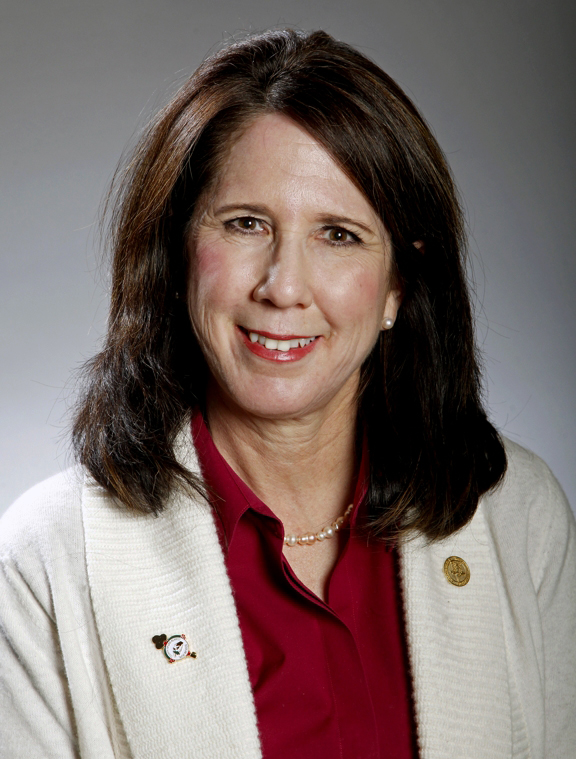 “Last week, Los Alamos County received a lawsuit and related order from First Judicial District Court Judge Sheri Raphaelson compelling the Clerk’s office to begin issuing same-sex marriage licenses, or appear before her in court on Wednesday, Sept. 4 at 10 a.m. to explain why the licenses are not being issued. As previously stated on Friday, I consider this to be a matter of great importance, not only to Los Alamos County, but to all County Clerks in New Mexico, as I have already indicated by my support in joining all of the other Clerks in the New Mexico Association of Counties’ request for the State Supreme Court to provide procedural guidance on how we should proceed.

“I have weighed my options carefully over the holiday weekend in reaching a decision. First, as Clerk, I am required to uphold the laws of the State of New Mexico. I based my denial of a license last week on the actual language contained in the statutes. The statements contained on the marriage license that is issued by the Clerk’s office, as set forth in State law, requires a male and female or bride and groom applicant. I respect and value the rights of each person to be treated as equally and fairly as an individual as our Constitution states.

“Clearly, the marriage license in State statute has not been updated since 1961. It does not work for same sex couples, and that is a matter for the legislature to fix, not a Clerk and not a District Judge. A marriage license is a legally binding, permanent record signed by both applicants. Because the license issue has not previously been addressed in any of the other court proceedings, I have decided to appear before Judge Raphaelson tomorrow at 10 a.m. in Los Alamos to state my concern about the outdated and deficient forms. The County Attorney has filed our answer to the writ of mandamus we received last week, and I will let that document address each of the concerns specifically without further comment. In fact, because I will be appearing in court, it would not be appropriate for me to give any further comments to the media prior to Wednesday morning.

“However, I do want to say in closing that this is a legislative problem; forms enacted as state statutes should be changed by the appropriate legislative body, which is our state legislature. I urge the State Supreme Court to take up this matter quickly and to provide guidance to all County Clerks throughout the State. Piecemeal litigation in courts across New Mexico is not good governance. County Clerks need a comprehensive and clear answer from the State of New Mexico addressing this issue. We all need to be issuing the same marriage license, and following the same laws.”