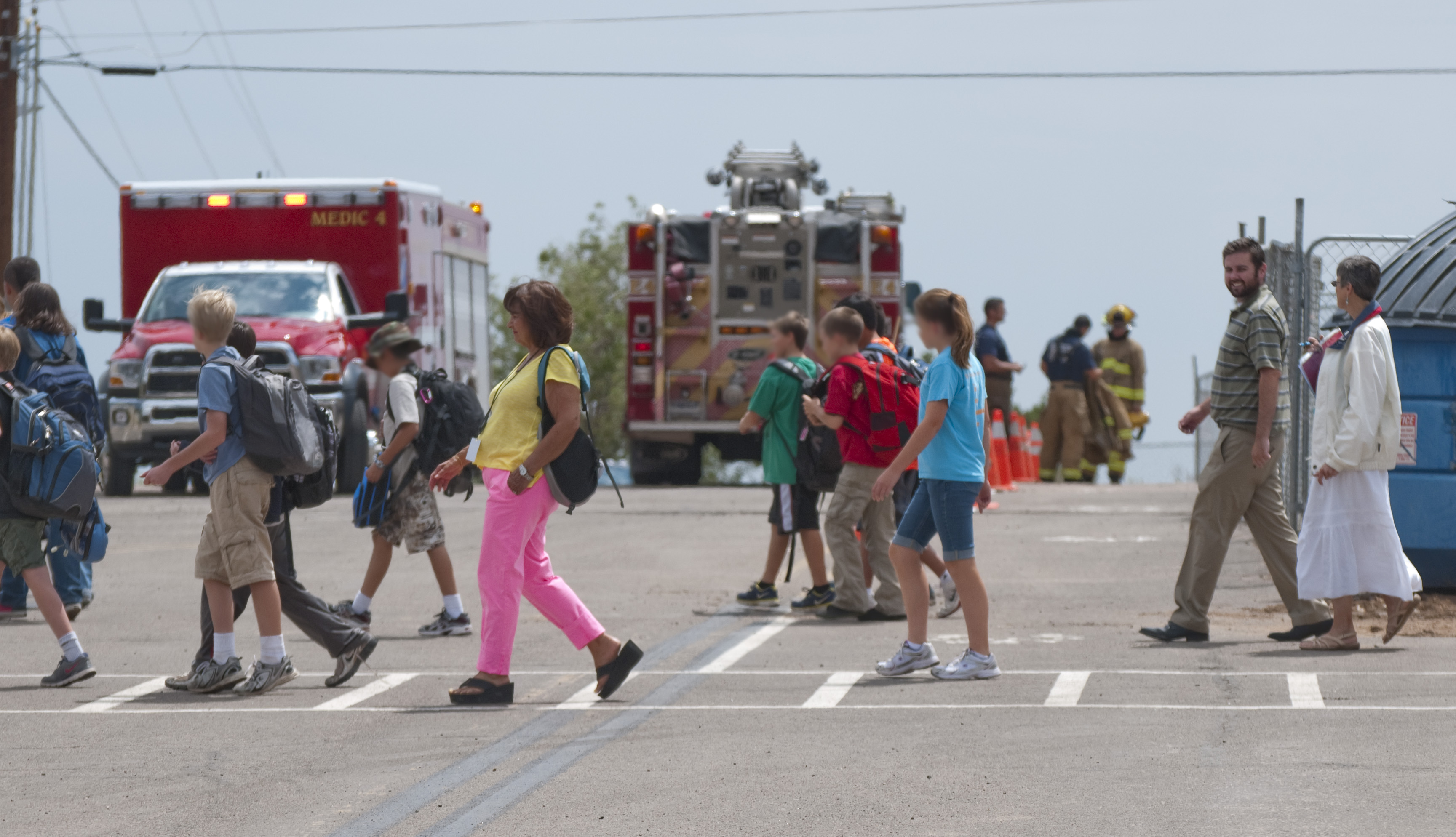 Students and staff are evacuated from Los Alamos Middle School today after a contractor punctured a gas line. Photo by Greg Kendall/ladailypost.com.

Students and staff were evacuated from Los Alamos Middle School today after a contractor operating a backhoe nicked a gas line.

“The call about the gas leak came in at 1:17 p.m. and LAFD and LAPD were on scene within four minutes,” said Los Alamos Deputy Fire Chief Justin Grider. “The contractor did shut off the gas prior to our arrival. Everybody was evacuated from the school in a safe and secure manner per protocol.”

The gas line that was nicked was located behind the cafeteria and near the new front portables, according to a construction worker at the scene.

Students and staff were evacuated to the east side of the campus and away from the school while fire department, Department of Public Utilities and construction crews secured the line.

“Student safety is first and foremost so we evacuted everyone very quickly,” Superintendent Gene Schmidt said.

LAPS Human Resources Manager Gerry Washburn was one of the first officials to arrive at the school.

“The staff did an exemplary job and the students responded admirably,” Washburn said of the evacuation.

Schmidt explained that the training the district has provided “did what it was suppose to do.”

“The County fire marshal gave the all clear just before 2 p.m. for everyone to return to the school.” he said.

Schmidt said that to ensure that all repairs on the punctured gas line in the construction area have been completed and a safety inspection has been conducted, there will be a TWO HOUR DELAY tomorrow, Tuesday Aug. 21 at Los Alamos Middle School.

He said that anyone planning to dig should first call 811, which is the New Mexico One Call number to ensure there are no underground pipes, cables or electrical lines in the area.

“New Mexico One Call will ask where and when the person intends to dig and pass that information on to us at the DPU,” Glasco said. “We have 48 hours to determine whether there are gas, water, sewer or electrical lines in the area.”

Editor’s note: Carol A. Clark contributed to this story.