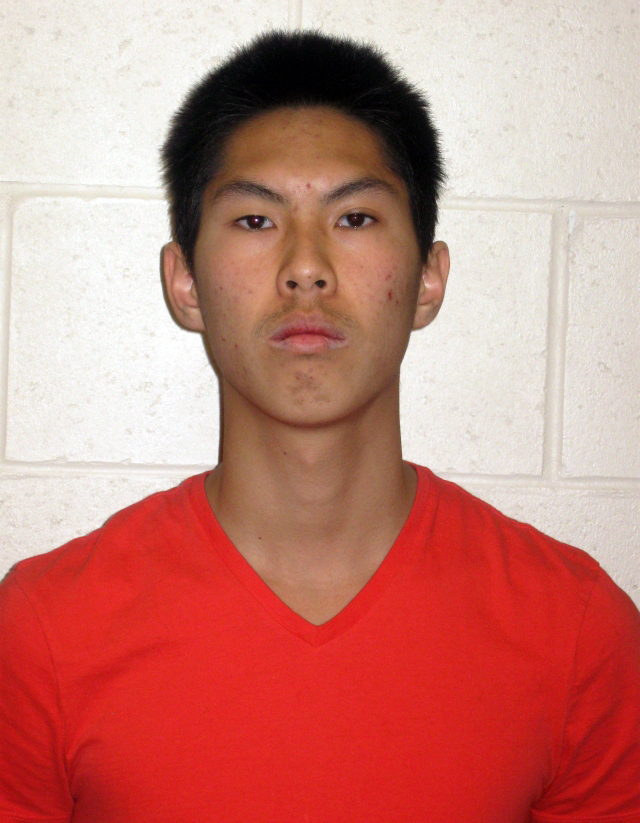 Officers were called by school staff after they spotted him on school grounds. The school has a stay away order against Nguyen, 18, who earlier this year was convicted on mutiple counts of burlary.

Ofc. James Keane and Det. Sgt. Oliver Morris responded to the call and located Nguyen on the high school campus. They arrested Nguyen and charged him with receiving/possessing stolen property over $2,500 in value and tampering with evidence (trying to scratch off serial numbers.)

“I want to thank school staff for being vigilant and Cpl. Jordan Redmond (LAHS resource officer) who alerted school staff earlier this week to notify police if he (Nguyen) was observed on campus,” Morris said.

Morris explained that Nguyen is no longer enrolled at LAHS, adding that the school was not placed on lockdown during today’s search for Nguyen who was located quickly. School officials could not be reached late today for comment.

During a July 24 court hearing, Judge Sheri A. Raphaelson accepted a plea agreement in District Court in which Nguyen pled guilty to 16 counts of burglarizing six homes in Los Alamos, including a home he burglarized before turning 18.

Raphaelson granted Nguyen a conditional discharge during the proceeding at the Justice Center in downtown Los Alamos. The conditional discharge included five years of supervised probation, counseling and treatment, paying restitution to the victims and wearing an electronic monitoring device. She told Nguyen that if he violates any aspect of his probation, he will go to prison for up to 57 years.

Following today’s arrest, Nguyen is being held on a no bond hold for violating his probation.

The former LAHS honor student also was arrested at the school in May. A search of his North Mesa bedroom uncovered jewelry, electronics, alcohol, weapons and ammunition reported stolen by the victims over several months starting late last year. He had one or more firearms in his backpack when carrying out the burglaries, according to court testimony.

Nguyen’s father is a scientist at Los Alamos National Laboratory. He told the judge at the July 24 hearing that his son was diagnosed in May with Attention Deficit Hyperactivity Disorder and depression. He and his wife spoke to the judge before turning to face several victims present in the courtroom this morning. They gave tearful apologies for their son’s actions, saying it broke their hearts when they heard what he had done.

Nguyen also spoke saying, “I apologize to the victims, to the people I’ve hurt, to the community, my family, my friends and to you judge … I’ve really violated everyone’s trust. I’m working hard to make amends.”

Several victims testified at the hearing and urged the judge to render a stiffer sentence.

“The plea deal sends the message to other potential criminals that there is considerable profit in firearms burglary, and negligible downside if caught … this court can reverse this message to deter other criminals,” said Dr. John Michael Pedicini, a Fellow at LANL. “If Mr. Nguyen had simply engaged in a single incident or single day of theft, the rough equivalent of ‘joy riding’, the proposed plea bargain might be appropriate. However, Mr. Nguyen did more than steal jewelry and cash – he stole alcohol, firearms, broke into gun vaults and was armed in his victim’s homes. The 16 felonies in the charge, over an extended period of time, indicate a high degree of continued danger to the community … Mr. Nguyen’s crime spree was only halted by his arrest.”

Pedicini publicly commended the detectives of the Los Alamos Police Department at the time, “for their exceptionally professional and competent conduct in the identification and apprehension of Mr. Nguyen.”

At the end of the July 24 proceeding, the judge looked at Nguyen and said, “It’s fortunate this came to light early on where you can get treatment and achieve positive goals.” 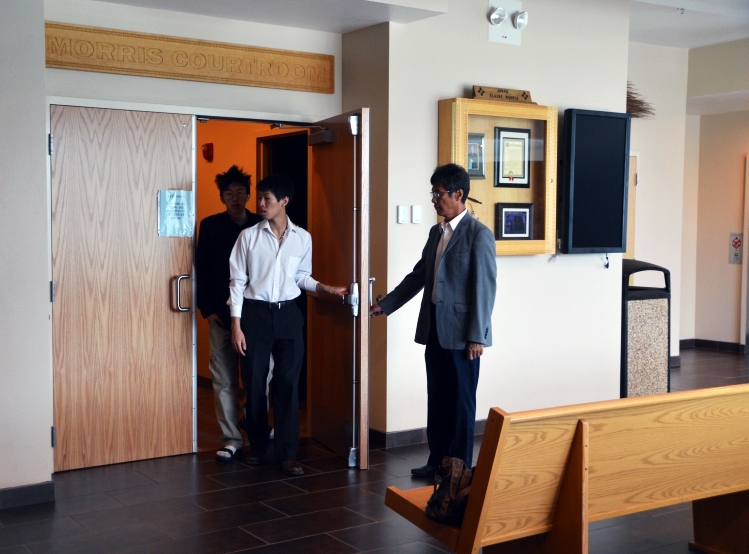 Following his sentencing July 24, convicted burglar Aaron Nguyen, center, leaves the courtroom in the Justice Center as his father holds the door for him. Photo by Carol A. Clark/ladailypost.com 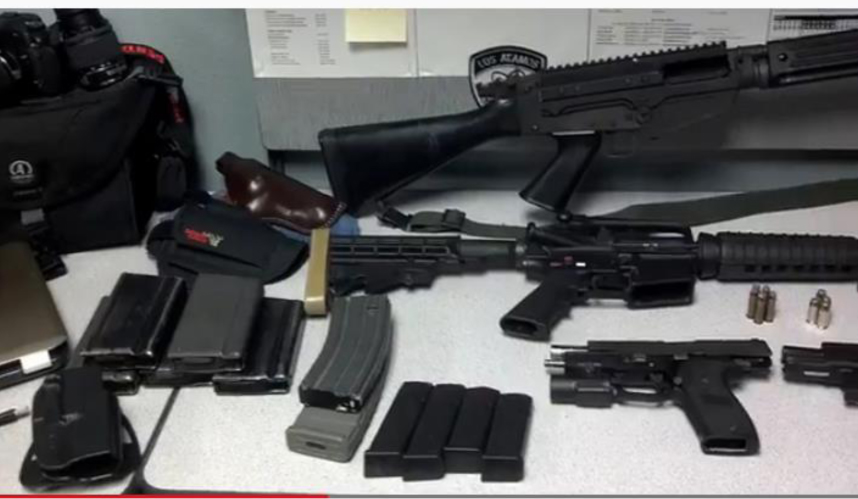 Police logged stolen alcohol and electronic equipment into evidence last May that had been reported stolen by his neighbors over several months. The items were discovered in Aaron Nguyen’s North Mesa bedroom. Print Screen photo/LADP