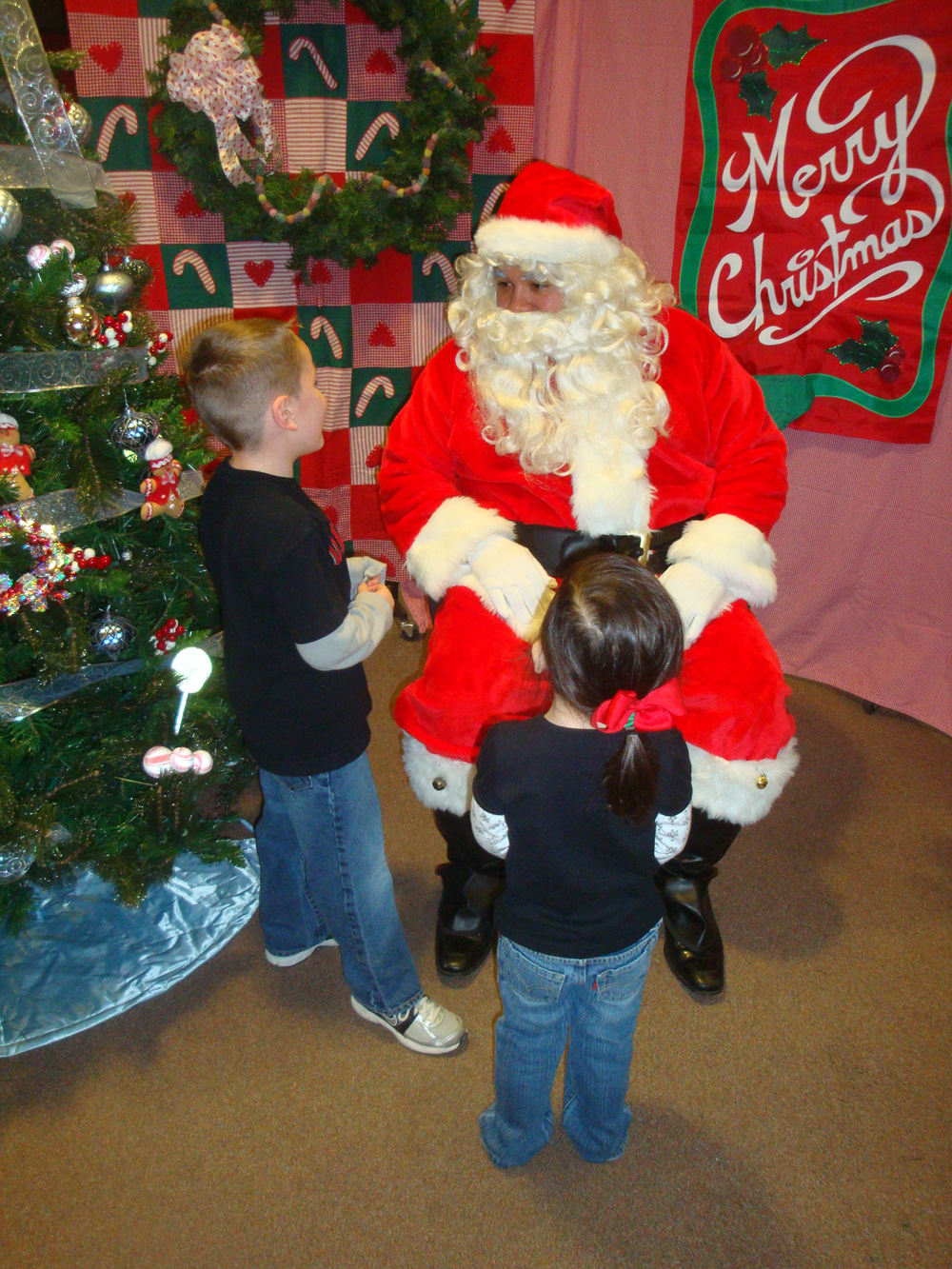 The Los Alamos Kiwanis Club’s “Breakfast With Santa” Dec. 7 was a booming success.

Breakfast With Santa is a Kiwanis pancake breakfast with a difference. The club doesn’t sell tickets. Instead, it asks for cash and food donations to help those in need.

Kiwanis Treasurer Cindy Eaton said the club took in $1,815 at the door and $1,500 from Del Norte Credit Union this year. Payment for advertising on the triangular cards displayed on each circular table in the dining room is still coming in.

All of the money will go to support the New Mexico Children Youth and Families Department’s Foster Children’s Christmas Party in Española on Thursday, Dec. 19. Kiwanis members and young people from the Kiwanis affiliates (Key Club, Builders Club, and K-Kids) will be at the party—as they are every year—to help serve and entertain the guests.

The cause was a good one on Dec. 7, and Eaton said the public’s generosity was “fantastic.”

LA Cares picked up the food that was donated during the breakfast. Pongratz said all the boxes that LA Cares provided were filled, and it took two truck trips to carry all the food away to storage.

Families started pouring through the breakfast line at 7 a.m. and kept right on coming until the food line closed at 11 a.m. It was so busy that at times, the cooks couldn’t keep up, and people had to wait for pancakes or eggs or sausage, but everyone was patient; people kept smiling; and some of them took time to thank Kiwanis.

Many of the children in line were very young and had come to chat with Santa Claus. Jordan Garcia, a “close friend of Santa,” said that the Man in Red was busy from the moment the doors opened until the event ended.

Garcia said Claus asked all of the children what they wanted for Christmas, and two of them made him feel very special by saying, “Santa!”  Other children asked for a huge variety of things from small to large. One asked for a horse─an item that Claus has difficulty transporting in his sled. (Reindeer are a little skittish about horses.)

Kiwanis had arranged for families to have photos taken when Santa talked to their children, and there were many “oohs and ahs,” as moms and dads looked at the photos laid out on a table and spotted the ones that featured their own tiny tots.

It takes a lot of people to put on Breakfast With Santa.

This year, 21 Kiwanis members and 13 Key Club members helped including: