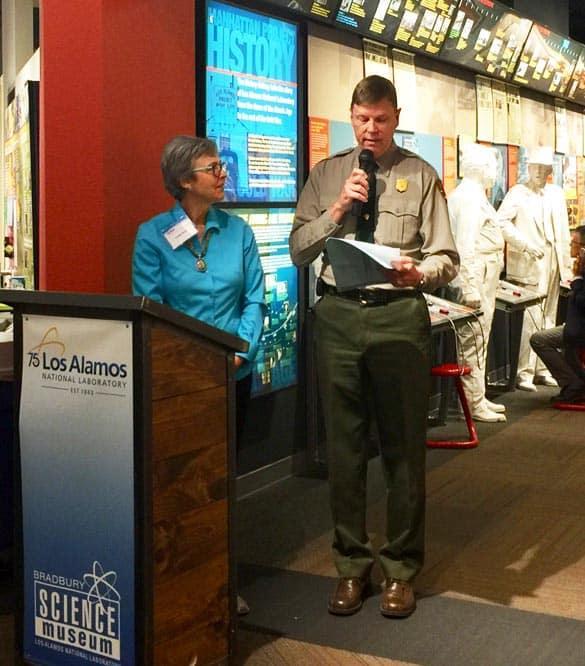 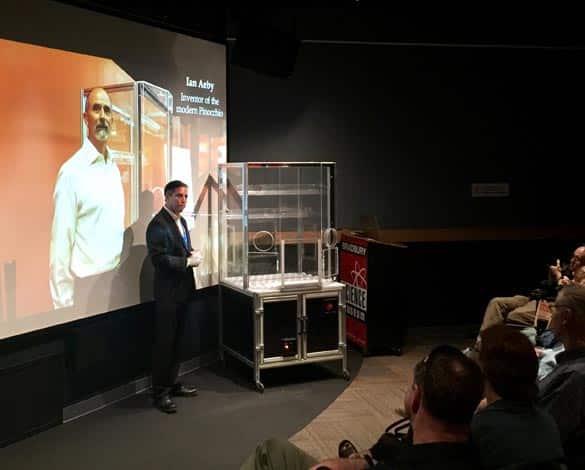 BSM Educator Mel Strong stands in front of a photo of Ian Aeby, inventor of modern day Pinocchio during the demonstration. Photo by KayLinda Crawford 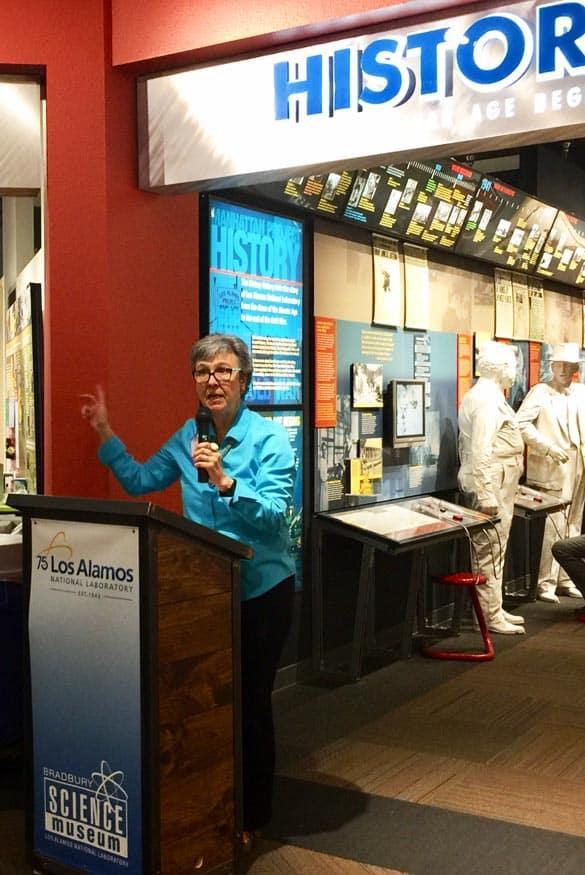 BSM Director Linda Deck speaks to crowd during the 25th anniversary celebration at the museum. Photo by KayLinda Crawford

BSM Director Linda Deck spoke to the crowd, sharing information about the history of the museum and the Pinocchio exhibit.

Deck explained that the museum opened 25 years ago in its downtown location, when the museum was 30 years old and gave a recap of its 55 years of History.

The Los Alamos Scientific Laboratory (LASL) Science Hall was opened to the public in 1963, she said. Originally in Room 136 of the AP Building around the Pond … it grew out of a classified museum that was in the Ice House that was started in 1954. The LASL Science Hall contained some exhibits created for the first Family Day, like Pinocchio.

By 1987 the BSM again outgrew its space, especially parking, and security for TA-3 became an issue. In 1990 Los Alamos County citizens voted down an idea to join BSM with the County library and County History Museum into one facility. So instead, the Los Alamos County Council unanimously voted to allow Roger Waterman of TRK to undertake a project for the BSM, and the DOE and UC signed a lease agreement for the new space at 15th and Central Ave., where the museum stands today and remains a Lab facility.