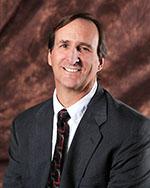 After three years of research and planning, the Board of Public Utilities approved a recommendation to move forward on the smart meter project or advanced metering infrastructure (AMI).

The motion to recommend Council approve the contract to purchase and install AMI, as well as an option for customers to opt out of having a smart meter installed at their residence, passed 4-1 during the Nov. 20 regular BPU meeting. Board member Stephen McLin opposed the measure.

Council will consider awarding the contract during its Dec. 18 regular meeting.

Assuming Council approves the contract, DPU Deputy Manager – Finance & Administration Bob Westervelt said the next steps include signing the contract with the vendors. Then the County will work with the vendor on the plan to deploy the AMI, order materials, and inform customers about the project and the opt out policy. People will be able to opt out before the meters are installed.

The opt out policy and procedures also need to be defined and presented to the BPU for approval. Westervelt said he estimates that the meters will be ready for installation starting in late spring or early summer in White Rock.

“There’s a lot of work to do up front before we start doing that,” he said during an interview with the Los Alamos Daily Post.

According to agenda documents, the total project budget for the smart meters is $6,531,430.

Westervelt said there are many benefits to the new meters, both economic and operational. The biggest economic benefit, he said, is that meter reader positions would be reduced. Westervelt said staff would not be laid off but would be used to backfill other positions as they open up within the Department.

Additionally, Westervelt said the new meters would allow DPU to ping any problems or concerns that appear right away. For instance, the new system can quickly detect leaks or abnormal consumption. With the existing system, Westervelt said, meter readers spot leaks when they make their rounds once a month or customers notice a huge spike on their bill. Another advantage, Westervelt said, is that the new smart meters will help customers to fully utilize DPU’s smart utility app.

According to agenda documents, customers also can realize savings by monitoring and managing their consumption in real-time. Westervelt said that in the future if time-of-use rates are adopted, customers can curtail electric consumption during peak times when rates are higher and take advantage of incremental opportunities for savings.

But customers do not need to take part in the AMI program. The opt out option was discussed and approved during the Nov. 20 meeting.

Westervelt said, “ …the discussion with Board members last month ended up being centered on the privacy concerns raised by some citizens. Because we are a county-owned utility provider, and if we’re collecting this data, the concern was that this info may be considered a public record and subject to an Inspection of Public Records Act request. ”

He added there is no fee being proposed to opt out of the AMI program.

Westervelt said while the opt out option is deemed to be a good interim resolution, the best long-term resolution would be legislative action of some sort that metering data would not be subject disclosure under an IPRA request.

Citizen Cornell Wright, during the public comment period, said he felt although opt out is not ideal, it is reasonable. He added he is happy to hear some discussion on pursuit of legislation on the issue.

“I think this is a good way to go for the time being,” he said.

Speaking as a private citizen, Antonio Maggiore wondered how the opt out policy would be handled for rental units.

“I am concerned that the opt out policy … should that be adopted, does not have actual fiscal impacts and I am wondering how that works with rental policies as people move in and out of houses how much meter changing could be on the table … I would like see more detailed analysis on cost impact,” he said.

Board member Carrie Walker wondered if the percentage of people who decided to opt out of the smart meter program was high, would the County be able to cancel the contract. Assistant County Attorney Katie Thwaites said all County contracts can be cancelled but the County would need to pay for any services rendered prior to termination.

Westervelt said that up to 25 percent of residents could opt out and it would still be a viable project. If it goes above 25 percent, he said, DPU would need to look at it again. He added that the pilot project conducted in 2012-2014 included providing smart meters to 1,600 residents and only 20 opted out.

“I think we have a really good idea overall of citizen acceptance of this program,” Westervelt said.

While he felt the recommendation presented to the board was positive, McLin said he still has his doubts about the program.

“I am encouraged by the opt out option and this is a positive step in my mind. I am still reluctant to support the project without seeing (more) in writing,” he said.

Board Chair Jeff Johnson asked if DPU staff would return to the board with a finalized op-out policy.

DPU Manager Tim Glasco said the plan is to discuss the policy with the board before asking for approval. DPU will return to the board with the opt-out policy.