Bohn Speaks To Kiwanis On Rescuing Mom From Ukraine 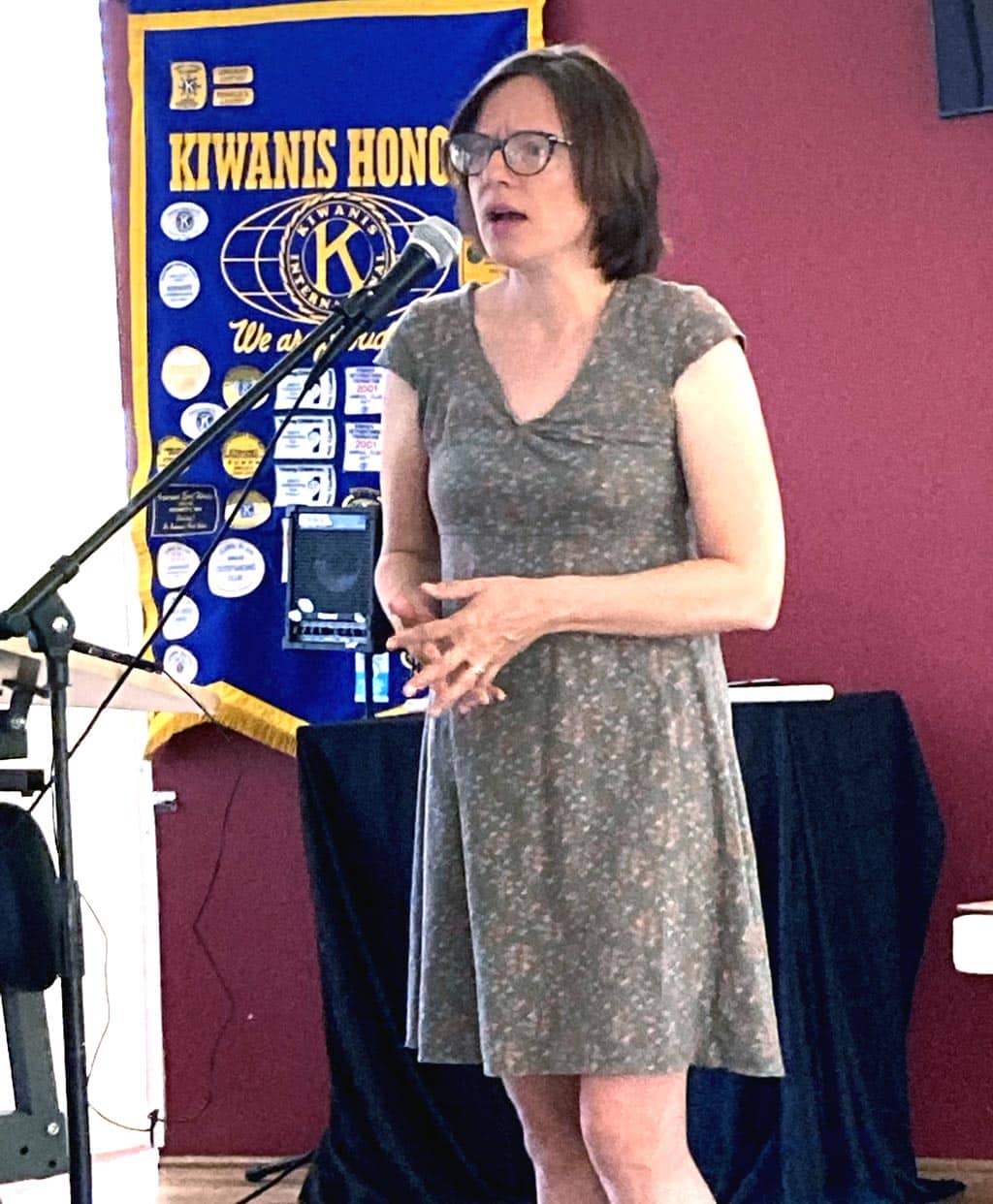 Inna Bohn, a Los Alamos Middle School teacher, came to Kiwanis June 14 to share a story that made the war in Ukraine suddenly personal for a roomful of Americans.

Bohn moved to the United States some time ago, leaving behind her aging parents, but hoping to build a new life for her family. By the time Russia invaded Ukraine, her father had died of COVID-19 and her mother, a 75-year-old cancer survivor with health issues was alone.

As time passed and the war drew closer, it was clear her mother needed to migrate to the United States, even though she was reluctant to leave the home she had lived in since she was 16 years old. The Russian troops were only 20 kilometers away when Bohn decided she must go and get her mother out of the war zone.

Along with friends and family members, she persuaded her mother to visit her former pastor who lived in a town to the north. From there, one of Bohn’s friends who had started a rescue mission there agreed to take her mother to the Romanian border, a three-to-four-day trip. He told Bohn that the situation was too dangerous, and this was her only choice. They convinced her to agree with his plan.

Bohn flew to Romania but was not allowed to enter Ukraine. This turned out to be a mercifully short wait until her mother crossed the border and they were reunited. They then moved on to Bucharest where, with the help of sympathetic Americans her mother was able to receive an expedited immigration visa.

Bohn expressed her gratitude for the many friends and strangers who helped them. She and her mother eventually flew to Texas, where her mother is now staying with Bohn’s sister. She plans to move in with Bohn and her family July 4. Bohn said that her mother hopes that one day the Putin regime will collapse, and the aggression will end.