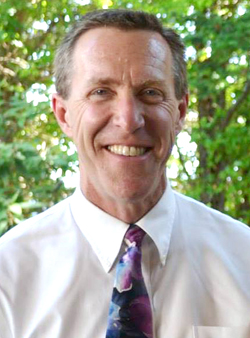 In Tuesday’s School Board election, Los Alamos County voters re-elected Stephen Boerigter, who ran uncontested, to fill Position 4 on the UNM-LA Advisory Board. Michael DiRosa was elected to fill Position 3, which is being vacated by Linda Hull who will complete her four-year term in March.

This will be Boerigter’s second term and he will again work with current Advisory Board members Micheline Devaurs, Michelle Hall and David Sutton to further the college’s mission. Boerigter has been the Board’s chairperson for the past three years.

UNM-LA CEO, Dr. Wynn Goering said, “I would like to congratulate both Steve and Michael on their successful campaigns. I look forward to working with them, as well as the rest of the Board, in moving UNM-LA toward its goal to become one of the premier education providers in the region.”

Goering also said, “I would like to extend my gratitude to Linda Hull for her commitment and service on the Board during these last four years.”

Goering also thanked both Troy Hughes and James Nealy Robinson for their support of UNM-LA by running for the Position 3 seat.

“Their desire to run for the Board demonstrates just how fortunate this community is to have people of this caliber give their time, effort, and expertise to UNM-LA. This is critical to our future success,” he said.

Boerigter came to Los Alamos 22 years ago after completing his doctorate at MIT, and is currently a Group Level manager at Los Alamos National Laboratory.  He said he ran for the UNM-LA Advisory Board four years ago because he believed that UNM-LA is a tremendous “jewel” for our small community and it needed more specific focus to better serve Los Alamos, and the surrounding community. He also said he believed that the Board has achieved a great deal in the past four years to help UNM-LA better focus on what it does well.

Boerigter outlined his goals for his next term on the board by saying, “We have more work to do. In the next four years, I hope to achieve a UNM-LA that is more respected academically. Success for UNM-LA will be a higher fraction of students from Los Alamos and surrounding communities realizing the benefits of spending a year or two to develop and mature their academic skills while in a small campus setting with skilled faculty, at a very reasonable cost.”

Michael DiRosa grew up in the Philadelphia area, obtained a B.S. at Drexel University, an M.S. at Penn State, and a Ph.D. at Stanford University. In 2000, he moved from San Francisco to Los Alamos where he hikes, mountain bikes, skis and snowboards whenever he can. He is on the executive committee of the local Sierra Club group and leads outings for them monthly.

His staff-scientist career at LANL involves writing proposals and mentoring students, postdocs and junior staff, a quasi-academic position that has him appreciate in a very personal way, the hard work of the UNM-LA faculty and administrators who are dedicated to the educational mission, solvency, and growth of campus programs.

“During my term on the UNM-LA Advisory Board, I hope to help the Board engage more with the public and campaign more widely for UNM-LA, to help it gain critical and lasting support for the school’s bright future,” DiRosa said.

Boerigter and DiRosa’s terms will officially begin when the two are sworn in at the next regularly scheduled Advisory Board meeting at 5:30 p.m., March 9.