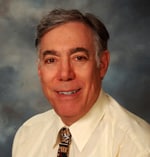 The revenues accruing from oil and gas this year are anticipated to generate a large budget surplus in excess of 1 billion dollars for New Mexico in the next fiscal year, a situation which is predicted to continue for at least the next several years. Many folks have already commented on how this surplus should be spent, as did Paul Gessing in his Los Alamos Daily Post op-ed (Sept. 12, 2018), in which the focus is on pension and tax reform.

Tax reform has been a hotly debated topic at the Roundhouse for many years, and our dependence on the GRT is a problem, but if you reduce the GRT, how will the State adjust for the lost revenue on a recurring basis? Will important programs be cut willy-nilly, or will we tax capital gains, or increase the income tax rate, etc.? Unfortunately, Gessing has little to say on how we would replace lost revenue if we cut the GRT, although based on previous op-eds I suspect his answer would be to cut programs the State offers, rather than increase other taxes or fees.

Regarding pension reform, Gessing’s answer is to follow Michigan’s lead and use a portion of the surplus to convert the PERA and ERA defined benefit pension plans into defined contribution plans instead. However, this change shifts the uncertainty in whether or not funds will be available to pay out a pension in the future to each individual employee, instead of to the very large PERA and ERA pension plans.  So yes, making the change will be better for the State’s bond rating, but in exchange, every employee will take on the risk of a reduced pension payout in the event that the stock market or their particular investment vehicles crash.  Is it better for the State to take on that risk, or the individual employee?

It also isn’t clear how many dollars it would take to make the transition. Are we talking about a few million dollars or a few hundred million, or more? The current actuarial deficit for the two pension plans is in the billions, although that is strongly dependent on the assumptions made for the return on investment. Insurance companies seem to be able to manage this problem, why can’t the NM retirement plans handle it?

A better approach might be to use a portion of the budget surplus to inject enough dollars to stabilize the retirement plans for the future, perhaps in several annual contributions, assuming that the oil and gas funds continue to provide strong budget surpluses. In fact, it would make sense to use the surplus to allow for a reduction in the contributions required by employees, which would result in an effective increase in their take-home pay, something which is badly needed, while at the same time converting a portion of the one-time budget surplus into a recurring salary increase, instead of directly budgeting salary increases for these same employees. I don’t know if such an approach is financially feasible, but it would be worth looking at seriously before opting to force employees into the 401-K or 403-B approach, which offers no guarantee of a pension you can live on in the future.