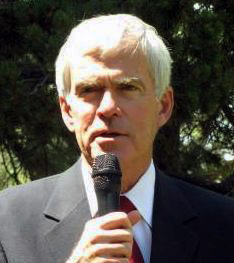 In June, the U.S. Supreme Court upheld a majority of the provisions of the Affordable Care Act (ACA). The decision allows us to move forward with the law’s implementation, which I believe will be a great benefit to New Mexicans.

Since the law’s passage in 2010, seniors and those with disabilities have saved more than $21.5 million on prescription drugs and seen the Medicare “donut hole,” a gap in reimbursements for certain prescription costs, begin to close.
More than 122,000 New Mexico children cannot be denied coverage by insurance companies because of their pre-existing conditions.
For young adults trying to make their start in this difficult economy, they can remain on their parents’ insurance until age 26. Consumers have saved an estimated $2.1 billion due to health insurance rate hike review rules and reimbursements for when insurance companies don’t spend enough on medical care.
The Affordable Care Act also addresses health care issues specifically affecting women. For more than 250,000 women in New Mexico, Aug. 1 of this year brought many new initiatives aimed at improving the quality of their health.
The health care reform law requires private insurance plans to begin offering specific preventive health services to women without cost to them-no co-pays.
Because of health care reform, women are now accessing mammograms, cervical cancer screenings, human papillomavirus (HPV) vaccines, and a wide range of prenatal screening and tests for the first time.
Women and men also now have access to smoking and alcohol cessation programs, diabetes and blood pressure screening and counseling, and flu and pneumonia shots. All of these preventive services are free through their insurance-there is no co-pay.
On Aug. 1, the number of preventive services being offered to women expanded. New private insurance plans must now offer annual well woman visits, and offer other care, as well.
For example, women who are pregnant can now obtain gestational diabetes screenings, as well as breastfeeding support, supplies, and counseling after giving birth.
In 2014, women will see their health care improved even further. Most importantly, insurance companies will no longer be permitted to discriminate against women or charger higher rates based on gender.
Additionally, beginning that year, women will gain coverage for maternity and newborn care services with no cost-sharing.
The ACA marks a turning point in the nation’s health care system in recognizing that women and men have different health service needs to prevent illness and disease, and keep the cost of health care low.
With these provisions of the law going into place, our nation’s health care system is evolving to put women and their doctors in charge of their health care decisions.
Menu
LOS ALAMOS