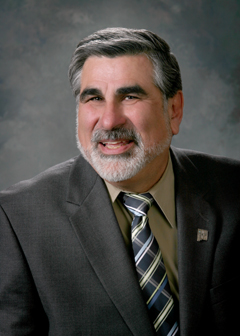 HB 588 sponsored by House Majority Leader, Rick Miera (D-Bernalillo-11) establishes methods of intervention for families who are caring for their loved ones who are mentally ill and unable to care for themselves.

In gut wrenching testimony, some people described how their mentally ill family members often cycle in and out of jail or hospitals or end up homeless.

One police officer said the Bernalillo County jail is the largest mental health facility in the state – as many with mental illness end up behind bars.

The Community Engagement Teams (CETs) established in HB 588 would assist clients who are “unlikely to live safely in their community” and who are deemed incapable of making treatment decisions.

CETs (comprised of medical specialists) would also make determinations as to which citizens of the state may be in need of treatment guardians.

The concept of CETs came from a task force that was launched in 2011 to address several bills regarding changes to the Mental Health and Disabilities Code (MHDC.)

This concept of outreach does not formally exist anywhere in the country. HB 588 will provide for a five-year pilot project.

“It is a noble effort to respond to a very complex problem dealing with severe mental illness,” House Majority Leader Rick Miera said. “The CET model is intended to help mentally ill person who are unable to live safely in the community to access treatment in time to prevent them from becoming a danger to themselves or others in the first place.”

Miera said early detection and targeted intervention by professional have been shown to lessen the duration and severity of mental illness and improve the long term outcome for the mentally ill.

A program like this is also likely to result in savings to local government and law enforcement by reducing the need for response by law enforcement and for detention in the county facilities.

HB 588 passed unanimously in the HHGIC. The bill will now go to the House Judiciary Committee for consideration. You can read HB 588 by clicking here

House Bill 75 as amended (“Business Attraction & Retention Program”), sponsored by Rep. Patricia Lundstrom (D-McKinley, San Juan-9), went to the House floor for final vote today and passed 65-0. HB75 appropriates $880,000 (eight hundred eighty thousand dollars) from the General Fund to the Economic Development Department (EDD) for the purpose of supporting a frontier communities program to attract and retain businesses and to create jobs in New Mexico. The frontier communities program is tailored to the needs of incorporated villages and towns with populations fewer than five thousand that focus on their village plazas, squares and town centers.

House Bill 190 as amended (“State Ethics Commission Act”); sponsored by Rep. Brian Egolf (D-Santa Fe-47) has passed the House by a vote of 64-1. HB 190a creates an eleven-member State Ethics Commission. (SEC) The SEC would monitor the ethics of government officials and employees. The SEC would be completely independent in both policy-making and administration from any state department.

House Voters and Elections Committee Substitute for House Bill 219 (Adequate Election Day Polling Place Staff”), sponsored by Rep. Nate Cote (D-Doña Ana, Otero-53), passed the House by a vote of 68-0. HBCS 291 will ensure polling locations have adequate equipment such as polling machines and booths as well as ensure there are enough trained poll workers. The bill addresses issues with insufficient staff, printers and ballot machines at voting sites across the state, especially in Dona Ana, Bernalillo and Sandoval Counties.

House Bill 282 as amended (“Albuquerque Isotopes License Plate”), sponsored by Rep. Antonio “Moe” Maestas (D-Bernalillo-16) soared through the House with a vote of 68-0. HB 282/a creates a special Albuquerque Isotopes license plate for purchase by New Mexicans. A portion of the fee from the license plates would go to the Public Education Department to support high school sports. “ Orbit,” the mascot for the Isotopes, was on the floor as an expert witness and lobbying for the passage of the bill.

House Bill 449 (“Employer Definitions, Records & Lawsuits), sponsored by Rep. Miguel Garcia (D-Bernalillo-14) passed the House by a vote of 61-0. HB 449 amends the Employment Act to include more stringent enforcement mechanisms to the Anti-Wage Theft Law enacted in New Mexico in 2009. The bill expands the definition of “employer”, requires documents to be provided in English and Spanish, extends record retention, provides procedures for class action suits, provides penalties, and establishes the wage and hour enforcement fund.

House Bill 540 as amended (“Police Athletic League License Plate”) sponsored by House Majority Leader, Rick Miera (D-Bernalillo-11) passed the House by a vote of 67-0. HB540a creates a special license plate that reflects support for the New Mexico Sheriff and Police Athletic League. A portion of the fee will be distributed to the Children, Youth and Families Department for funding recreational and educational programs and equipment for at-risk children.

Senate Bill 198 as amended (“Hospitals as STEMI Centers”), co-sponsored by Sen. Howie Morales (D-Catron, Grant, Socorro-28) and Rep. Doreen Gallegos (D-Doña Ana-52) passed the House by a vote of 68-0. SB 198 provides that the Department of Health (DOH) certify an acute care hospital as a STEMI receiving or referring center if that hospital has been accredited by a nationally recognized organization that provides STEMI receiving or referring accreditation. STEMI is an acronym meaning “ST segment elevation myocardial infarction,” which is a type of heart attack. The bill now goes to the Governor.

House Memorial 80 (“Improve I-25 Safety at Sandia Pueblo”),sponsored by Rep. James Roger Madalena (D- Rio Arriba, Sandoval, San Juan-65) got a “Do Pass” from the House Transportation and Public Works Committee with a vote of 9-0. HM 80 requests that the New Mexico Department of Transportation discuss making improvements (including noise barriers) on I-25 where it passes through the lands of the Sandia Pueblo.

House Memorial 89, (“PTSD Impact & Firefighter Presumptions”), sponsored by Rep. Emily Kane (D-Bernalillo-15), was heard in the House Health, Government & Indian Affairs. House Memorial 89 requests that the Workers’ Compensation Administration (WCA) study Post Traumatic Stress Disorder (PTSD) and its relationship to job-related health problems for firefighters. The memorial also requests that the WCA review the current presumptions for firefighters, including 11 cancers, five infectious diseases, and various cardiovascular provisions, that are presumed to be job-related for the purposes of making a claim to the WCA.

House Bill 600, (“Satisfaction of Conditions for a Felon to Vote”), sponsored by Rep. Antonio Moe Maestas (D-Bernalillo-16) was tabled in the House Voters and Election Committee today with a vote of 4 to 4. HB 600 would have amended the Election Code saying a felon loses their right to vote and can only have it restored if they have been unconditionally discharged from a correctional facility or detention center, has completed all conditions of parole or supervised probation, or has had the conviction overturned on appeal.

Senate Bill 16 as amended, (“Public Campaign Financing Changes”), sponsored by Senator Peter Wirth passed the House Voters and Elections Committee today with a vote of 10 to 0. It now moves to the House Judiciary Committee. Senate Bill 16 amends, repeals, and enacts sections of the Voter Action Act (“VAA”) that specifically apply to the public financing of campaign expenses and debts for “covered offices” (defined as any office of the judicial department that is subject to statewide elections and to the office of the Public Regulation Commission). Amendments were made to exclude Federal, municipal and school board candidates. SB 16 amends the VAA by allowing candidates to collect $100 contributions which the State will match with a disbursement of four times the amount collected—not to exceed three times the initial disbursement to the candidate in total. Current law disqualifies any applicant from receiving public financing if that candidate receives more than $500 from any single contributor; this bill reduces the amount to $100.