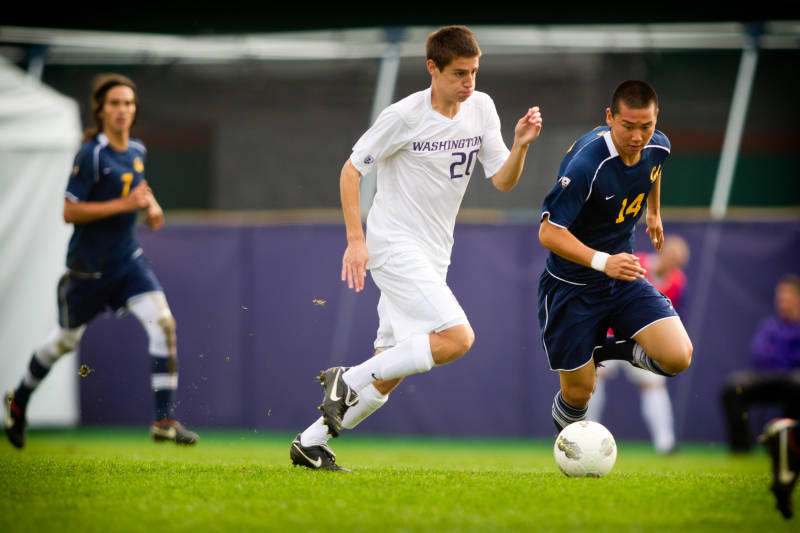 SEATTLE – The countdown to the Washington men’s soccer opener continued Saturday as GoHuskies.com previewed the junior class. Just three days before UW opens at Gonzaga, six juniors were looked at, including three who have redshirted a year and have an extra year of eligibility.

The junior class features several talented players who have not seen as much of the field as their level of play would indicate. Among this group are several players who have battled injury, a goalkeeper stuck behind an All-America candidate and a noted JC transfer ready to make his impact at UW.

Andy Thoma has been a key cog in the Huskies success the past two seasons as a left midfielder and left back. This season, Thoma is expected to play primarily left back where he can use his athleticism to get up down the flank to attack, but at the same time retreat and be a tenacious defender.

“We hope to get a lot of wide play out of the left side,” Clark said. “He is a huge reason for that.”

Dynamic transfer Darwin Jones, who comes to Washington from Highline Community College and the Seattle Sounders development team. The speedy forward is expected to make an immediate impact in Seattle as a goal scorer and offensive weapon. Jones has the speed and athletic ability to change games, but also is skilled on the ball with excellent feet.

“Darwin will likely be the most athletic player in the Pac-12 this year,” head coach Jamie Clark said. “He’s incredibly fast, but also has great link-up play. We think he has the talent to be the Offensive Player of the Year in the Pac-12, it will just be a question of how quickly he adapts to the play and ultimately how many goals he scores.”

Finally, among the true juniors is Charlie Ranahan who is coming off a tough injury during the spring and is racing the clock to be a contributor this season. The current goal is to bring him back to boost the team around the beginning of the conference season. He is an exciting wide player that plays both in the midfield and at outside back.

“Charlie brings great experience in the wide areas,” said Clark. “He was a wide midfielder and fullback the last two years and is a valuable contributor. He has a great work rate and just one of those competitive kids that always finds a way to win his individual battles.”

Among the juniors who still have three seasons athletically is Ryan Herman, an outstanding goalkeeper stuck behind starter Spencer Richey. Herman is a rangy, athletic 6-7 goalkeeper who could start for most teams and will be ready to step in if something were to happen to the Richey.

“We think we might have the two best goalkeepers in the Pac-12,” Clark said. “Unfortunately, when you have the best one, the second-best one doesn’t get to play. He knows that he has to be ready and will be the next in line at UW.”

Thomas Spragg has had an unfortunate bout with injuries and enters another season coming off surgery. Spragg is a talented wide player that when healthy can be a contributor for Washington. His timetable for return is uncertain, but hopes to be ready at some point this season.

“If Thomas can get healthy, he is a brilliant 1v1 guy that takes guys on and swings in crosses,” Clark said. “He is electric to watch and is just a shame UW fans haven’t had a chance to see him play.”

Finally, Chad Wissing is also coming off a redshirt season after being out in 2012 with injury. He played in eight games as a freshman, but can be a goal scorer as a wide midfielder. He is an energetic player with great instincts that creates chances for himself

“Chad was missing most of last season, but can be a great player for us whether that is up front or out wide.”

The junior class has its share of health question marks, but is a very talented group. Jones and Thoma are expected to make big impacts in 2013, but the rest of the group has the talent to make this a really special class. Washington Men’s Soccer