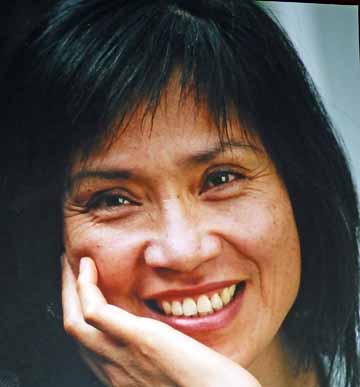 In 1994, Anchee Min made her literary debut with a memoir of growing up in China during the Cultural Revolution. Red Azalea became an international bestseller and propelled her career as a successful, critically acclaimed author.

Twenty years later, after the publication of a number of well-received historical novels set in China, Min returns to her own story. 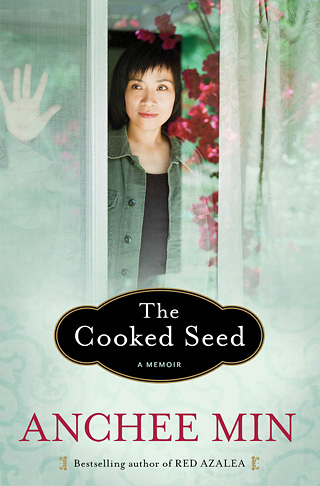 Her memoir, The Cooked Seed, published this week, tells the story of her immigration to America. Min is touring to promote the book and will make a special appearance in Los Alamos at 8 p.m. Sunday, May 19 at the Reel Deal Theater.

Min has developed a multimedia performance especially for her Los Alamos appearance. “An Evening With Anchee Min” will reveal a woman of incredible talents with an important story to tell. She promises a surprise involving her Los Alamos friend, Jim Nesmith, who organized her appearance.

The Cooked Seed gives readers of Red Azalea the chance to find out what became of the courageous young woman who survived the Cultural Revolution. As a teenager, Min was plucked from a labor camp to perform in the film version of Madame Mao’s political opera Red Azalea. With Mao’s sudden death and Madame Mao’s fall from power, Min finds herself sharing that disgrace. She is now “a cooked seed,” destined never to sprout. She sees only one way out, immigration to America.

“If I’d listened to my family, I’d never have taken my chance. I would be dead,” Min said in a recent interview. “To kill myself or to immigrate, those were my choices.”

Min manages to get accepted at the Chicago Institute of Art and is given six months to improve her English or face deportation. She works five jobs and lives in unheated rooms as she struggles to understand American culture, constantly facing the possibility of being sent back to China.

What makes The Cooked Seed different from other immigrant stories is Min’s incredible honesty.

“In China, women suffer silently,” she said. “My siblings say, ‘There are many ways to tell immigrant stories. Why did you have to humiliate yourself by revealing all these negative things?’ They wish this book did not exist. My task is to overcome that shame. It’s the American in me that can do it.”

Min is not some perfect victim or China doll. She’s a real woman who makes mistakes and lives with them.

“People in China say to me, ‘Who are you to write a book? Your life is just ordinary,’” Min said. “I represent 95 percent of Chinese women. I told my father, my life is the life of millions that has stayed buried. He understood. I see value in my ordinary life and that’s very American,” she said.

Min sees herself as uniquely poised to help Americans understand China and the Chinese.

“I don’t see many books on China that show the China that I know,” she said. “China is more complicated than Americans think. China is so frightened by Western power. China’s behavior is shaped by its history, a history most Americans don’t know and don’t understand. America cannot afford not to understand China.”

Min sees herself as a hybrid—American and Chinese at once. “I have Chinese determination and American spirit,” she said.

Her voice as a writer is also a hybrid. “I use Chinese to enrich English,” she said. “I speak with my own accent. I turn my limitations into an advantage. I look at Chinese in a new light now. Going back and forth makes something unique. I may not be a Michelangelo, but I can be a Van Gough. If I were in China, I would never be able to do this.”

One of the most interesting and moving parts of The Cooked Seed is Min’s relationship with her daughter Lauryann.

“My mother never accepted the flawed me.There was loving, but not sharing between us,” Min said. “I was determined to use the American part of me to understand and know my daughter.”

Being the Chinese mother of an American daughter had pitfalls. Fear that her daughter’s life would mirror her own sufferings drove Min to push her daughter hard. She required Lauryann to spend long hours alongside her repairing the rental units Min used as income when Lauryann was a young girl.

“I worried about her survival,” Min said.

It was Min’s husband Lloyd who saw beyond survival to helping Lauryann achieve the academic success that led her to Stanford University, Min said.

Min met Lloyd in a very American way, the Yellow Pages. She signed up for a dating service. Overcoming shyness on both sides and traumas of the past that affected them both, the two forged a partnership that sustains them.

The Cooked Seed may lack the drama of Red Azalea, but the story that it tells is just as important and fascinating. Often, the richest and most diverse areas of an ecosystem are its borders. It is in the place were two worlds meet, that something new and unique is allowed to exist. This is what immigrants have to offer.