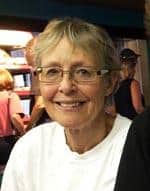 In Thailand just a few days ago, 12 kids and their coach were rescued after surviving two weeks in pitch darkness, not knowing if anybody knew where they were, if anybody would ever find them, if they would die, one by one, running out of oxygen, clinging to the slippery rock on the cold, wet ledge, the last one left to die all alone in absolute darkness.

We watched as the world came together to get those kids out of the cave. It was a miraculous effort that cost Saman Kunan his life. Kunan, his family, and the world were willing to make that sacrifice. For those boys, it was all worth it.

I was just on the County’s new Zero Waste webpage;

The County makes it easy for its citizens to do the right thing for our community, our children, and the world, and recycle what is recyclable. But the new web page tells us that each—every single you and I—resident sends 500 pounds of recyclables annually to the landfill rather than rerouting it to reuse.

As easy as it is to pay attention to what’s recyclable, to separate it from the trash, to toss it into the Blue Bin, and push the bin to the street, why don’t people do it? Like … it’s just too much trouble? Like … who cares because somebody else is going to clean up the mess? Like … our kids?

One option for the rescuers was to leave the soccer team and their coach on the ledge and just pump in enough oxygen to keep them alive until the rainy season stopped. After Kunan died, even one parent said maybe that’s what the rescuers should do.

But the truth is that the team probably wouldn’t survive. And if they did—those four months or so? Well, you can imagine what trying to live through that would be like. The rescuers continued. And they succeeded. Humans can do just about anything when the survival of what they love is at stake.

So, why can’t the people of Los Alamos make the teeny effort to recycle? We’re not going to die doing it. On the other hand, we know what is dying when we don’t. We’re pushing our kids deeper and deeper into a dead-end world where they will be clinging to the edge of what is habitable as they suffocate among piles of trash. I bet if you put it that way, we’re each ready to not only keep plastic and other recyclables out of the trash, but to not get so much of it in the first place. Plastic bags? Straws? Bottled water? Use once and toss? Otherwise, hey kids. Welcome to your future where even if you’re drugged and put into a full-face mask and body bag, there’s no safe place to drag you to. The choice is clear. Thank you for making that choice. Hey mom and dad, thanks for loving us.