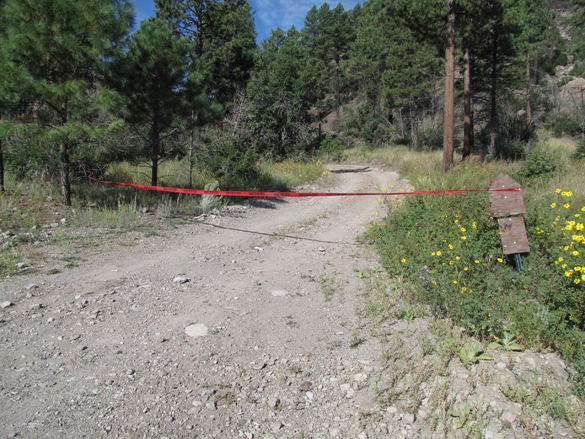 The entrance to the area where a bear attacked a Los Alamos man Wednesday on the Canon de Valle Trail is closed today while officers from New Mexico Game & Fish sassisted by Los Alamos police and LANL earch for the bear. The public is asked to stay away from the area. Photo by Chris Clark/ladailypost.com 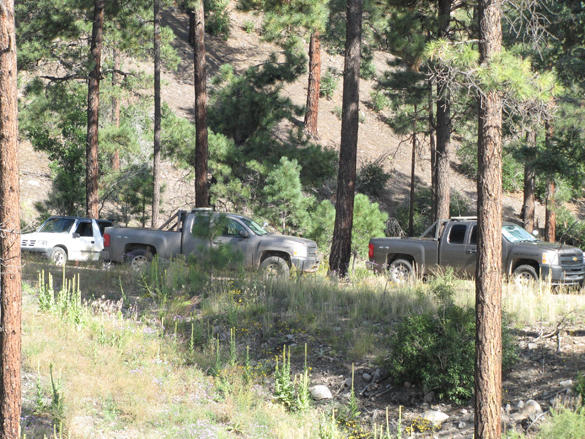 NMG&F vehicles are at the scene of Wednesday night’s bear attack on a 56-year-old Los Alamos man on the Canon de Valle Trail. The man arrived at the Los Alamos Medical Center Emergency Department where he was treated, stabilized and transferred by Classic Air Medical to Christus St. Vincent in Santa Fe. Photo by Chris Clark/ladailypost.com

New Mexico Department of Game and Fish officers are searching for an adult black bear involved in the attack of a 56-year-old Los Alamos man Wednesday evening on a hiking trail near Los Alamos.

The man suffered deep flesh wounds and scratches to his head, chest and hands and was being treated at Christus St. Vincent Hospital in Santa Fe.

Conservation officers using dogs are searshing for the bear today with assistance from Los Alamos police and Los Alamos National Laboratory personnel. If found, the bear will be tested for rabies. Rabies in bears is rare but it is a nearly 100 percent fatal disease, so every precaution will be taken.

The trail where the attack occurred, the Canyon de Valle trail north of Los Alamos, is closed until further notice.

According to officer reports, the victim said he was running on the trail at about 7 p.m. when he encountered a female bear and its cub on the trail. The cub ran up a tree. The victim tried to scare the female bear away by making noise, but the bear charged, knocking him into a stream bed, and then started biting and clawing at his head. When the bear stopped attacking and the victim tried to stand up, the bear attacked again and then walked away.

The victim was able to walk 2.5 miles back to his car, where he retrieved his personal identification and flagged down a passing motorist, who took him to Los Alamos Medical Center. The victim was treated for his wounds before being transported to Christus St. Vincent Hospital in Santa Fe.

Bear hair samples were collected from the victim and his clothes to help identify the bear involved in the attack.

The incident was the third this year in which a bear attack resulted in injuries to a human. In early July, a bear bit a Raton girl while she was sleeping in a tent outside her house. In early June, a bear attacked and scratched a man who was hunting antlers in Lincoln County.

Here are some ways to protect yourself if you live in or visit bear country:

If you encounter a bear:

If you live or camp in bear country: 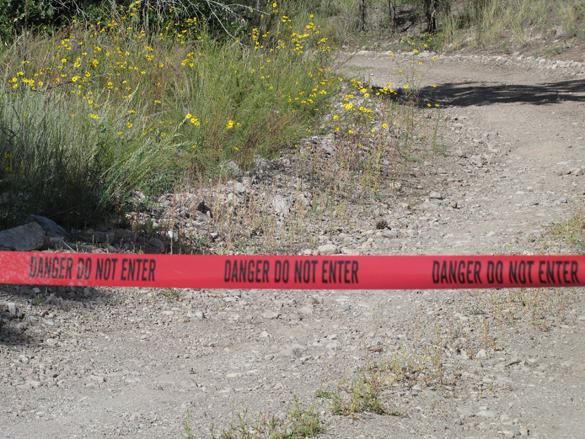 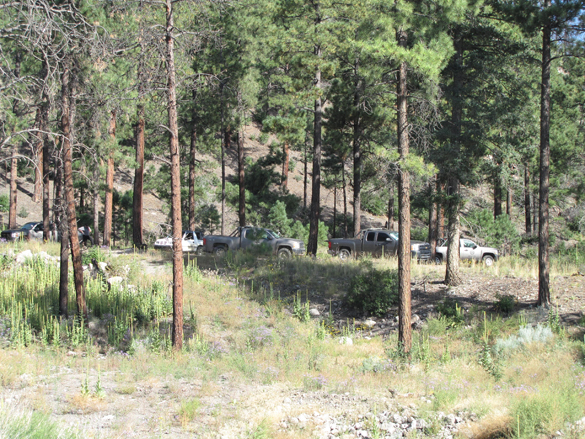