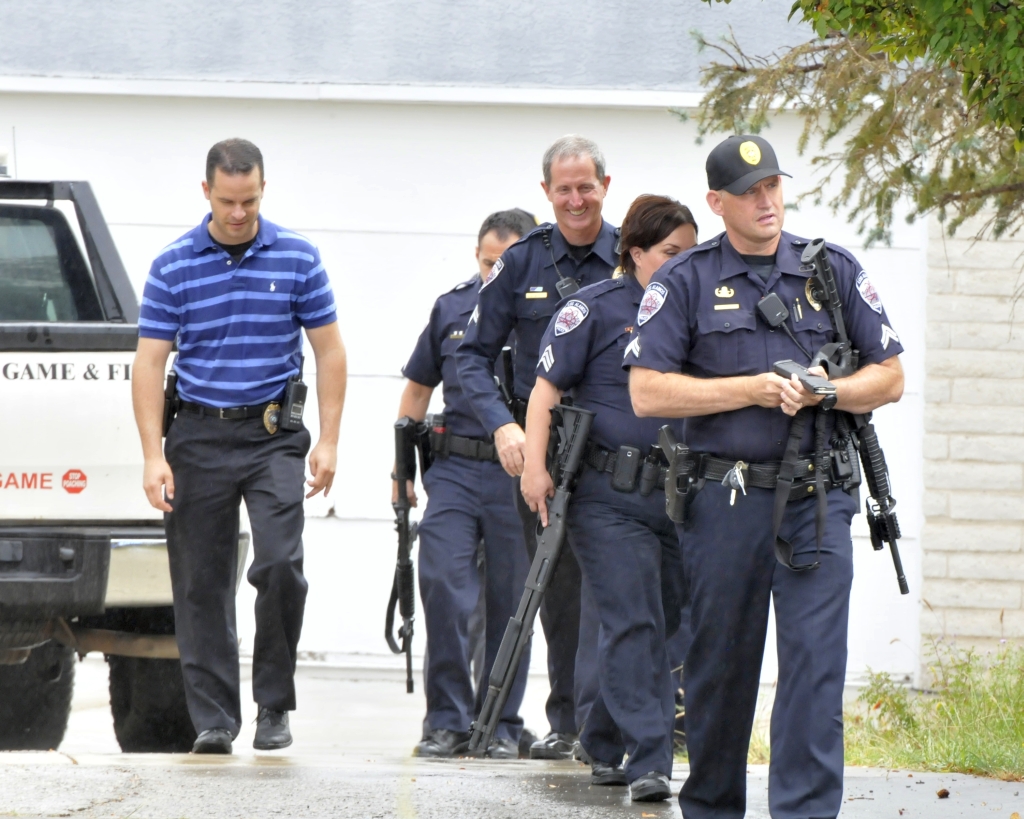 Los Alamos Police searched the area for the bear reported inside the kitchen of a Barranca Mesa home. A bear that enters a home with people inside is considered a dangerous animal. Police leave the home after receiving a report that the bear was spotted further down the street. Photo by Greg Kendall/ladailypost.com
By GREG KENDALL
Los Alamos Daily Post

Today at approximately 11:30 a.m., a large bear reported to be about three years old entered a home on El Nido on Barranca Mesa in Los Alamos. The home sits on the edge of a canyon near the east end of Barranca Road.

The homeowner and an adult relative were inside at the time. The homeowner (who did not wish to be identified for this story) was walking towards a doorway headed into the home’s kitchen in order to begin preparing lunch when she saw a large bear standing up on its hind legs, hunched over the kitchen island, looking for food. The homeowner locked eyes with the hungry bear for a moment. The homeowner immediately closed the door between herself and the bear and set the door lock. She yelled for her father-in-law to quickly head for the safety of a back bedroom. The homeowner joined her father-in-law in the bedroom and immediately closed the door. She called 911 and police responded quickly to the scene.

Police conducted a search of the inside of the home but the bear appears to have left the home the same way he entered. Police then combed the neighborhood in search of the bear. The bear was not found in the area. Later reports indicated the bear had moved north and had turned over some trash containers at other homes in the area.

Many bears have been spotted in the area recently and appear to be very hungry as they attempt to fatten themselves up for the winter season.

New Mexico Fish and Game Ofc. Blake Swanson happened to be in the area and was first at the scene. Swanson told the Los Alamos Daily Post that there had been a bear complaint within the last year at the same home on Barranca Mesa. Officers previously caught a bear at that same residence.

“We have had problems with bears coming in being attracted to bird feeders, bird seed or hummingbird feeders,” Swanson said. “The bears come in and feed on these food sources that are put out for other wildlife. Minimizing that amount of attractant in the residential areas will help deter any bear activity. Also, taking care of your trash and bringing out your trash on trash collection morning and not the night before can minimize the scent that brings the bears in.”

“We live in a wildland interface. We live with the bears and if we can deter any amount of bear activity through our own personal actions that will help in the future with any nuisance bears,” he said. “Bears will consume just about anything. There is not just one type of attractant, there are several.”

News reports out of Santa Fe and Albuquerque indicate that bears are notably more active in residential areas this year. Los Alamos appears to be following the same trend. 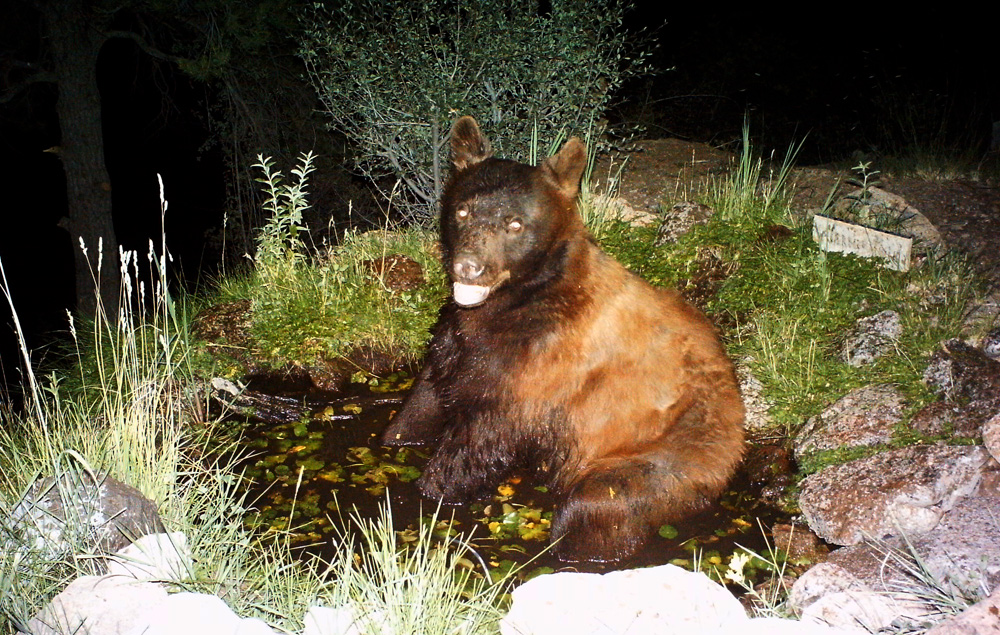 The bear involved in today’s event escaped through neighboring yards before police could identify him. Could it have been this bear seen recently in the near by Viswanathan family’s backyard pond? Photo by Hari Viswanathan 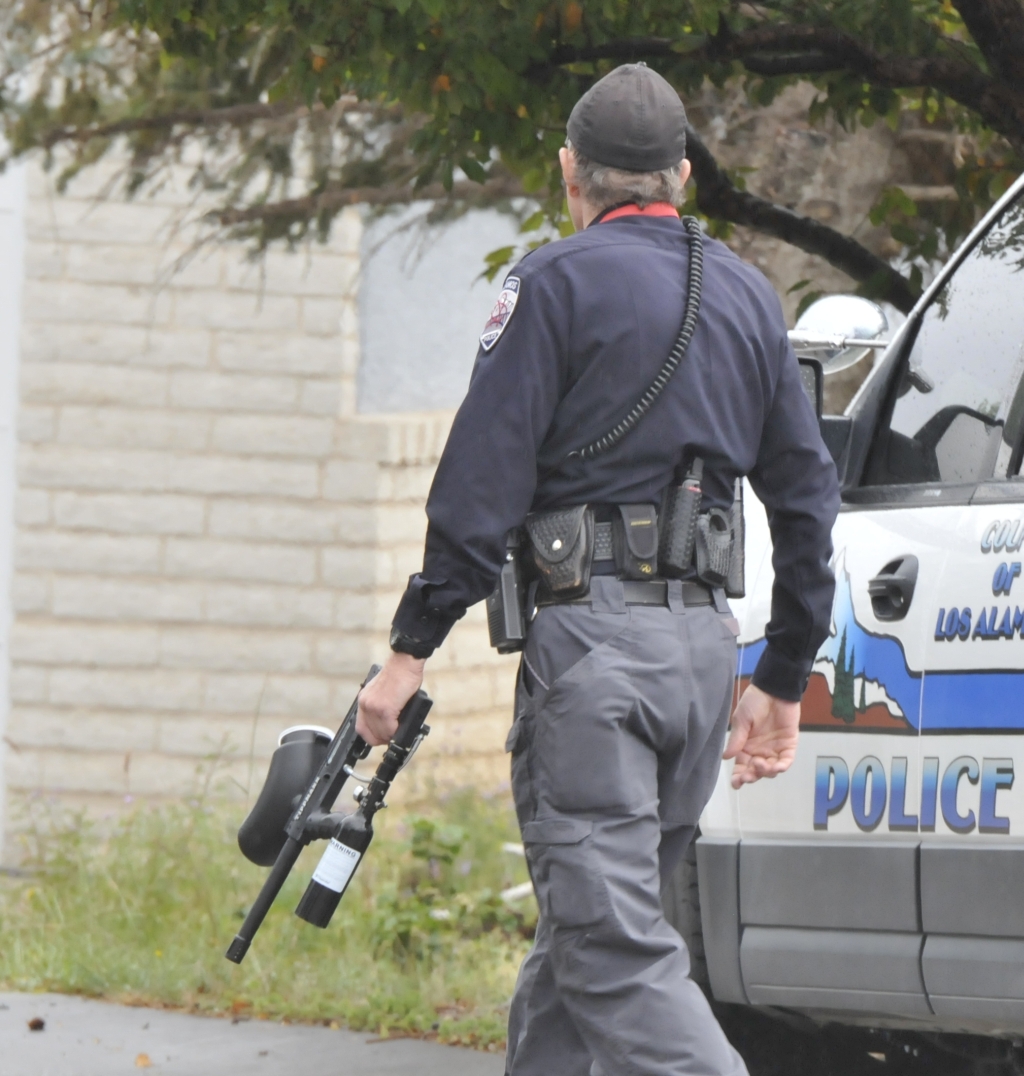 An Animal Control Officer carries what appears to be a paint ball gun presumably in order to frighten the bear out of the home, if necessary. Photo by Greg Kendall/ladailypost.com 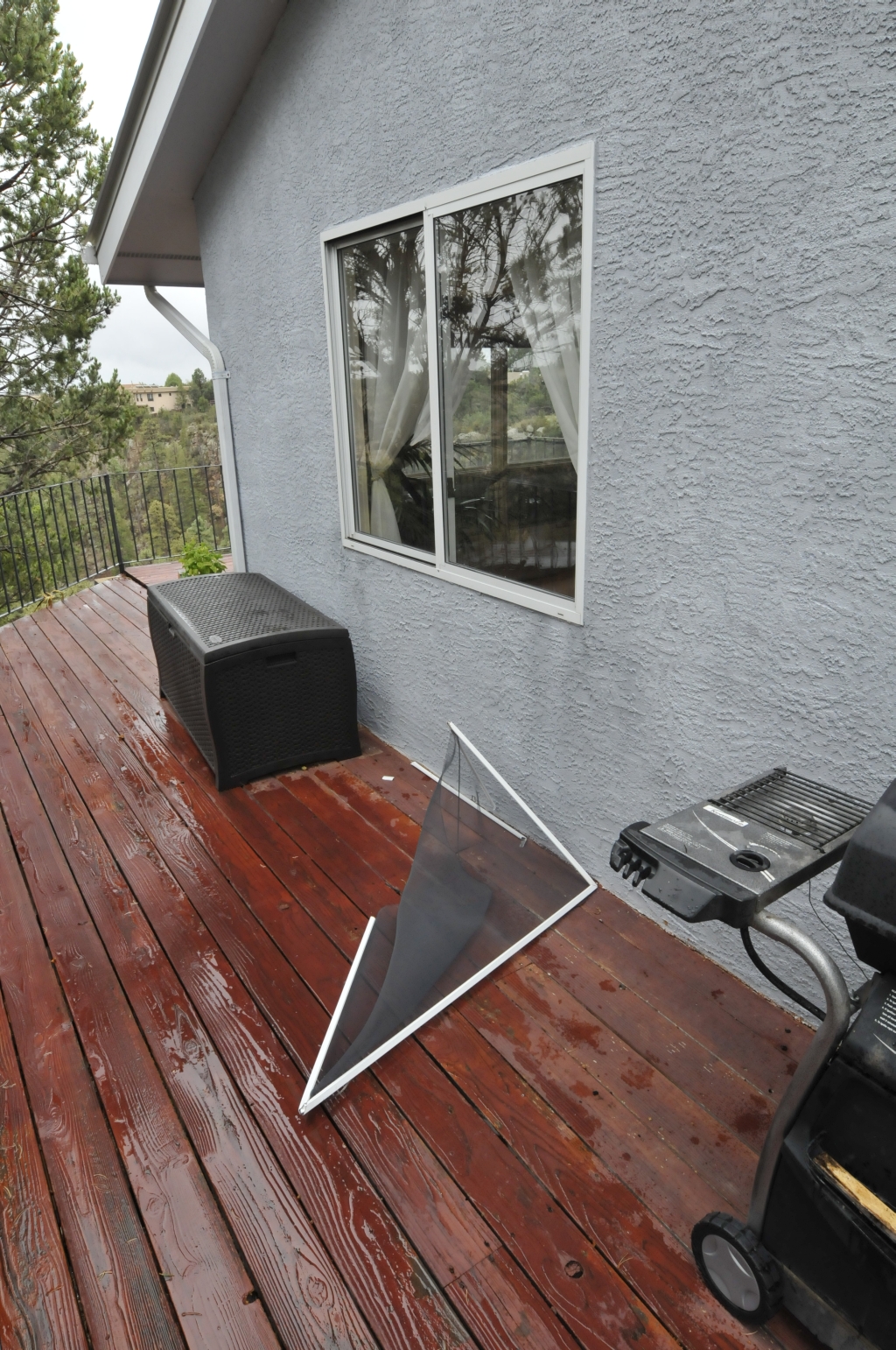 The bear ripped off the screen and climbed into the Barranca Mesa home through this window, which was open at the time. Photo by Greg Kendall/ladailypost.com 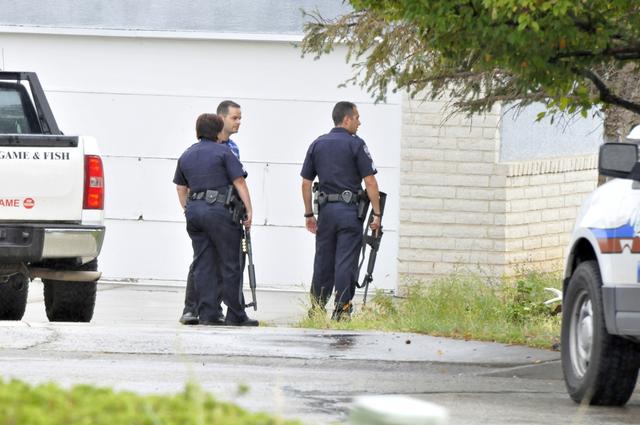