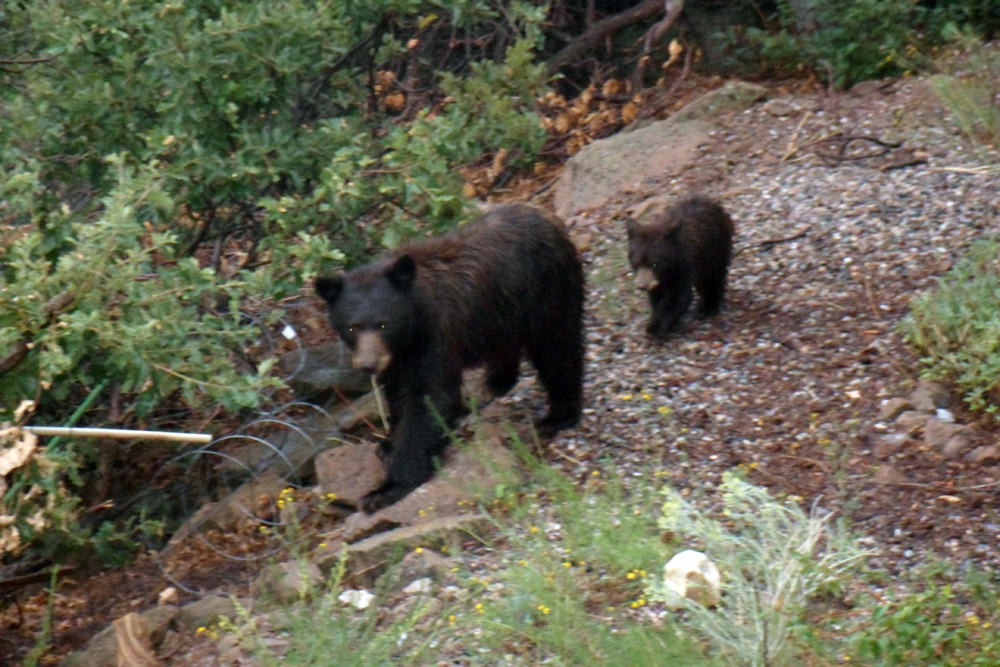 Panchita and her cub Penelope in happier days. Photo by Elly Edelmann 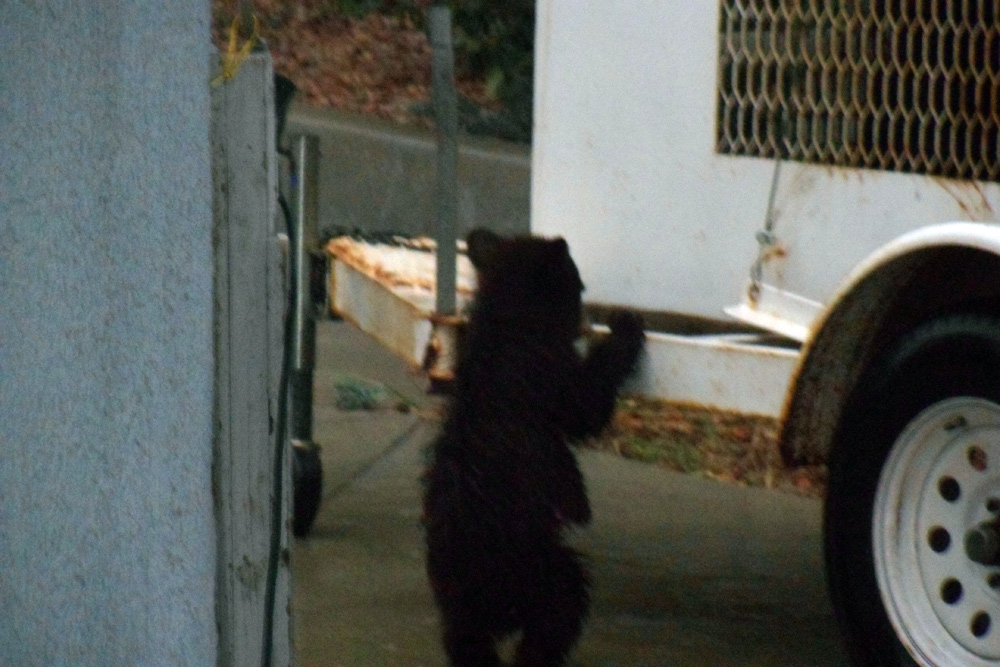 Penelope attempts to reach her mother who is inside the bear trap in the driveway of Elly and Paul Edelmannn’s home on Barranca Mesa. Photo by Elly Edelmann

At approximately 11:30 a.m. Sept. 10, a large bear reported to be about three years old entered a home on El Nido on Barranca Mesa in Los Alamos.

The home sits on the edge of a canyon near the east end of Barranca Road.

“The bears are the second and third generations of at least three generations living directly below our house in Barranca Canyon,” homeowner Paul G. Edelmann said. “My wife Elly has given names to all three, since we have known the “grandmother” bear for almost four years. Her name is Rosita. Three summers ago, we were woken up every morning by the crying of Rosita’s newborn cub daughter Panchita. Now, three years later, we see that Panchita has a new cub of her own, named Penelope.”

“These bears never entered our home until this event occurred Sept. 10,” Edelman said. “In previous years, the many fruit trees in the neighborhood provided a more natural food supply to the bears. We’ve never given them anything, knowing that there is no good outcome from doing so. This year, however, all the fruit trees are barren due to the effect of the drought. The bears are extremely hungry at this time of year when they must try to feed themselves as much as possible before their winter nap. The fact that they are in the neighborhood in the middle of the day (they would normally feed at night) indicates that they’re starving.”

“Unfortunately, Penelope did not enter the cage when Panchita did, so she was left outside,” Edelmann said. “The rangers were unable to unite her with her mother after hours of attempts, and Elly heard Penelope crying and trying to open the cage into Wednesday morning. By Wednesday afternoon, the rangers had to transport Panchita away, so we now have a very hungry baby bear cub in the neighborhood. We don’t know whether Rosita (the huge Grandma bear, more than twice the size of Panchita) will protect her. We can only ask that anyone who sees an apparent orphan bear cub on Barranca Mesa, please call the Game and Fish rangers so they can hopefully reunite Penelope with Panchita.”

For more detailed information on how to keep bears alive and you safe, visit the Department of Game and Fish website at www.widlife.state.nm.us and click on the publications tab in the top-left corner of the page.

For more information or to report sitings of Penelope, contact the Albuquerque office at (505) 222-4700.