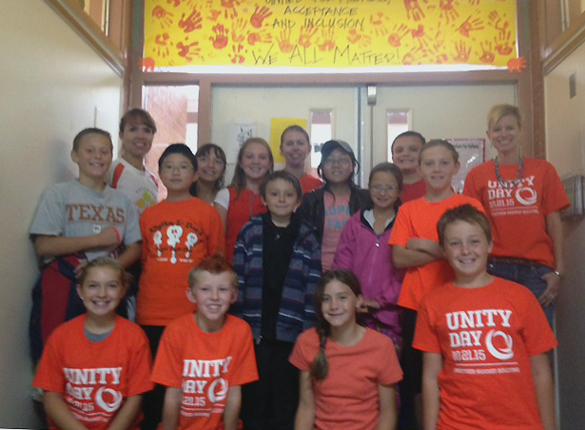 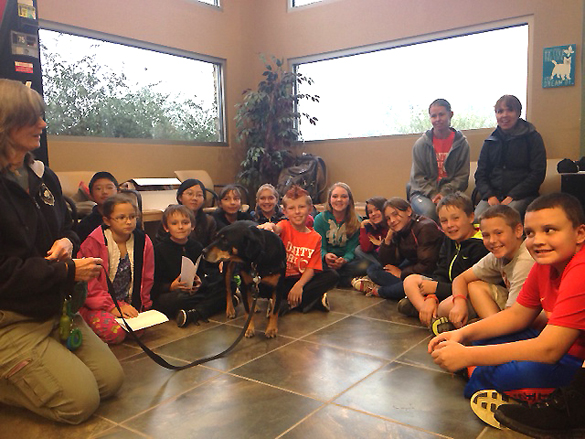 The Barranca Natural Helpers program is off to a great start this school year. One of the group’s goals is to work diligently to support their school and community. While it is only a few months into the school year, they are well on their way to accomplishing this goal.

In September, they participated in the community “Out of Darkness” walk. This is a yearly AFSP walk designed to spread awareness for depression and suicide prevention. In addition to participating in the walk, they raised $150 for AFSP. Having experienced peers, family and friends dealing with depression and suicidal feelings, this is an important cause for them which helps them feel they can make a difference in our community.

October is anti-bully month so the helpers have worked to put a positive twist on the anti-bully initiative at Barranca this year. First, they have promoted and participated in random acts of kindness. Then the whole school participated in Unity Day Oct. 21 where everyone wore the color orange.

For this, they also created a large yellow banner for all 5th & 6th graders to see each time they leave the building stating that, “Every day is unity day. United for kindness, acceptance, and inclusion. We all matter!”. The banner was then decorated with orange painted handprints. Instead of putting the focus on the bully, they wanted to put the focus on being kind to each other.

This group also has a love for animals so they wanted to find a way to help our furry friends in Los Alamos. Consequently, they spent a Wednesday afternoon at the Animal Shelter being trained as volunteers. Now that they’ve been trained, the group plans to volunteer together regularly throughout the year.

During our visit we learned that having a beloved pet helps many people get through rough times and bouts of depression as well as maintaining a happy, healthy life in general. The Helpers want to work to support the welfare of animals and making these positive connections happen.

The Natural Helpers have also begun supporting other school programs. For example, the Barranca Chess Club hosted the Los Alamos Kick-Off State Chess Tournament  Oct. 25. People all over the state come to compete in these tournaments and the Natural Helpers wanted to help make the event successful.

They donated food to the concessions, worked the concession window, and helped with clean up. Their support and willingness to volunteer on a Sunday was a big help in making the event a good experience for everyone. They plan to support the Chess Team again in January for the next local tournament.

As leaders of this great group, Audrey Juliani, Anne Shirey, and I, are so proud of these kids. We can’t wait to see what else they accomplish this year. Everything we do is made possible by the support of our principal, Virginia Terrazas, and our sponsor, the Juvenile Justice Advisory Board (JJAB). Without their support, we would not have the flexibility or funding needed to run this program. Thank you SO much for your continued support!