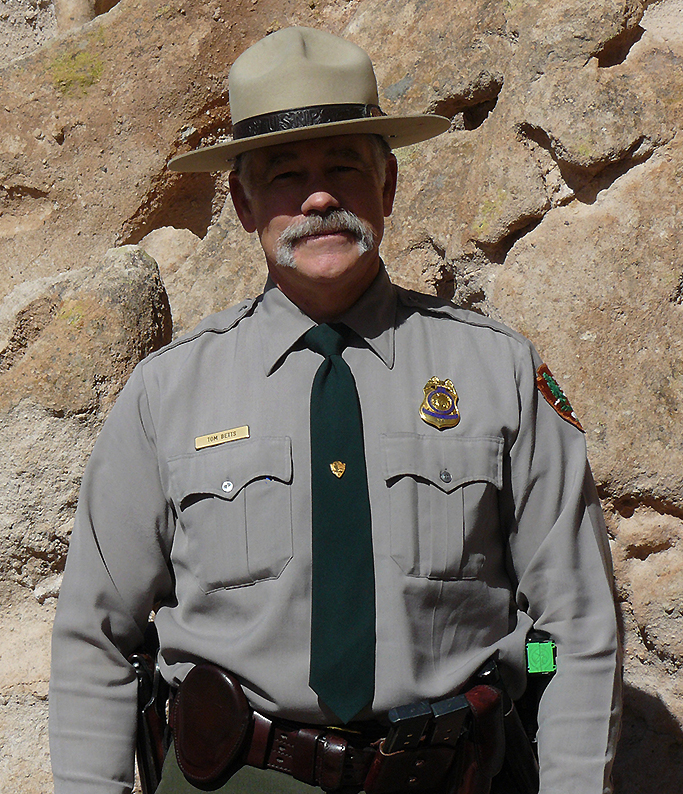 The annual award, named after the first U.S. national park ranger, recognizes excellence in the field of “rangering.” Betts and seven other regional recipients are now the finalists for the national Harry Yount Award, which will be presented in June in Washington, DC.

His duty stations as a permanent law enforcement ranger have included Grand Canyon National Park in Arizona, Rocky Mountain National Park in Colorado and Yellowstone National Park in Wyoming. Before coming to Bandelier, he was a district ranger and chief pilot at Wrangell-St. Elias National Park & Preserve in Alaska, where he logged more than 3,000 hours of flight time in the bush.

“When I think about what it is to be a ranger in the National Park Service, I think of Tom Betts,” Bandelier Superintendent Jason Lott said. “From rangering on horseback at Yellowstone to cross-country skis at Lake Clark, Tom’s done it all. He’s living the Park Service dream.”

As a regional recipient, Betts receives a cash award of $1,250 and a custom-designed plaque with a metal engraving of Harry Yount (1839-1924), who in 1880-81 served a short but distinguished stint as the first and only “gamekeeper” of Yellowstone National Park, protecting the first park’s wildlife against undue slaughter and poaching.

“To be considered in the same group as the other award winners – and I worked with a bunch of them – is quite an honor. They are folks that I really respect,” Betts said.

The Harry Yount Award program is sponsored by the NPS Washington Office’s Division of Law Enforcement, Security and Emergency Services, in partnership with the National Park Foundation.