Baldrige in Education: Roots and Reasons for Hope 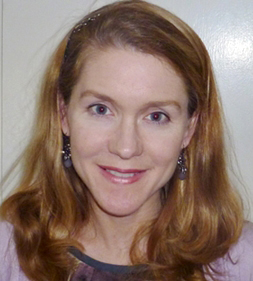 How did a quality awards program originally aimed at helping U.S. manufacturers become more competitive evolve to help school districts and other education institutions improve their performance, too?

Long story, and it starts before 1999, when Congress expanded the eligibility of the Baldrige Awards to health care and education organizations.

In fact, the Baldrige Program began preparing for that expansion in the mid-1990s. Early efforts included outreach to education organizations to seek their input on the criteria and to develop other resources to help such organizations use the Baldrige systems framework to improve their performance.

John served as an education specialist in the Baldrige Program’s offices in Gaithersburg, Md., for the year starting in August 1994.

At the time, he was on a sabbatical from a position at Northwest Missouri State University, where he was contributing to quality initiatives.

He was also completing a Ph.D. program at the University of Nebraska at Lincoln that focused on performance excellence in higher education.

Sue also arrived in 1994 to serve the Baldrige Program as an education specialist. Previously, she had been quality improvement director for the University of Wisconsin’s 26-campus system.

John and Sue were both recruited to help the Baldrige Program develop the first Education Criteria (completed in 1995) and the first case study, which would provide a sample Baldrige Award application for education organizations.

“It was a time to roll up your sleeves and dive right in,” John said. “We were creating an education model that did not exist, so it was a very dynamic period. We were trying to see how the Baldrige Program could aid the education community moving forward.”

John and Sue sought and aggregated input from education organizations and then shared the information with Curt Reimann, the program’s first director, who was overseeing the Education Criteria development.

“We canvassed not just the country but also the international community. We tapped experts in assessment, in organizational dynamics, and in education performance through forums and dialogues,” says John.

He notes that a key to the success of the effort “was creating a platform for collecting a wide array of input. With Curt’s lead, we were systematic about how we wanted to collect input and from whom, creating dialogues throughout that year.”

According to Sue, collecting input from a broad range of educators and organizations, including K-12 schools, technical schools, and colleges and universities, ensured a “diverse and well-rounded perspective.”

She adds that one challenge was the perception that business terminology in the Criteria was not applicable to education organizations.

“In education, students and learning are the key focus, as opposed to customers. It was sometimes a challenge for educational leaders to see their roles in education systems as parallel to those of employees in businesses,” she said.

Another challenge, Sue said, was that in colleges and universities, faculty members have multiple roles in education research and community service.

“We tried to address that in the Education Criteria,” she says.

(Including Los Alamos National Bank), nine organizations have received the Baldrige Award since 2001, and perhaps thousands more have used the Criteria to continually improve their performance. The role models include six public school districts, a public university, an undergraduate business school within a university, and a community college.

Asked about the future of Baldrige in Education, John is optimistic: “The seeds that we planted in 1994 and 1995 certainly have taken root and blossomed over the past nearly 20 years. We’re seeing enlightened educators across the education spectrum, no matter what level or type of education—and we can look with pride at those that have adopted the Baldrige core values and the principles of performance excellence within their own organizations.”

Observing that the Baldrige Program’s public-private partnership is unique and “sometimes taken for granted,” John says he believes “that partnership can be reinvigorated and adopted.” He adds, “The education community needs to continue to partner with the business community and the health care community.

That was our vision back then [in 1994-1995]—that one day, we’ll all be speaking the same language across sectors—and we’re closer to it today in terms of the importance of processes and results, and cause and effect. If we all understand our challenges and how we can partner across sectors, we will continue to enhance the legacy of the Baldrige Program.”

After staying with the Baldrige Program until 2001, Sue continues to apply Baldrige principles in her work today for Health Care Service Corporation, the largest not-for-profit U.S insurer.

“We work with health care providers to ensure quality services for members enrolled in this insurance,” she explains. “We use Baldrige principles to plan for and measure health care outcomes and member satisfaction and other results.”

“There’s a real tie-in between what’s happening in health care and education,” she adds. “Health care is taking a larger share of state budgets, and educators are challenged to get an adequate share for education. So everyone is faced with doing more with less, and Baldrige principles are critical in fostering high achievement.”