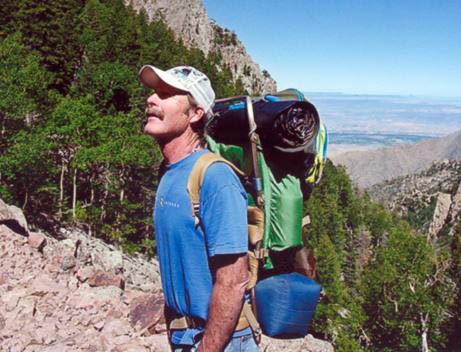 Quotes: The Authors Speak Series presents Tom Harmer, an author who describes himself as a “lifelong student of natural history, outdoor survival and Native practices in the wild.”

The event is 7 p.m. Thursday, June 26 in the Upstairs Rotunda at Mesa Public Library.

Harmer’s most recent book is A Walk Around the Horizon: Discovering New Mexico’s Mountains of the Four Directions (2013).

Near Santa Fe, the New Mexico landscape is framed by four high mountains ─ Sandia to the south, Chicoma to the west, Canjilon to the north, and Truchas to the east. Although they are sacred to the Tewa Pueblo Indians, the four peaks are in different bureaucratic and cultural zones, which means that each peak attracts visitors but few non-Indian travelers visit more than one of the mountains. 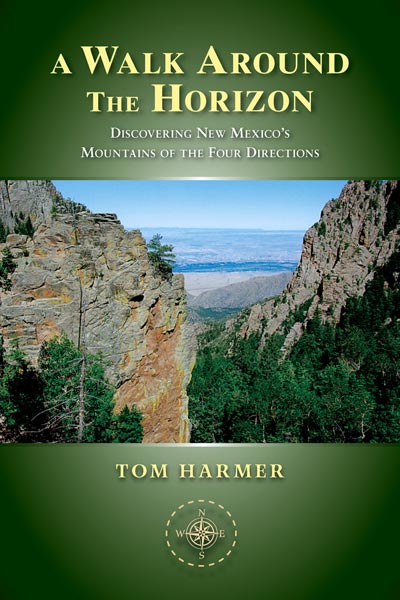 Cover of ‘A Walk Around the Horizon’ by Tom Harmer. Courtesy/MPL

In 2010, at the age of 62, Harmer resolved to climb all four of these mountains in one summer. His chronicle offers a unique view of a montane forest unlike any in the world, where mountain, plain, and desert biota converge.

Harmer’s writing is shaped by years of living off the land, especially the nearly 10 years spent with a band of Salish Indians, which he documented in his previous books Going Native and What I’ve Always Known: Living in Full Awareness of the Earth.

Following the Vietnam War, drifting aimlessly, and desperate to make something of his life, Harmer settled down in the isolated Okanogan region of Washington state. Here he formed close relationships with members of the Okanogan band, adopted their view of the world and participated in their traditional sweatlodge and spirit contact practices.

He found work as they did: feeding cattle, irrigating alfalfa, and picking apples, eventually becoming an outreach worker for a rural social services agency. Guided by an elderly uncle through arduous purification rites and fasts, Harmer gradually absorbed the language, traditions, and practical spirit lore as one of the family.

Years later, after a return to city life and some personal crises, Harmer sought out his Salish teacher and mentor. Together they roamed the mountains and forests. Harmer learned how to interpret his dreams, participate in sweatlodges and healing ceremonies, track and hunt deer, deal with raw fear, and foretell, and even influence, the weather. Guided by his mentor, Harmer gained the knowledge of how to live in a way that benefits and serves the earth and its creatures.

Tom Harmer lives in northern New Mexico. He has spent most of his free time over the past 30 years hiking, camping and climbing peaks in “El Norte,” the northern reaches of historic Spanish settlement.

The Authors Speak Series is a monthly event featuring New Mexico’s authors speaking about their writing on a variety of subjects such as local and state history, travel, outdoor activities, New Mexico fiction, arts and culture, poetry, and more. The series is funded by the Friends of Los Alamos County Libraries. The talks are free. They are followed by the opportunity to meet the authors and enjoy refreshments. Some authors may participate with book sales and signings.