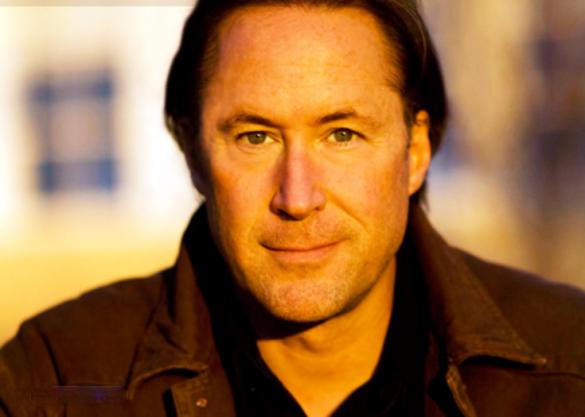 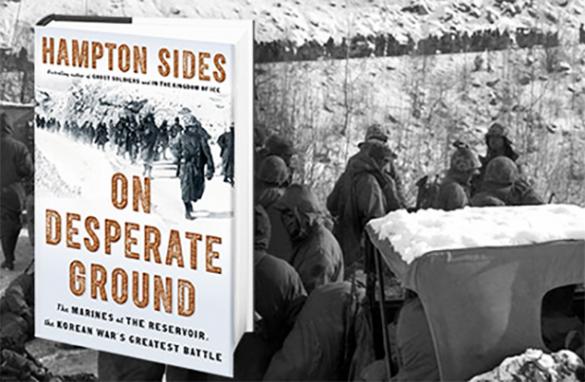 Author Hampton Sides will speak about his latest book On Desperate Ground – the Marines at the Reservoir, the Korean War’s Greatest Battle, at 7 p.m., Tuesday, Dec. 4, at Fuller Lodge. Courtesy/hamptonsides.com
LIBRARY News:
Hampton Sides, the author of the bestselling histories In the Kingdom of Ice, Hellhound on His Trail, Blood and Thunder and Ghost Soldiers, will speak about his latest book On Desperate Ground – the Marines at the Reservoir, the Korean War’s Greatest Battle, at 7 p.m., Tuesday, Dec. 4, at Fuller Lodge.
Sides’ talk is presented by the Los Alamos Public Library with support from Friends of Los Alamos County Libraries.
On Desperate Ground is the story of the battle of Chosin Reservoir in North Korea during the winter of 1950. The title of the book comes from Sun Tzu’s description of nine types of situations in which a battle can be fought, with desperate ground being the most distressing: “a situation in which one’s army can be saved from destruction only by fighting without delay. It is a place with no shelter, and no possibility of easy retreat.”
Sides has been hailed by critics as one of the best nonfiction writers of his generation. In choosing to write about this battle, Sides has said “Few battles can boast so many notable instances of individual courage, carried out in such inhospitable terrain, in such impossible weather, in conditions of such intimate combat, against such overwhelming numerical odds. The extremity of the predicament brought to the fore a naked survival instinct, a ferocious camaraderie, and a rare improvisational spirit.”
Sides describes the soldiers who took part in the U.S. response to the Communist invasion of Korea as “seasoned warriors, men of the Old Breed who had served in the bitter World War II battles of the Pacific- at places like Guadalcanal and Okinawa.” These soldiers were described in one account as “They could load jeeps with their decorations” and would “need a truck to carry off their Purple Hearts.”
Sides’ book is not just about the battle of Chosin, rather it is about the human experience of war. We see the conflict from the point of view of a young medical student in Seoul; from the perspective of Gen. Oliver Prince Smith, who had serious misgivings about the invasion itself; from an injured soldier who made it out despite horrible injuries; from a Black pilot whose only hope was to survive and return to his beloved wife.
The cold itself is a character in this story. “Sometimes the trees would explode from the severe cold, their trunks emitting a concussive snap,” Sides writes.
As with all of Sides’ writing, this book is the product of extensive research. Sides has done dozens of interviews, visited several archives, consulted veterans’ publications, read dozens of first-hand accounts, and consulted magazines, books and documentaries on the subject.
Mesa Public Library has been undergoing substantial renovations, but is expected to re-open to the public on the same day as the talk, Tuesday Dec. 4.
Authors Speak programs are normally held in the Upstairs Rotunda at Mesa Public Library, but this talk will be held in Fuller Lodge in order to accommodate a larger audience. The History Museum gift shop will sell books in the Lodge.
For more information about library events, click on the “Events” tab at losalamoslibrary.org or call 505.662.8250.
Menu
Los Alamos
84°
Partly Cloudy
5:49am8:24pm MDT
Feels like: 84°F
Wind: 15mph NNW
Humidity: 12%
Pressure: 29.59"Hg
UV index: 9
MonTueWed
84/57°F
90/66°F
88/64°F
Weather forecast Los Alamos, New Mexico ▸