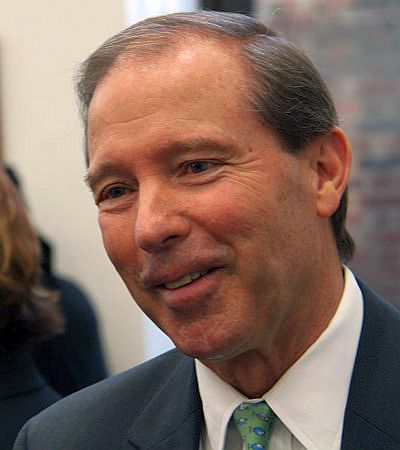 Click here to listen to the full audio online.
Click here to download the audio.
Below are highlights from Udall’s remarks:
0:00 – Udall expresses his support for Americans serving in the Middle East and discusses the loss of four Americans in Libya last week, including Ambassador Chris Stevens.
0:28 – “Ambassador Stevens had a deep commitment to the people of Libya, and hope for their future as a strong, democratic state. As President Obama said, the act of violence that took their lives was outrageous. I strongly condemn this unjust killing.”
1:11 – Udall discusses the Senate Veterans Committee’s unanimous passage of his Open Burn Pits Registry Act. He emphasizes its importance to service members like MSgt Jessey Baca and his wife, Maria. Jessey has experienced major health problems since returning from service overseas, possibly due to the open-air pits that burned toxic chemicals and waste near his station.
1:59 – “Sadly, his case is not unique. So our bill would create an Open Burn Pit registry to track the symptoms veterans are experiencing and their proximity to the pits. Similar registries were created in the past for Agent Orange and Gulf War Syndrome. This is the next step in addressing the suffering of these men and women. It means a lot to veterans like Jessey and his family, and we’re working to get it done before the end of the year.”
2:27 – Udall previews this week’s Senate business, including a vote to fund the government for the next six-months and continued debate on the Veterans Jobs Corps Act of 2012. Udall also stressed the importance of extending the Farm Bill, which expires on Sept. 30:
2:57 – “It is unclear how this extension will take shape, but our farmers and ranchers do not have the luxury to continue to wait for drought disaster assistance. The Senate has passed a good, bipartisan bill. Now that the clock is running out, I hope the House will still consider following suit.”
3:28 – In response to questions, Udall gives his thoughts on the Washington Post’s recent articles on the U.S.’s nuclear arsenal and its aging infrastructure.
7:16 – Udall fields a question on the drought assistance included in the Farm Bill.
8:57 – Udall describes the dry conditions he saw while in Southeast New Mexico over Memorial Day weekend.
10:01 – Udall talks about his office in Carlsbad and the valuable services it provides.
Menu
LOS ALAMOS