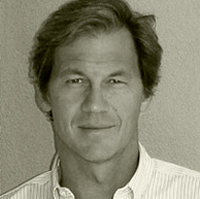 Attorney John Day of Egolf + Ferlic + Day law firm in Santa Fe issued the following response moments ago on behalf of his clients Janet Newton and Maria Thibodeau to the statement issued today by Los Alamos County Clerk Sharon Stover regarding her position on the issuance of same sex marriage licenses.

Stover denied Newton and Thibodeau a marriage license late last month and the couple hired Day to represent them in court action against her.

“We filed a petition for a writ of mandamus in District Court requesting that Judge Sheri Raphaelson order the Los Alamos County Clerk to issue a marriage license consistent with what is being done in other counties such as Albuquerque, Santa Fe, Taos and Dona Ana,” Day said at the time.

Today’s response is as follows:

“It is important for the citizens of Los Alamos to know that their elected clerk has asked them to take a back seat to plaintiffs in Albuquerque and to let a similar lawsuit elsewhere take precendence over the case before Judge Raphaelson in Los Alamos. By seeking a stay in this case, Clerk Stover is ‘forum shopping’ – shopping around to try to find a judge and a region of the state that she likes better than what she has in Los Alamos County.

“Our clients believe that Judge Raphaelson is exactly the right judge to decide their case – at home in Los Alamos County. Clerk Stover’s decision to ask her constituents to wait while an Albuquerque judge acts is as surprising as it is unsupported in the law. Simply put, there is no reason why Clerk Stover should force Janet Newton and Maria Thibodeau to move to ‘the back of the bus’ to wait months for a different lawsuit elsewhere to be resolved.

“As we have seen in recent weeks, the Supreme Court’s decision to act quickly in this case is anything but certain. This makes Clerk Stover’s decision to ask for a stay even more puzzling. We and our clients believe that the case before Judge Raphaelson is just as far along as is the Albuqerque case and that mechanisms for consolidation before the Supreme Court remain available. Simply put, there is no reason to wait to bring marriage equality to Los Alamos.”

Judge Raphaelson has ordered Stover to appear before her in District Court at 10 a.m., Wednesday at the Justice Center in downtown Los Alamos to explain why she refuses to issue same sex marriage licenses.

In Stover’s statement earlier this afternoon, she said the State statute dates back to 1961 and does not cover same sex couples, that it needs to be updated by the New Mexico Legislature and that she will be breaking the law if she does issue marriage licenses to same sex couples under the current statute.