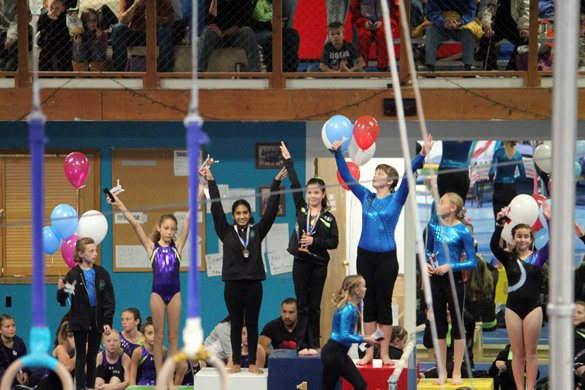 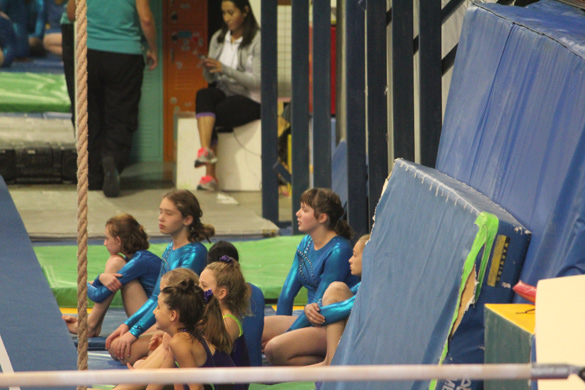 Contenders wait in the wings. Photo by Martha Hutchens

In the younger gold division, Addie Richie took silver on bars with 9.225 and Brianna Fryer took bronze with 9.00. The gold division is coached this season by Jessica Allen.

In the silver younger division, Kaeley Bustos took bronze in the all-around with 34.50. Bustos also took gold on beam (8.90) and bronze on vault (8.30). Andrea Chapman took bronze on beam with an 8.50. Sara Gardner’s high finish was fourth on beam with 8.30. The silver division is coached this season by Janice Miko.

In the level 4 younger division, Kayli Lincoln took bronze on floor with 8.85.

In the level 4 older division, Hannah Gram competed in her first meet of the season. Claire Garnett is coaching the JO team this season.