ACCT’s cast of Disney Peter Pan Jr. would like to invite the Los Alamos community to this weekend’s performances at Smith Auditorium. Courtesy photo 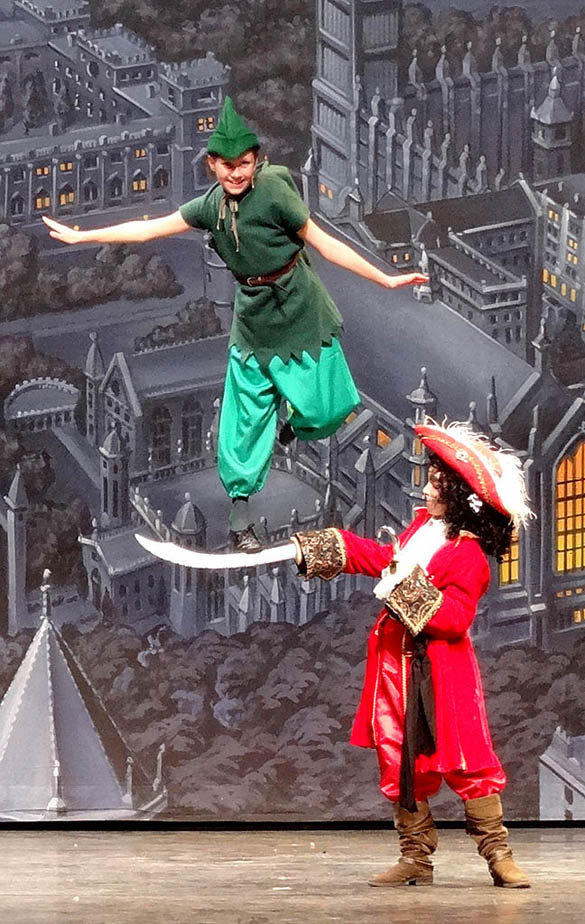 “Disney Peter Pan Jr. is a really fun show with some of Disney’s most famous characters including Peter Pan, Wendy, Captain Hook and of course, Tinker Bell and features many memorable Disney songs including, You Can Fly, Never Smile at a Crocodile and of course, Yo Ho, A Pirate’s Life for Me!,” Daren Savage said. “We’re very excited to be partnering with Flying by Foy’ who will be providing the flying effects for Peter Pan Jr. Mark Kostuch , our Flying Director couldn’t have been more accommodating during our flying rehearsals and made Peter Pan a fun experience for our students. Mark also helped us come up with some spectacular flying sequences.”

For more audition information about the show, or print the performance flyer, visit ACCT’s website at www.AtomicCityChildrensTheater.com.