ACCT’s jam-packed season begins in August with the return of their popular ACCT Summer Workshops. The Summer Workshops are 9-11 a.m., Aug. 1-5 in two locations at the high school. The Dance, Acting and Music workshops are in the Topper Theater Monday-Wednesday. The workshops will then move to Smith Auditorium Thursday-Friday for the Stagecraft/Prop and Makeup workshops.

ACCT Director Daren Savage said,  “This is a great way for students to finish the summer break and begin getting ready for our exciting upcoming season. We will use material from our 2016-17 season for the workshops.” Registration is now open for the ACCT Summer Workshops. Registration packets can be downloaded from the ACCT website. 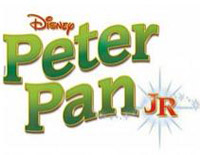 ACCT is proud to present three different shows for its upcoming 2016-17 season, beginning with Disney Peter Pan Jr. in November. Peter Pan Jr. is based on the Disney film and J.M. Barrie’s enchanting play.

Savage continued, “We’re very excited to partner with Foy Inventures who will provide the flying effects for Peter Pan Jr. We have arranged for Peter, Wendy, John and Michael to fly in this show. Peter’s final battle with Hook will be thrilling and something that has never seen on the Smith Auditorium stage!”

Auditions for Peter Pan Jr. will be held in the Mountain Elementary School gym on Wednesday, Aug. 31 from 2-4 p.m., and is open to 5th and 6th grade students in the Los Alamos area. Registration begins at 1 p.m. Public performances of Disney Peter Pan Jr. are scheduled for Nov. 18-19, 2016 at Smith Auditorium.

ACCT will continue its light-hearted season with DreamWorks Shrek the Musical Jr. in February.

Shrek The Musical Jr., is based on the Oscar-winning DreamWorks Animation film and fantastic Broadway musical. Part romance and part twisted fairy tale, Shrek Jr. is an irreverently fun show with a powerful message for the whole family.

Auditions for Shrek Jr. will be held in the Mountain Elementary School gym Saturday, Nov. 5, from 1-3 p.m. and will be open to Los Alamos area middle school age students. Registration begins at noon. Public performances of Shrek The Musical Jr. are scheduled for Feb. 24-25, 2017 in Smith Auditorium.

Based on the beloved Disney animated film, and featuring a jazzy, upbeat score, The Aristocats KIDS is a non-stop thrill ride of feline fun, complete with unbelievable twists and turns.

To make their 2016-17 season even more exciting (if that’s possible), ACCT will travel to iTheatrics’ first west coast event, the Junior Theater Festival West (JTF West), scheduled for Feb. 10-12, 2017 in Sacramento, Calif. Auditions for JTF West will be held in the Mountain Elementary gym on Saturday, Sept. 3, from 1-4 p.m. Registration begins at noon. The JTF West field trip is open to all Los Alamos area students ages 8-18.

For more audition information, or to download the ACCT Summer Workshops registration packet, visit the ACCT website at: www.laschools.net/ACCT.